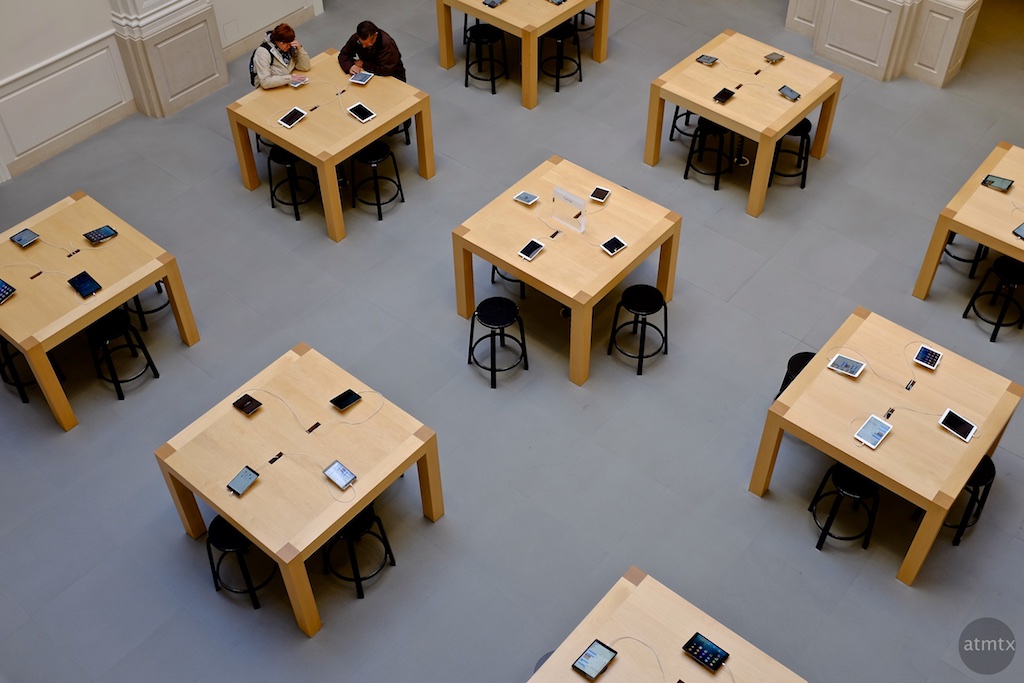 I went back into my archives to find this photo, from 2014, located in my Aperture 3 library. After two years of using Capture One, the Aperture keyboard shortcuts that, I thought, were ingrained in memory, are starting to falter. A lot has happened for me, photographically, in four years. Back then, I was using my Fujifilm X100s quite extensively, and organizing my images in a photo management program that’s no longer supported. But the memories and images persist, for now.

I shot this in the Apple Store in Amsterdam. As a photographer, there’s joy in finding repeating patterns. Especially when there’s one, out-of-place. I jumped at creating this image when I saw this scene from the second floor balcony. At one time, though I don’t know if it’s still true, the Amsterdam Apple Store had the longest Genius Bar in the world.