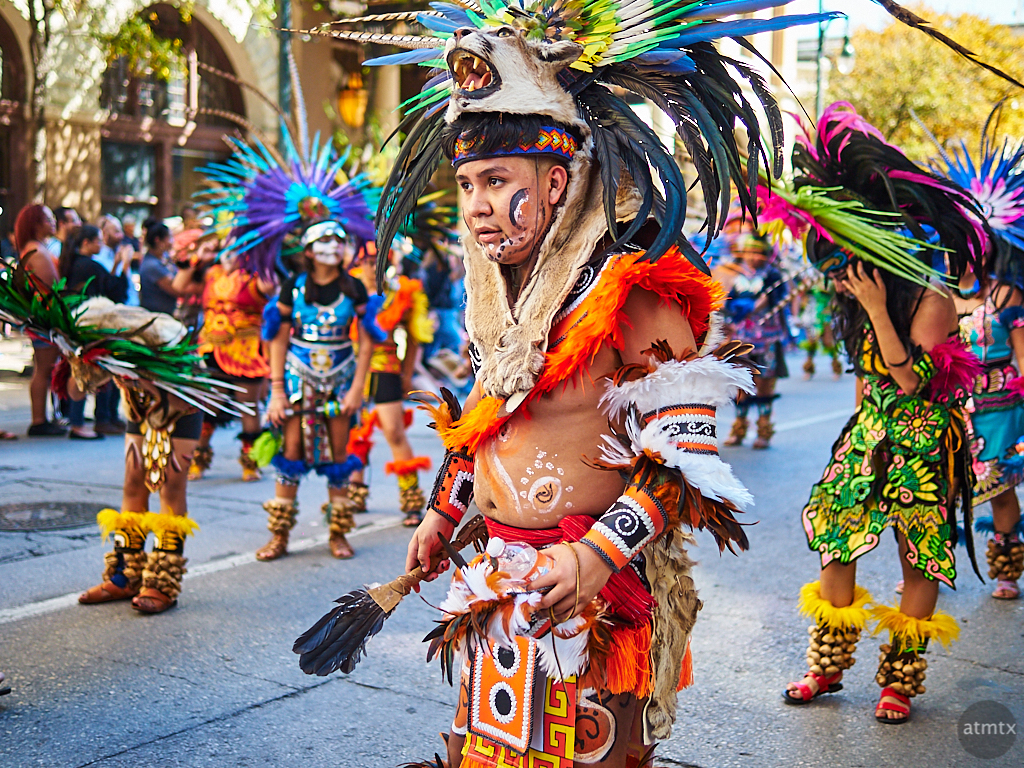 Every year, the Austin Dia de los Muertos Parade seems to get bigger. Both in terms of participants and spectators. This is the 35th annual Viva La Vida Parade sponsored by the Mexic-arte Museum and the City of Austin. Though I like documenting the pre parade activities the most, certainly shooting the actual parade, with the dancing and music are well worth it.

Last year, I shot most of my parade photos along Congress Avenue. The broad street, the tall buildings, and the State Capitol in the background serves as a worthy backdrop. This year, they put barricades on Congress making this kind of shooting difficult. Perhaps the event has outgrown the more casual setup of years past.

I confined myself to 6th Street. I’ve commented how the direct sun of this year’s cloudless day added an extra challenge. Harsh light is not ideal for photography. As I moved with the parade, I found an area in shadow and that’s where I settled. Open shade can be your friend in situations like this. While the background may be blown out, the foreground subject benefits from even controlled light.

The parade is divided into several sections and the Pre-Columbian dancers with their colorful feathers is my visual favorite. They are over-represented in this Photo Essay of eighteen images, but I captured most of the participating groups. Enjoy. 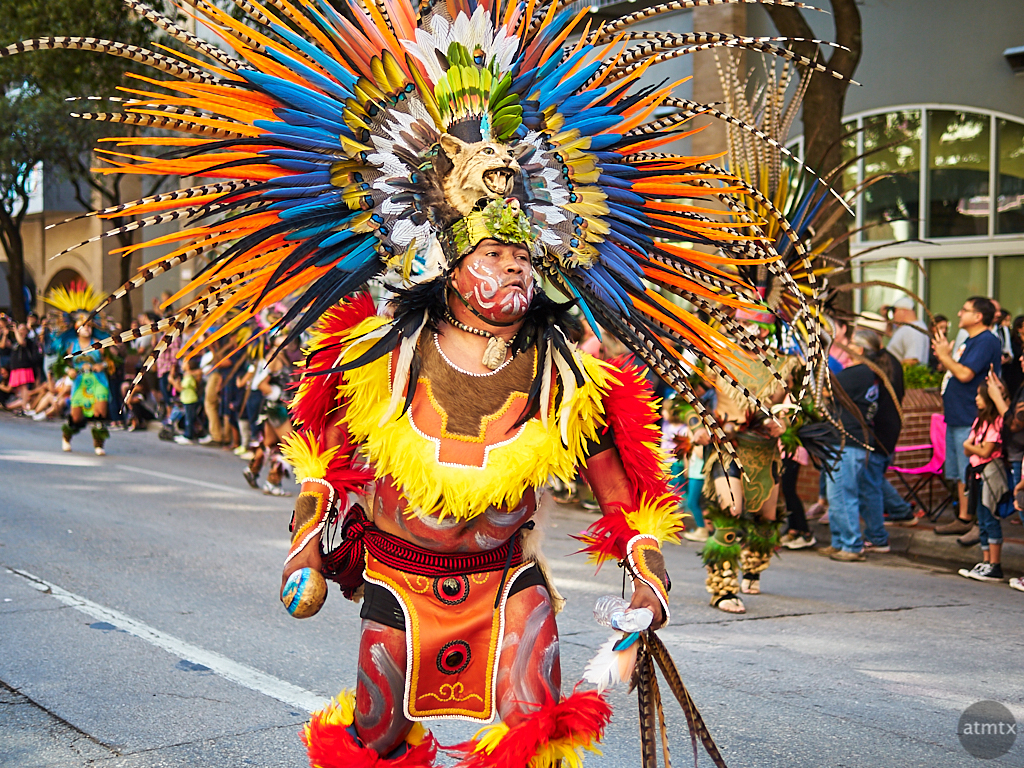 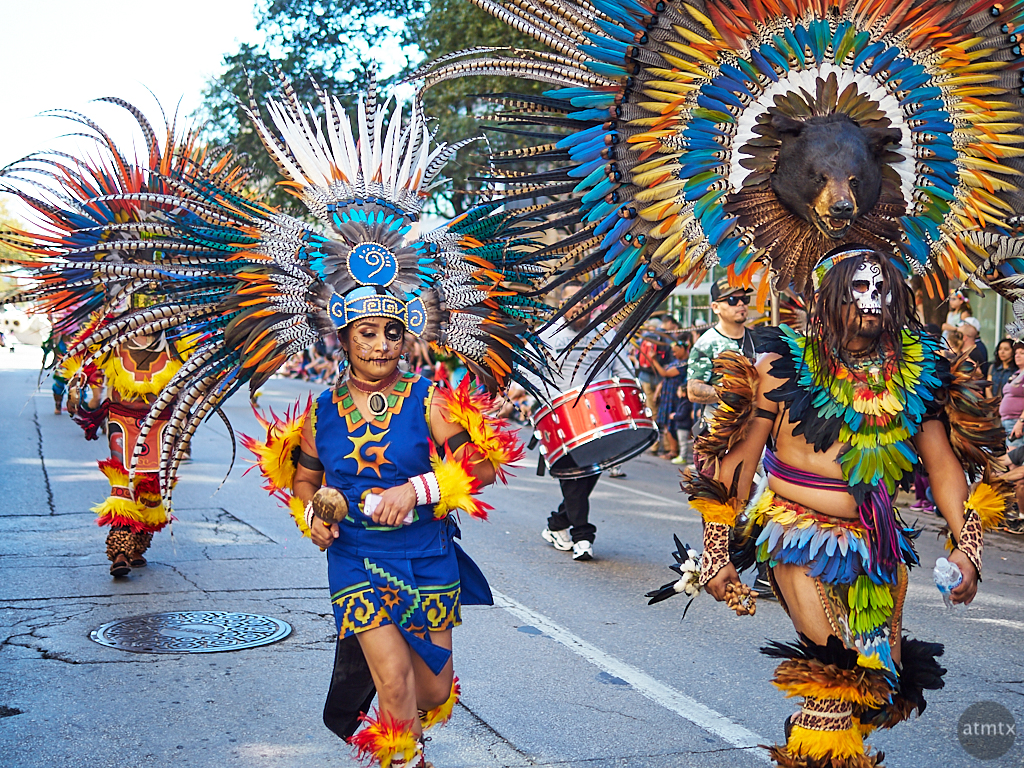 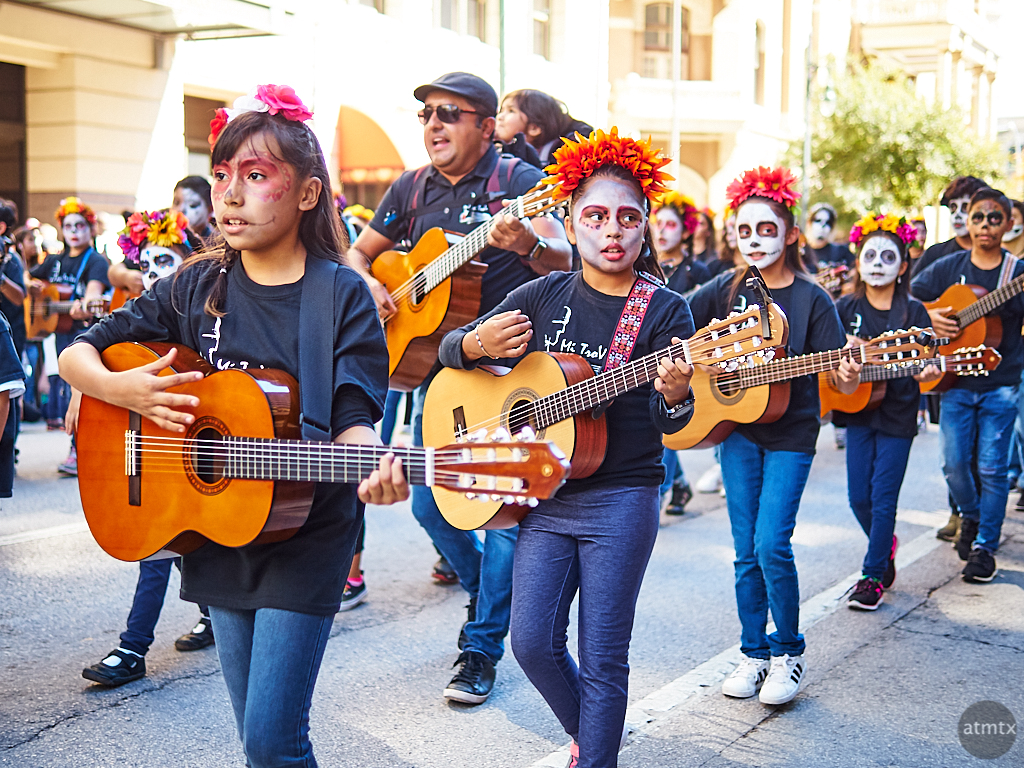