Over the last few days, I’ve been testing some new photo software technology. It’s supposed to be using AI (Artificial Intelligence) to reduce noise and sharpen images. I’m not sure if it’s truly using AI or it’s clever marketing, but I like the results so far. It’s made by Topaz Labs and the product is called A.I. Clear.

Over the years, I’ve bought several plugins from Topaz Labs and used them for specialized purposes. While A.I. Clear can’t perform miracles, it seems like a solid step above their previous plugin, Topaz DeNoise, which I’ve also previously purchased.

In my recent coverage of the Diwali celebrations, I mentioned that I was disappointed with the performance of my Canon 6D. ISO 12,800 didn’t seem as capable as I remembered it and perhaps ISO 10,000 is about my upper limit. This is where A.I. Clear can help.

I shot the photo above at ISO 12,800 at 1/320 of a second. The shutter speed was decently fast to stop action but the high ISO made the image too noisy. With A.I. Clear, I’m now happy with the results. Compared to the older DeNoise, which left some blotchiness, the new AI driven software is a lot smoother and a touch sharper in the details. 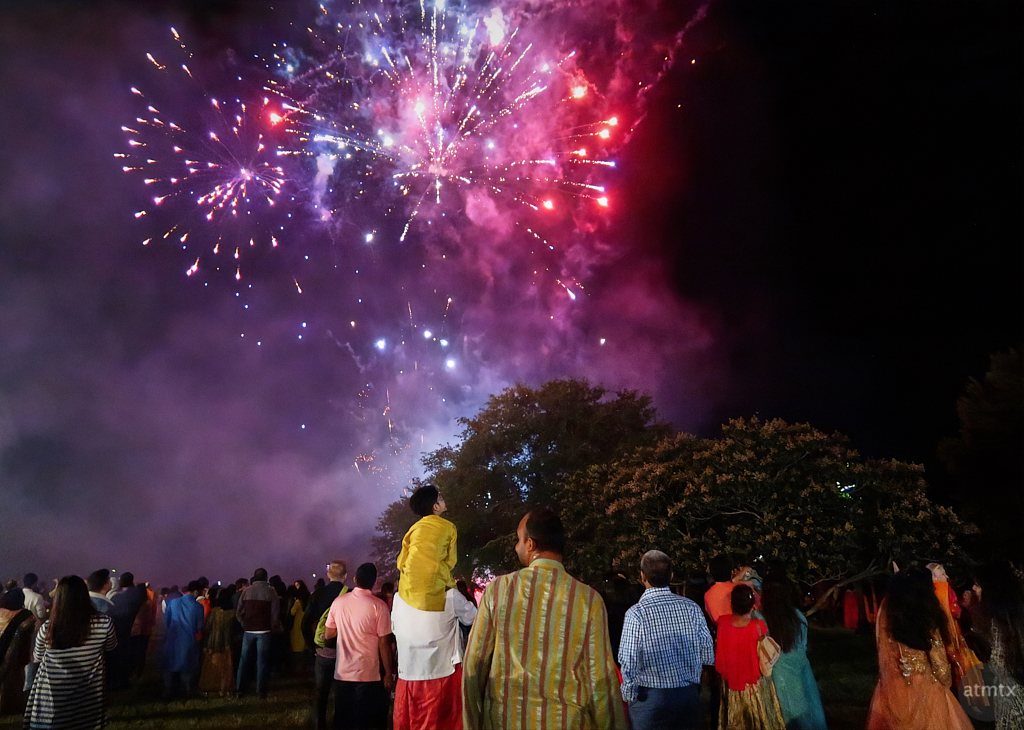 My second example is from the compact Canon G7X Mark II. With a significantly smaller one inch sensor, the low-light capabilities are severely limited. I like to stay below ISO 800 – 1600, if possible. Photographically, I don’t think this is very good picture (this is my favorite fireworks photo of the night, which I shot with the Olympus PEN-F). It was a quick snapshot that I just happen to make. Think of it as a technology demonstration.

I shot this at ISO 3,200 and both the RAW and JPEG were horrible — a true throw away photo. The JPEG is actually preferable with better color and less (but still significant) noise. The JPEG at ISO 3,200 was more noisy than the Canon 6D’s RAW file at ISO 12,800. I passed the JPEG through A.I. Clear and I was rather impressed with the results. Click on the photo to see a larger version. After cleaning the image with A.I. Clear, I did some additional post processing to brighten and saturate the colors.

The bottom line? This new A.I. Clear software expands the upper limits of shooting in tough dark conditions. And, because of this, I’ll probably be able to create photos that I previously thought impossible. In the fireworks photo, for example, instead of shooting at 1/60 of a second, I could have shot at 1/30 or even 1/15 of a second, getting more dramatic fireworks trails in the process. Using A.I. Clear, I would be able to create a high-quality image cleaning up a ISO 1600 or 800 image instead.

A.I. Clear as well as Topaz plugins are on sale through Cyber Monday at 25% or more. I already purchased my copy, after a few days of testing. Satisfied that it will extend my photographic possibilities.

6 thoughts on “Pushing the Limits with AI Technology”