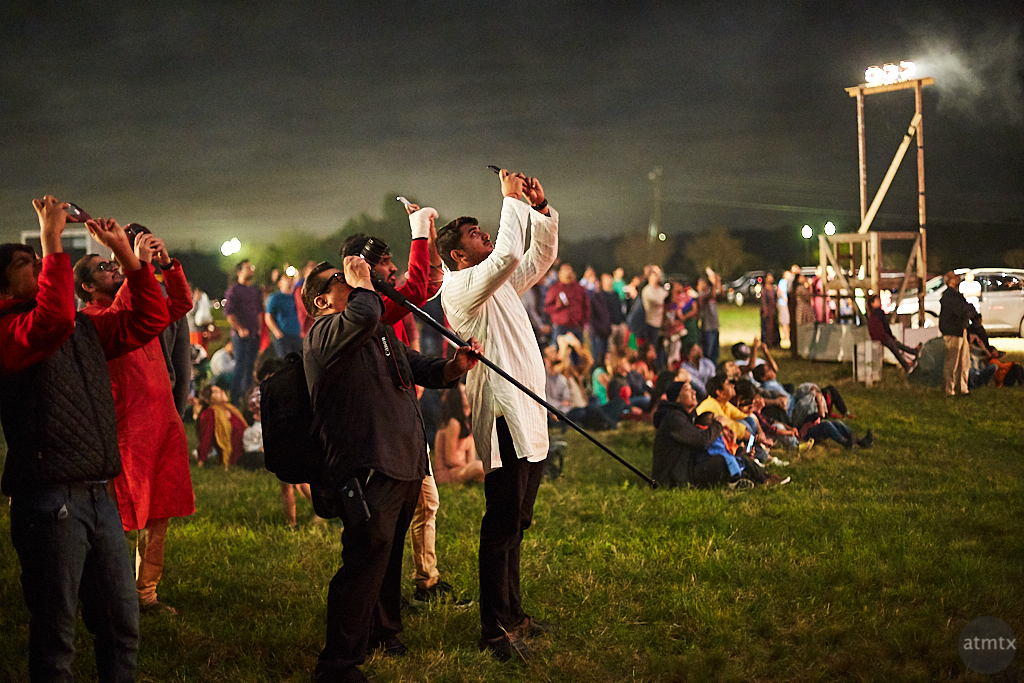 Yesterday, I said that I brought along another camera, in addition to my primary, the Olympus PEN-F. It was the Canon 6D, which I mention from time to time on this blog, but hardly ever shoot anymore. I dusted off my 6D, attached my Canon 50mm f1.4 and had some level of confidence that I had a capable low-light machine. After all, this is still a modern DSLR with a full frame sensor and with a f1.4 lens.

My main purpose was to shoot the dance at the end of the festivities. The dim lighting and fast action made it impossible to shoot tack sharp and at high quality with the Olympus. The Canon 6D was going to solve that. Except it didn’t.

Before I get into the 6D’s performance at the dance, I’ll tell you how it worked in general. I shot the Canon along with the Olympus throughout the night. I knew going into this that the mirrorless Olympus with the swiveling LCD has a superior and more fun shooting experience. But, the Canon would have the image quality advantage, right?

The delightful and moody warm light of families with sparklers was my first test. In fact, this photo, that I shot with the Olympus is my favorite. Perhaps 80% of these photos where technically strong, shot with the PEN-F — well focused and sharp. The technical keeper rate was way less than 50% with the Canon 6D. I was very surprised.

I noticed that even at 1/125 of a second shutter speed, many of 6D photos showed some motion blur. Those in focus were not as sharp as the Olympus and the sought after shallow full-frame depth of field usually worked as a disadvantage. One person might be in sharp focus, while the adjacent family members were soft. Exposure accuracy was also a problem.

How can this be? Some of it is certainly due to my poor technique. I rarely shoot the 6D, so I’m out of practice. I’ve come to rely on the in-camera image stabilization with the Olympus. Thus, even when shooting at a slower 1/80 of a second, I get rock steady pictures. The vibration inducing flapping mirror and the non-image stabilized Canon with the 50mm lens, requires a more exacting technique — more than I ever remember. Finally, the Canon 50mm f1.4 is a not very sharp lens, especially wide-open.

I also knew that the Canon does not expose as accurately as the Olympus and the focusing system is not any better. These are limitations of the camera. The full frame sensor creates a shallower depth of field which may work better for portraits, but not as well for these type of candids.

But how did the Canon perform during the dance? From my flawed recollection, I thought anything up to around ISO 10,000 was pretty good with the 6D. That, along with the f1.4 lens would give me superior low-light powers. Except, the high-ISO performance was not quite as good as I remembered, at least using the Capture One RAW processor. I would say, the Canon has a one to one and half stop advantage over the Olympus. Much less than I thought. So ISO 6,400 on the Olympus was a little more noisier than ISO 12,800 on the Canon.

Between the soft Canon 50mm f1.4 lens, the less than stellar focusing system, and not as expected high ISO performance, I didn’t make the kind of image I was hoping for. And, beyond the technical quality, I found artistically, I preferred the mood of a motion blurred dancer, over a tack sharp, static image.

What was my favorite Canon 6D photograph? The one up top of spectators watching and photographing the fireworks show. Shot at f1.6, ISO 8,000 and 1/50 of a second. Could I have shot this with the Olympus? Probably. I would have shot it at 1/20 of a second at f1.4 at at around ISO 3,200. The only advantage of the Canon? A shallower depth of field, which works well in this picture.

Is the Canon 6D a capable camera? Sure. And, with more practice, I’m sure I can increase my keeper rate. There are also newer mirrorless full-frame cameras with in-body image stabilization, better focusing and better optics. But, I’ve come to realize that in almost every case, the Olympus does what I need it to do. Fast action dancing at night is one of the toughest scenes and one that I hardly ever shoot. I’ve come up with an artistic treatment that I like better that also overcomes technical limitations.

Which goes to show, the more portable, more fun Olympus system gives me higher image quality than the Canon 6D. Perhaps not in a controlled lab test but under real shooting conditions. The appeal of full-frame continues to diminish, at least for now.

6 thoughts on “The Disappointment of the Canon 6D”