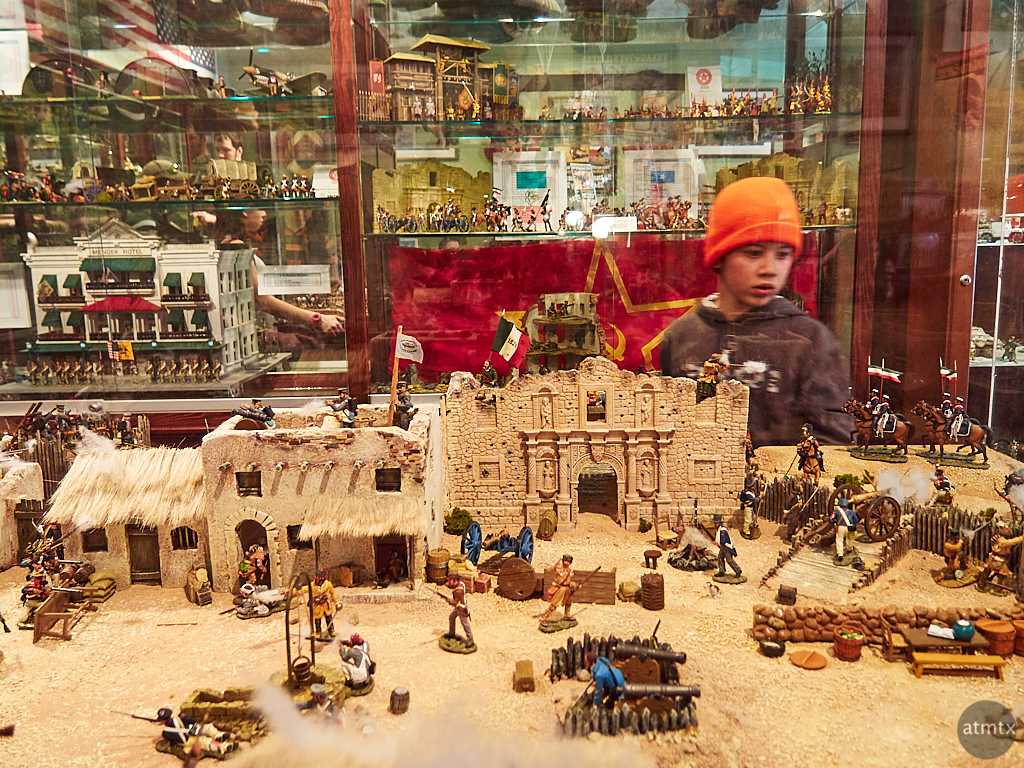 In Texas history, the Battle of the Alamo is pivotal. Though the Texians lost the battle to the Mexican army under Santa Anna, the loss galvanized support for Texas Independence and they defeated Mexico a month and a half later. Texas became a separate country, the Republic of Texas, for 10 years before joining the United States.

My family happened upon this really neat store, Kings X Toy Soldiers in the Hotel Menger, right next to the modern day Alamo. The detailed diorama was a marvel and a treat.

The story of the Alamo is so mythic in Texas, I was underwhelmed when I first saw the actual mission turned battleground. The original site is scaled back and sits in the heart of downtown San Antonio. It’s the kind of place that you’ll miss if you drive past, unaware. It’s also surrounded by a cacophony of tourists shops that diminish the area. There are plans in the works to make it into a grander space in keeping with its importance in Texas history.