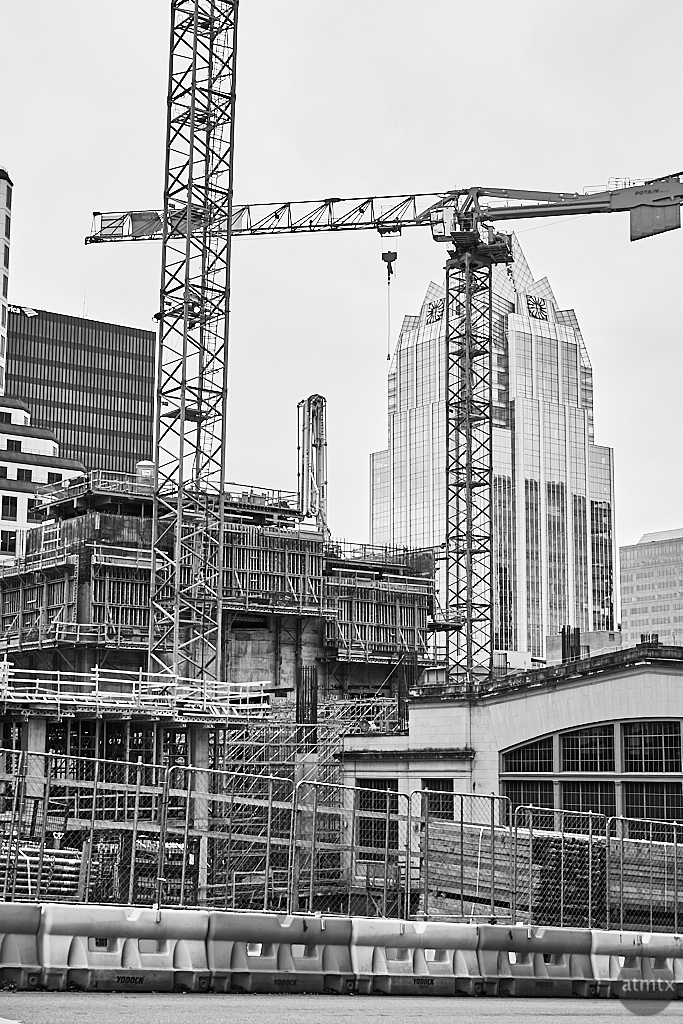 The development in downtown Austin continues at a brisk pace. Although the group of buildings near the 2nd Street bridge are nearly complete, throughout the central business district, there are a number of projects in various phases of development. It’s nice to see underutilized surface parking turn into something more useful and revenue generating for the city.

The Frost Tower, which is the pointy building in the background, seemed to be an inflection point for renewed downtown development. Completed in 2003, it was the tallest building in Austin for a while. Now, three others have exceeded it. Interestingly, Wikipedia says it was the first high-rise building constructed in the U.S. after the 9/11 attacks. Though iconic (for Austin), that stubby tower needed to be twice as tall or half as skinny, in my humble opinion. 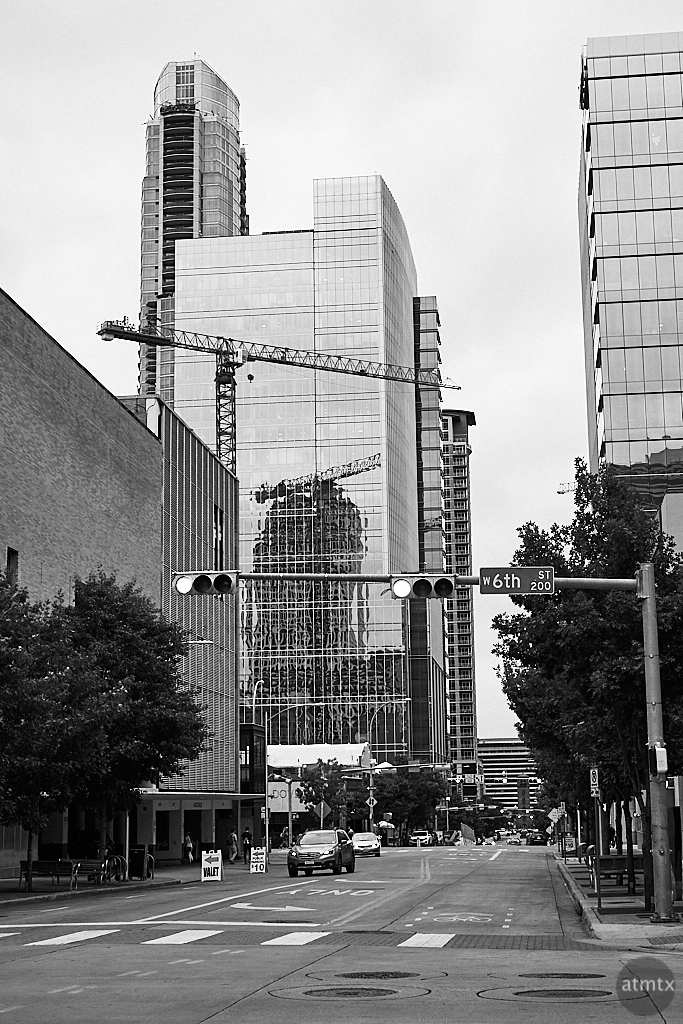 All but this second photo are actually from the same construction site. The other photos show the beginning stages of a 36-story office building with an interesting shape, mercifully deviating from the standard rectangular box. It also integrates with a historic 1914 post office, which will be turned into a food hall with dramatic views to a small park. It appears to be a worthy addition. 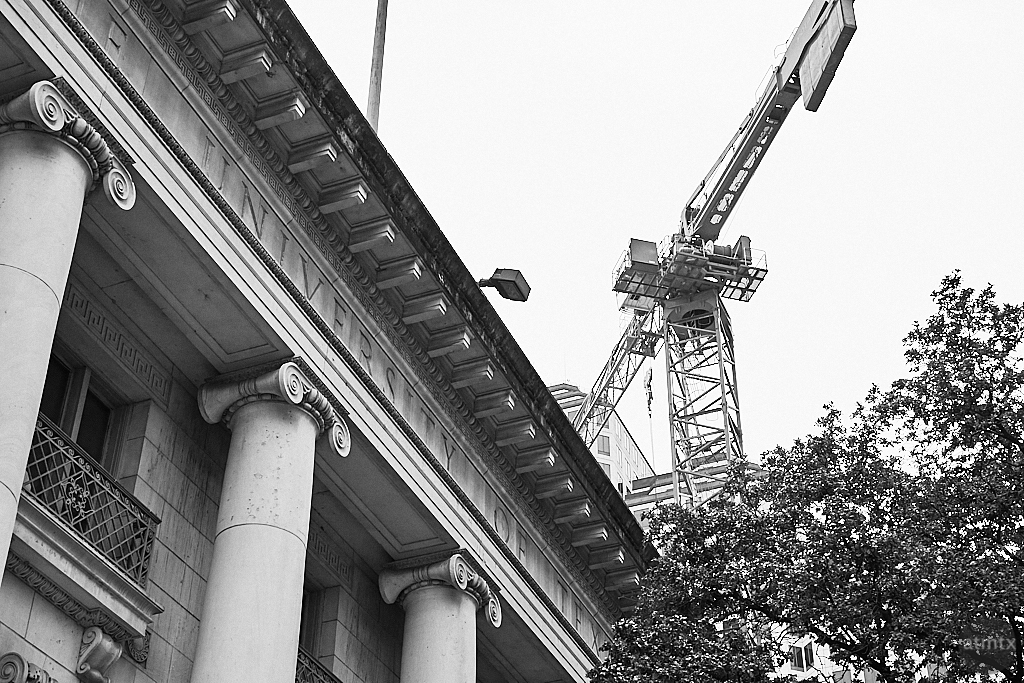 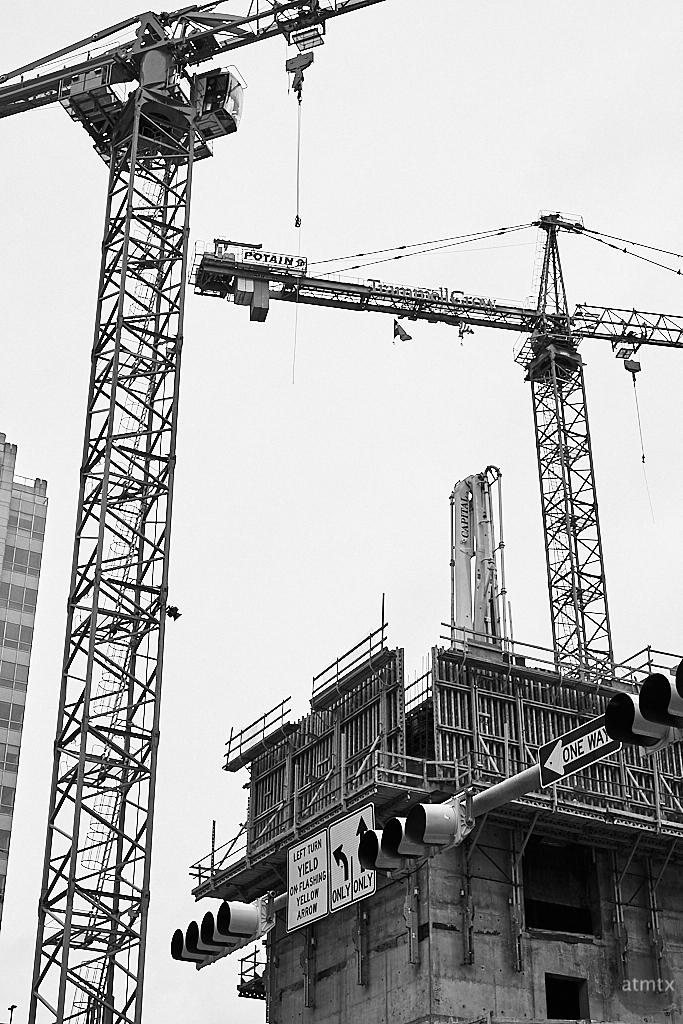 The newer developments in Austin seem to be of better quality and design. Unlike the utterly boring high-rises from the seventies and eighties, at least there is some variation to the structures.

I wonder when the building boom will end?