Here are a few concert photos I shot in Taylor, of my friend Lowell and his band, Faith Hope Live. They are a tribute band for a group called King’s X, which apparently defies convenient categorization. Of course, we can get into a topic of if art or music needs to be categorized at all. But, for the sake of simplicity, Lowell says they are Progressive Rock. Wikipedia says they combine, “progressive metal, funk, and soul with vocal arrangements influenced by gospel, blues, and British Invasion rock groups”.

It’s not necessarily the kind of music I usually listen to, however, I enjoyed the concert and I’m glad I went. A big part of the enjoyment was knowing a performer on stage and a bunch of mutual friends that were in the audience. It felt good to support a friend and it was a privilege to capture photos of the performance. Lowell doesn’t do this full time. It’s a hobby for him like my photography. I feel like both our hobbies intersected that night and we shared each other’s craft and passion.

I used two cameras for the performance — the Fujifilm X-T10 with the 56mm f1.2 and the Olympus PEN-F with the 25mm f1.4. Both are large aperture lenses to capture as much light as possible, so that I can up the shutter speed and keep ISO levels reasonable. The lighting at the Black Sparrow wasn’t as bad as I initially feared. The camera setup worked nicely as well as the two focal lengths.

The photo up top is the Olympus, which is more colorful than the Fuji. Altogether I created an album of 113 selects for the band to go through and pick their favorites. 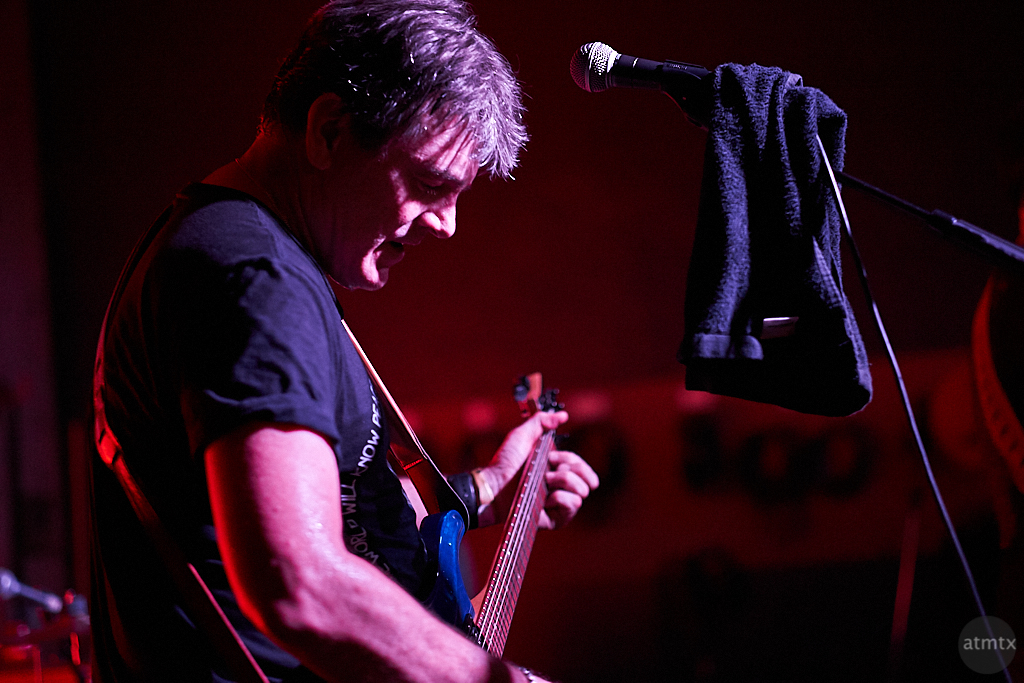 This closeup of Lowell is his wife’s favorite. Lowell was nice enough to say he liked all of the photos.

The focusing on the Olympus was faster and more assured compared to the Fuji X-T10. I was unsure of the Fuji’s performance, as well as the razor-thin depth of field created at f1.2. But, surprisingly, most turned out well. I usually say, things always look good on the small screen — on the back of the camera — but the real test is the big computer screen. This was one of the rare times when I was more impressed with the results on the computer. The Fuji X-T10 is a four-year-old camera and the focusing is not quite refined, but I found it surprisingly capable.

The shared album was almost all in color, but I converted a few to black and white, which I prefer. Here’s one of my favorites.

One thought on “Faith Hope Live”