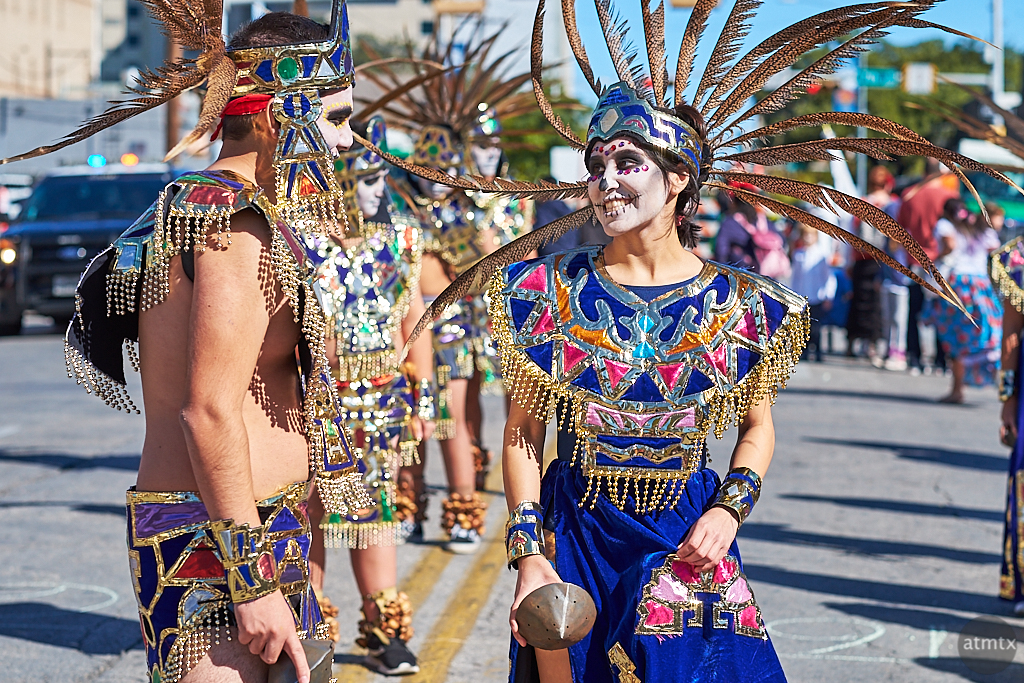 Today is officially the last day of Dia de los Muertos, which started on October 31st. However, the big parade in downtown Austin happened exactly a week ago on Saturday. I was down there with three cameras in hand, shooting the action.

As with the previous years, I enjoy the pre-parade set up more than the main event itself. I get to make candids as the people prepare and rehearse. I was there an hour before it started, and this year my younger son came along. He had a cultural assignment for Spanish class.

Every year, I change the cameras I bring, just to keep it fresh. For 2019, I had my Fujifilm X-T10 with the 56mm f1.2 lens, the Fujifilm X-A2 with the 35mm f1.4, and the Olympus XZ-1 point and shoot. Today’s featured photo was with the X-T10. The 84mm equivalent lens did a good job of blurring out the background, which conveniently reduced the clutter.

I’ll feature photos from all the cameras throughout this year’s Dia de los Muertos series, which starts today.