I was busy in October, attending some photo-worthy events. I already posted six from the Dia de los Muertos parade and today I start my Diwali coverage. Yes, we jumped from the Mexican Day of the Dead celebration to the Indian Festival of Light. Luckily, both were local in Austin, so I didn’t have to jet across the world. Diwali actually happened first, but I opted to feature the Mexican event first.

As usual, I brought many cameras. Three again this time, though slightly different from the ones I used at the Mexican parade. Today’s Photo Essay snapshots are courtesy of the Olympus XZ-1, which I admittedly been using a lot these days. I often mention how I like the colors of this camera, though this eight-year-old point and shoot has low-light limitations. However, that’s precisely why I brought it. I wanted to test it and my skills under challenging lighting conditions.

The camera did better than I thought. The added grain and some motion blur created a casual snapshot character, which I also enjoy.

The main temple building is always my first focal point. I like it because it doesn’t look like Austin. But it is. It’s great to have that travel photography feel, while still being local. 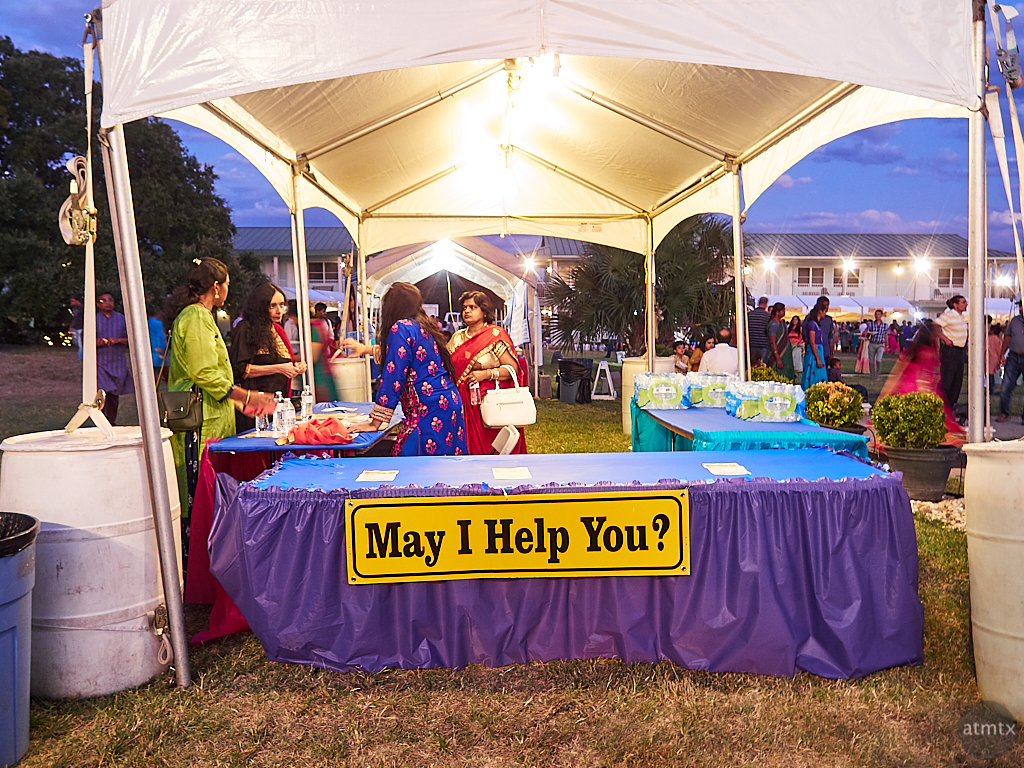 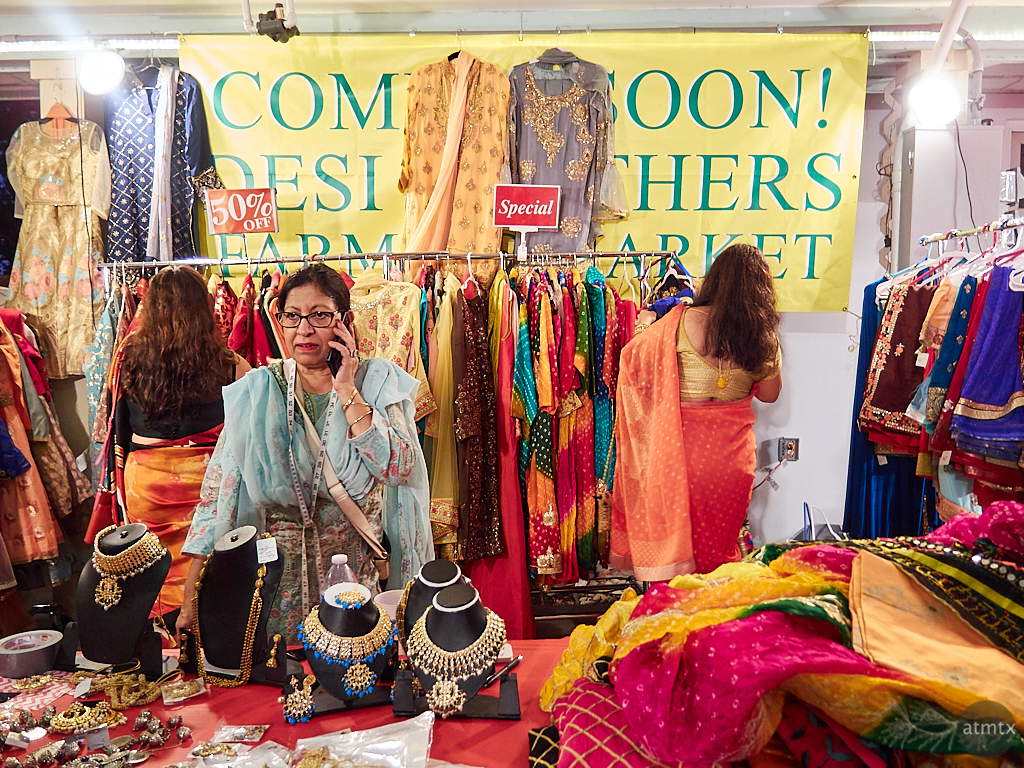 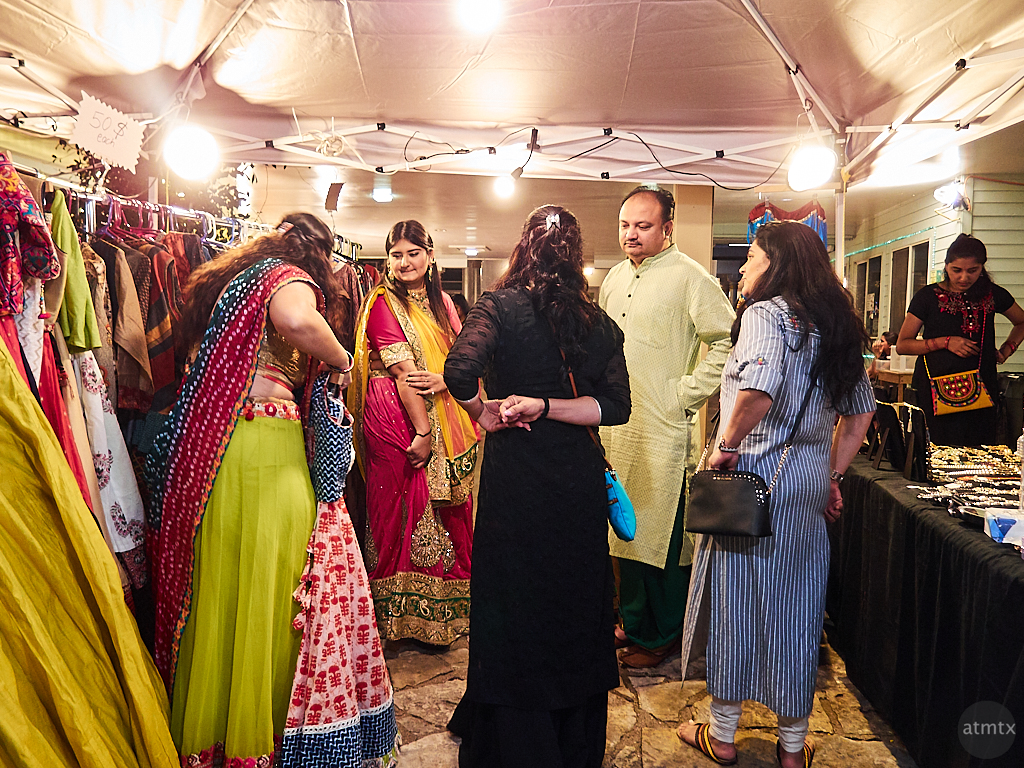 The grounds are considerable, and they had a cluster of tents that sold Indian merchandise. I was comfortably documenting it with my unobtrusive point and shoot camera. I always say that no one takes a small white camera seriously. I think it gives me a shield of invisibility, though probably it’s more of a psychological effect. I’m not going to test it in a rough neighborhood, for example. But, people at festivals are usually pretty happy. 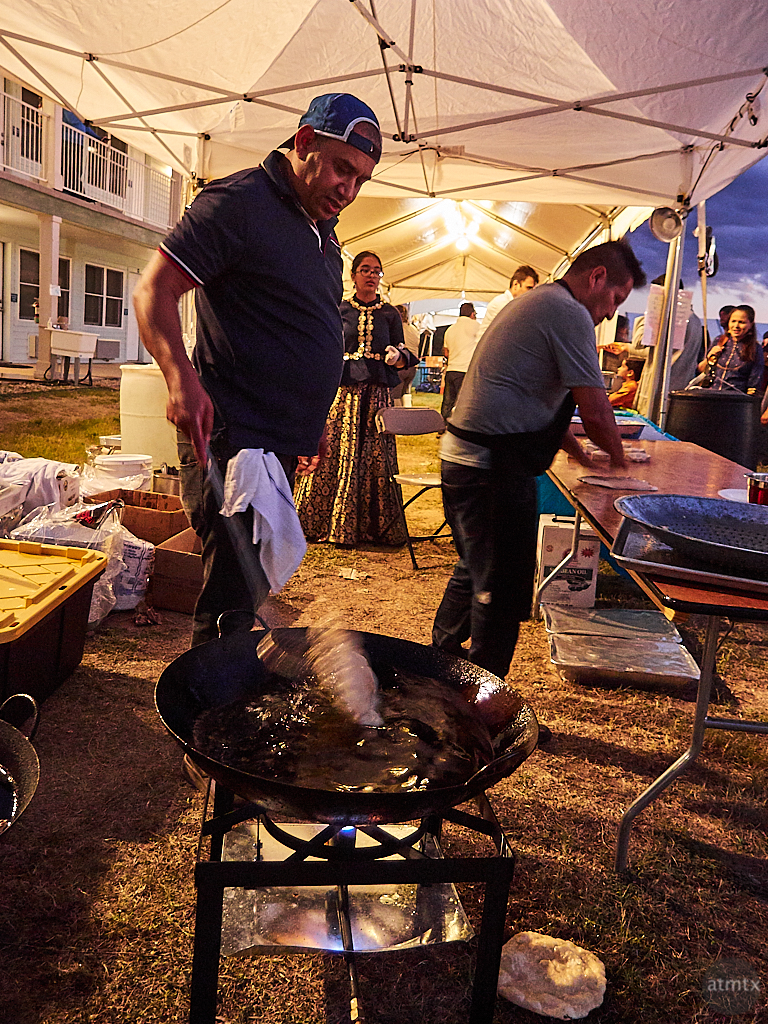 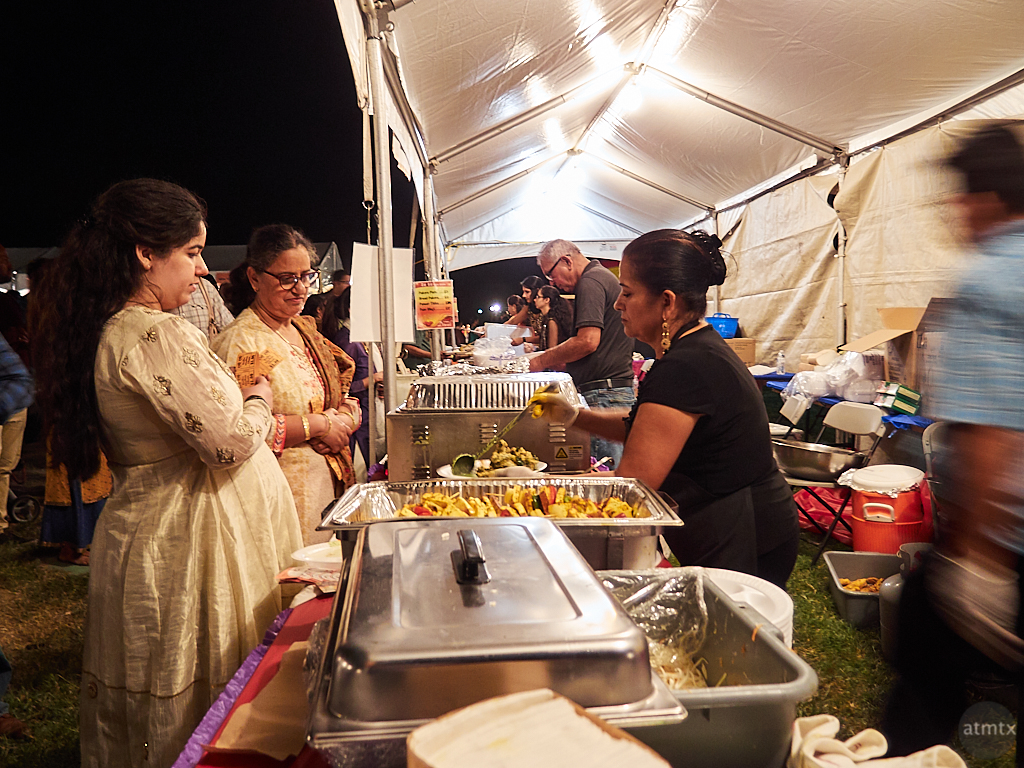 This camera has an old CCD sensor, which only performs respectably up to ISO 400. As it gets dark, I drop the shutter speed ever lower. I made these at 1/15 and 1/10 of a second. Luckily, it has image stabilization. 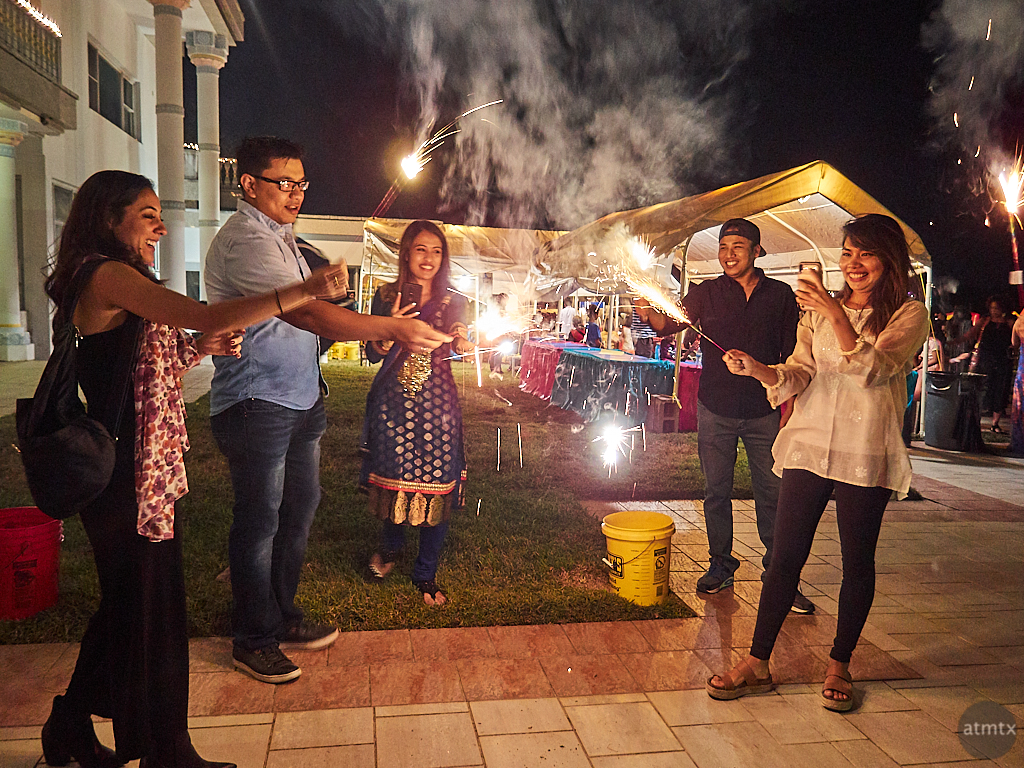 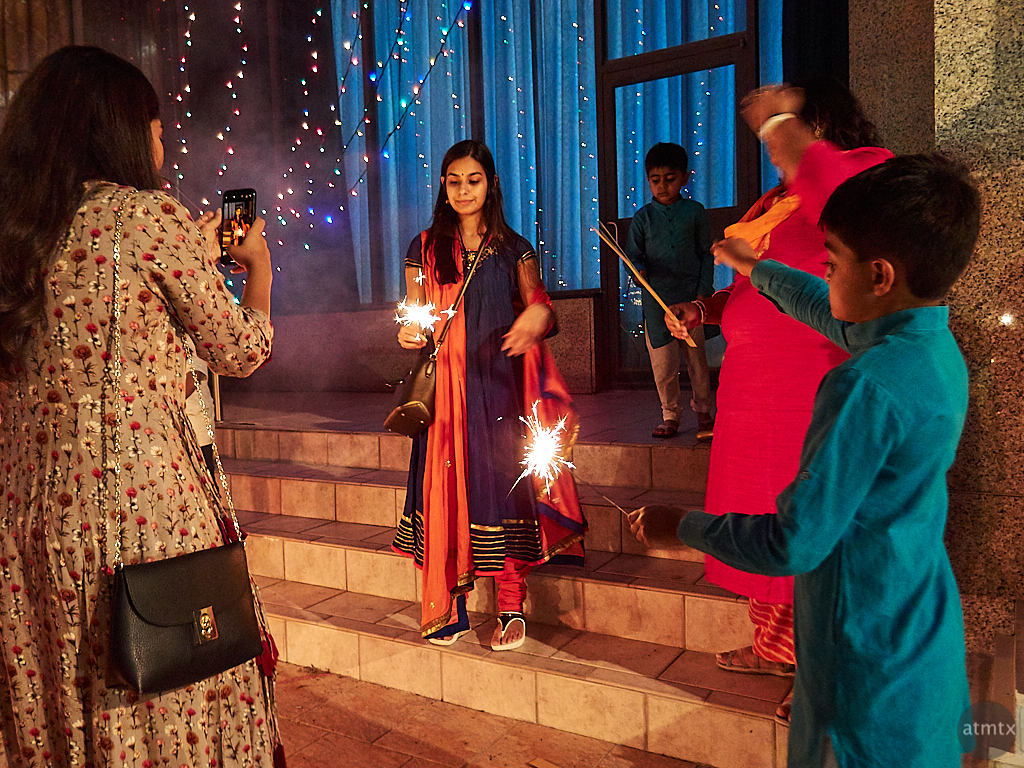 One of the highlights of the Diwali celebration is the sparklers shared between family and friends. I’ve shot this with more able cameras in the past, including this photo, which is my favorite. I was surprised that the XZ-1 made decent photos in such marginal light. They certainly diminish technically compared to my other cameras, but I still think they capture a certain charm. 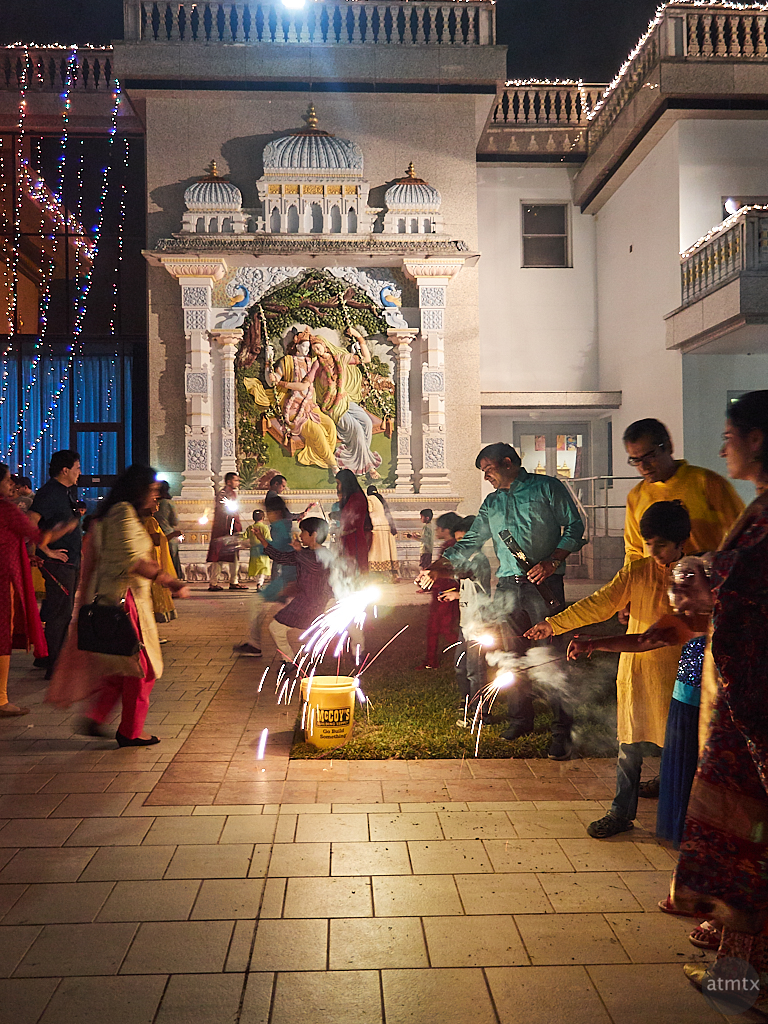 Between the sparklers, the outfits, and the background temple, these certainly don’t look like Austin. I love that I can create such an illusion with photography. It doesn’t feel quite like India when you’re there, but on the other hand, it didn’t feel like Central Texas either.

So, what do you think of these lower-quality photos with the snapshot aesthetic? If you think I was pushing the limits today, stay tuned for tomorrow’s post.