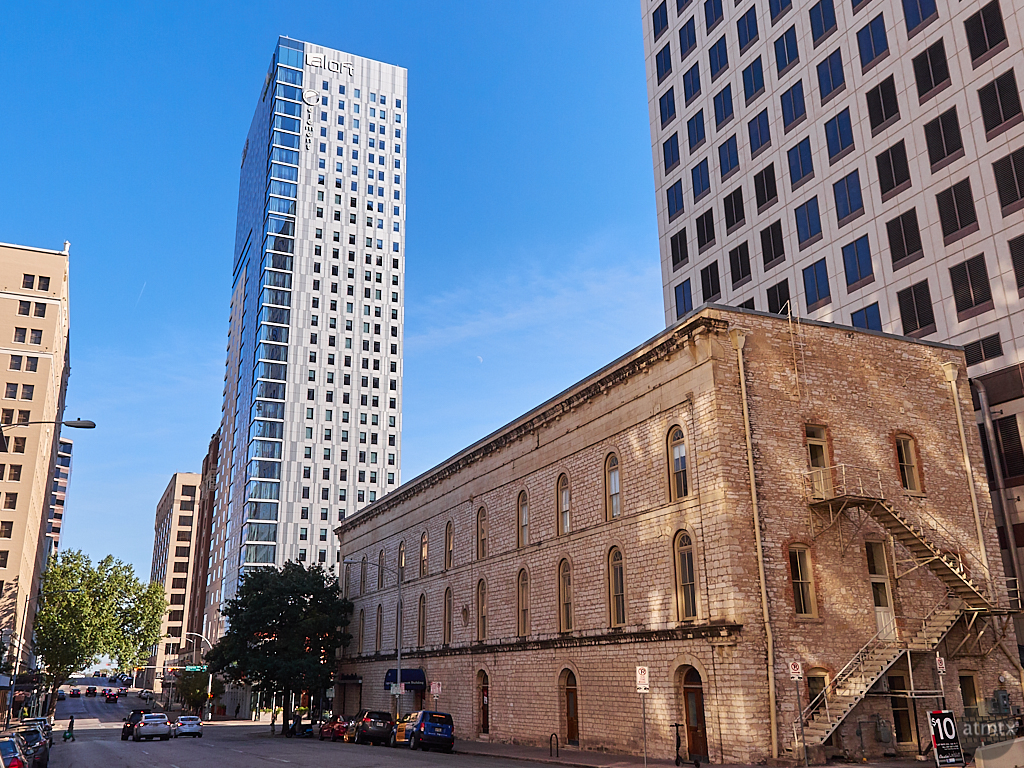 There’s expressive architecture, and on the other hand, we can just have simple boxes. Unfortunately, most buildings are simple boxes. It’s probably the simplest and most efficient way to build. I realized that this downtown scene is comprised of giant boxes. Some standing tall and one on its side. They try to disguise their boxiness with patterns and some level of ornamentation.

They are also from different eras throughout Austin’s relatively short history. I think each of the four major boxes was built during their respective boom times.

Clearly, the three-story stone building is the oldest. Called the Sampson Building, it’s the oldest building on Congress Avenue built in 1859. The beige building on the extreme left is the Stephen F. Austin Hotel built in 1924, while the tall modern building on the right, One American Center, is from 1984. It was the tallest in Austin until 2003 when the Frost Tower was completed. Finally, the Aloft and Element hotels in the center opened in 2017.

Note:I just send out my November Newsletter less than an hour ago. A week earlier than I originally planned. There are some worthwhile photographic events in Austin, which would’ve ended by next Sunday. I mention those in my Austin Area Photo Opportunities section. Enjoy.

One thought on “Boxes from Different Eras”