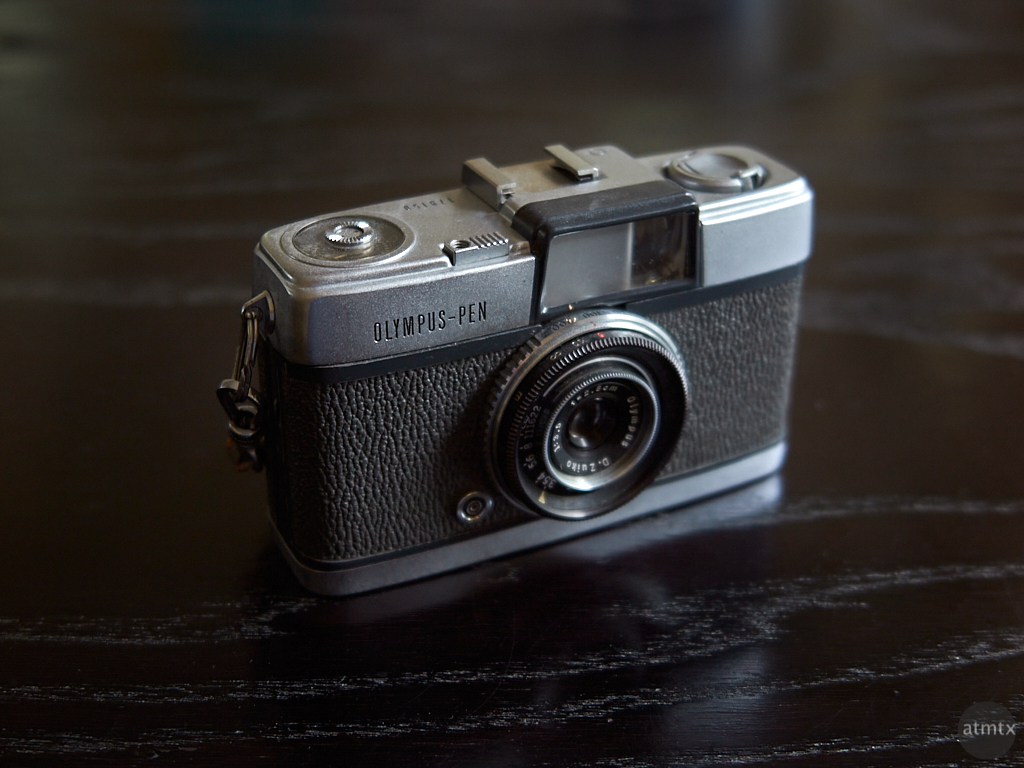 Today’s post is a continuation of yesterday’s, where I talked about my thoughts on the Olympus camera division being sold to Japan Industrial Partners. In today’s part 2, I’ll talk about how this affects me personally and my relationship with Olympus, past, present, and future.

I bought my first Olympus in August 2011. An E-PL1, which was the third Micro 4/3 camera Olympus released. I bought it on a whim, not expecting that it would completely change the direction of my camera gear. A year earlier, I bought my first mirrorless, a Sony NEX-5. Despite much research, I only later realized upon actual use, that I didn’t like Sony’s color. A camera is not very endearing if your kid’s skin color has a greenish cast.

I heard good things about JPEGs from Olympus and got the E-PL1 as a family snapshot camera. With great skin tones and better colors overall, it quickly replaced the Sony. Then, I bought a second E-PL1, so that I can have a matched body with two different lenses.

Over time, I found out more about Olympus’ illustrious camera history. In particular, they were really admired for making smaller cameras targeted to enthusiasts. Then, the camera collecting began. Over time, I bought nearly every significant Olympus camera starting from 1959. Why 1959? Well, that’s when they released the first Pen camera. A revolutionary half-frame film camera designed by Yoshijisa Maitani — you get 74 frames from a standard 36 exposure roll. Until 1959, Olympus was like any other camera company, making standard cameras. The Pen changed the trajectory of the company, and help define their legacy for small, friendly cameras.

I went through my 50+ camera collection and counted 31 Olympus models. Yes, over half my embarrassingly large collection is Olympus. I own several film Pen models, including the first-ever model created by Olympus. I own the three cameras designed by Mr. Maitani – the Pen, OM-1, and the XA. The first digital camera by Olympus, the D-200L. I have a few 4/3 DSLR models, and as expected, many different mirrorless digital PENs. You can tell, I’m quite a fan.

However, my newest Olympus models are the OM-D E-M5 Mark II, and PEN-F released more than 4 years ago. The OM-D E-M1 and E-M1X are certainly well-built and capable cameras, but they ultimately didn’t entice me — they were too big. And, in my eyes, they strayed from the Olympus ethos of small cameras for enthusiasts.

Their newest lenses — the Pro line — while highly regarded, were unbalanced for my mid-size cameras. They worked best on the beefier E-M1 series. The f1.2 pro primes are outstanding, but I never bought those either. Again, too large.

I noticed that the frequency of camera releases slowed down, and each release had — at most — minor improvements. I got a bad feeling that the company was in trouble. I didn’t want to talk about this before since I didn’t want my writings to add more doubt about Olympus’ long-term prospects. I guess now, it doesn’t matter.

Last year, I bought a used Fuji X-T10, influenced by an aggressively low price at Precision Camera. I didn’t get it with the intention of switching systems. However, upon shooting with the Fuji, I noticed superior image quality. And, more compact size for both the body and lens, despite having a larger sensor. I quickly built out a collection of lenses. Now, I’m all in with Fujifilm, buying the medium format GFX 50R earlier this year.

I admit I felt a little guilty shooting with the Fujis. I felt as though I was cheating, with my first camera love. Silly, right? I’ve used Canon before Olympus, but there’s no emotion with the Canons. I own every major camera brand, but most of them are just tools. I really like the way the Olympus cameras feel. The Fujis are up there too. Over time, the shooting experience for me has become very significant — that and color science. In light of the changes with Olympus, I’m going to continue down the Fuji camp.

I really wished Olympus had created a digital version of their first Pen camera, shown above. A compact camera with a fixed lens, but with their best-in-class in-body image stabilization. Add in their well-regarded film simulations from the PEN-F. Make it so that amateurs and professionals can create their own unique film simulations and uploaded them into the camera. These film simulations become the currency that can be sold or traded in a community of Olympus Pen supporters.

Will I ever buy another Olympus? Perhaps. Used ones to add to my collection. Will the new owners of Olympus’ legacy ever make any decent cameras? I hope so, but I’m not holding my breath. Maybe they’ll read this post and like the Pen idea with upload-able film simulations. That will be unique in the camera industry, and something that enthusiasts can rally around to create a much-needed community to support a new camera company.

7 thoughts on “My Past, Present, and Future with Olympus”