I just got a Happy Anniversary message from WordPress, my blogging platform. On July 25, 2010, I made my first post. A lot has happened in 10 years.

In 2010, both of my boys were in elementary school. Now, they are approaching their 4th year of college and high school.

In 2010, the economy was starting to recover from the Great Recession. Now, we have slipped into one again, if not worse.

In 2010, I owned four cameras. The primaries being two modest Canon DSLRs. Now, I own 50+ cameras from every major manufacturer, covering every style of a camera (except for large format).

I created 2,124 blog posts. For the first 6 years, I probably averaged 10 posts a month. The early years were tough. I hated writing, and the only reason I got into blogging was to showcase my photography. Four years ago, I committed myself to daily blogging. 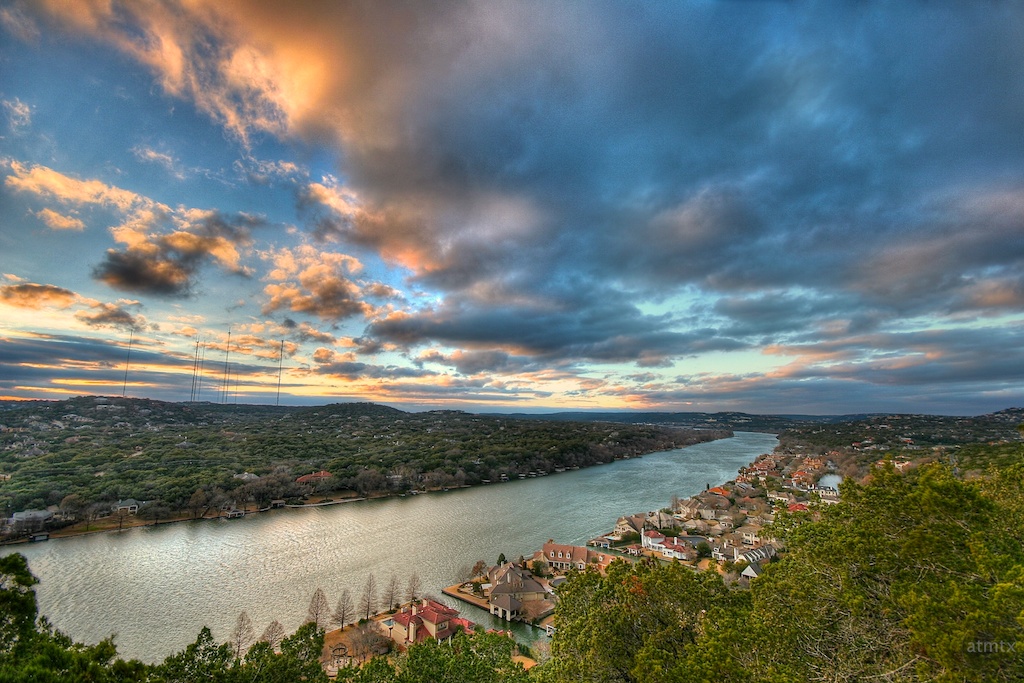 I still remember the struggle to make the first post — it took hours. It was painful. I just re-read it, and it was terrible. I’m not saying I’m the best writer, but after doing something for 10 years, you gain a certain level of proficiency. Now, most of my posts take 30 minutes to an hour.

I had to re-edit that first post since I couldn’t stand the mess. I cut down the rambling post and kept the salient ideas. Here it is, if you are interested.

The photo above is what I used in that first post. One of my most dramatic from 10 years ago, shot on a used 2004 8MP Canon 20D. During the ensuing 10 years, I’ve significantly loosened the camera gear purse strings. But in 2010, I was quite restrained in my purchases.

I used HDR in that photo of Mount Bonnell, with a super-wide-angle lens. Because nearly everything I did back then was HDRs with a super-wide-angle; that was the prevailing fashion in my circle of friends. HDR is virtually dead now or done automatically in smartphones. The fashion has changed, and technology has improved.

Ironically, after years of free-form image-stabilized freedom, I’m back to using a tripod. My serious camera is a 51MP medium format Fuji. And, the black and white style I use for my urban documentation project is hardly trendy.

Perhaps after ten years, I’m finally gaining the courage to do things the way I want. I make photographs the way I want. Blogging, despite diminishing popularity, is my primary publishing outlet. I even eschew social media.

Blogging is no longer a means to an end. I don’t blog to make money or become famous. I blog because I enjoy the act of creating and sharing it with others. Along the way, I’ve met and talked to fascinating people around the world. I like to think I have made a place of relative positivity — free from hyperbole and the craziness of the internet that seems to be infecting the physical world.

With my blog, I’m creating a world that I want to see. Thank you for your continued visits.

Note: In addition to my blogging, I started a free newsletter last year. I’m happy to announce that I’ve just sent out the July edition.

14 thoughts on “Ten Years of Blogging”