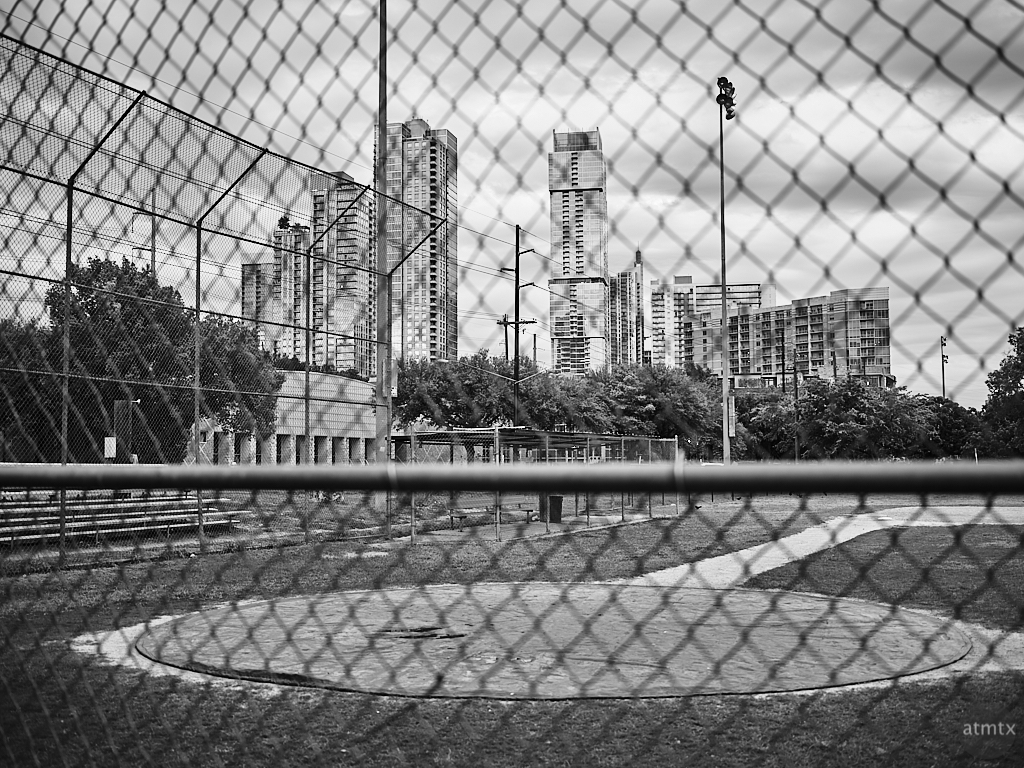 I’m still at the baseball field that I talked about yesterday, except, I’m attempting to make a more artistic image. Including the fencing in the foreground was part of the effect I was going for. But, how do you soften it so that, while you can still see the pattern of the chain links, it becomes less distracting?

You change the aperture setting, the size of the hole in the lens that receives the light. The larger the opening, measured in f values, the softer the effect.

In the first photo, I set the aperture to f3.5, which is the largest available opening for this particular lens. I also focused near the far fence so that the foreground fence is less in focus. 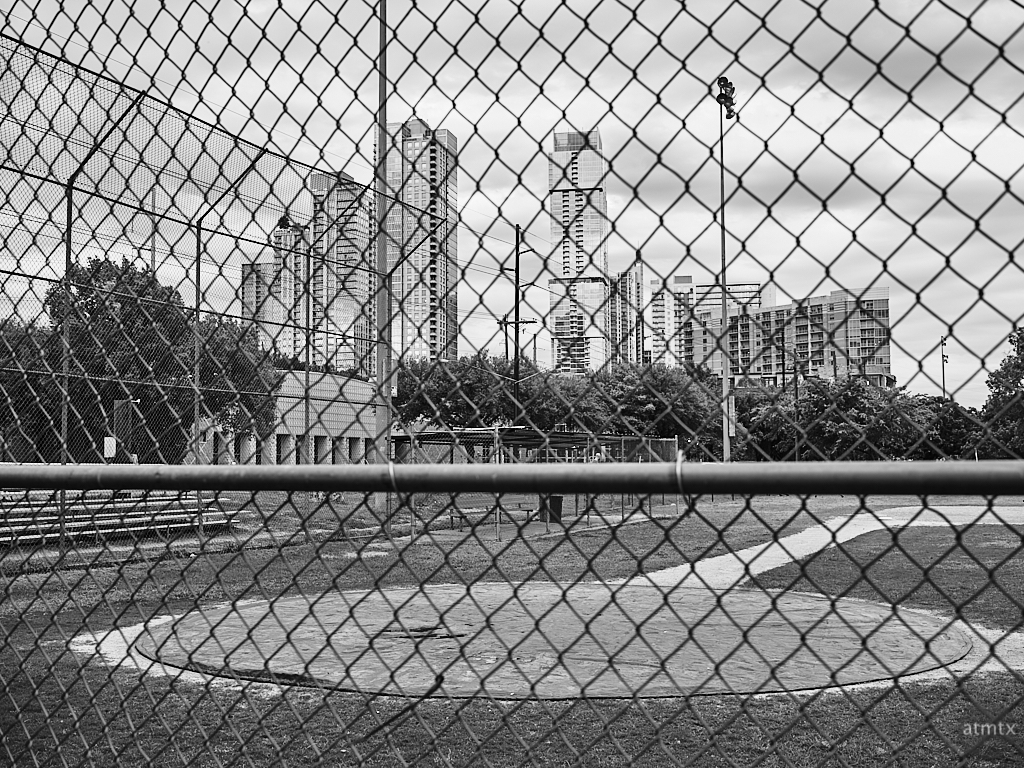 In this final photo, I set the aperture to f16, which is the standard setting I use for most of my downtown architectural photos. At this aperture, everything from near to far is in sharp focus. The shutter speed was further reduced to 0.4 seconds.

In these cases, there is no correct setting for the aperture. It all depends on your aesthetic taste and what you are trying to achieve. For me, since I wanted to de-emphasize the fence, I prefer the first photograph with the biggest aperture.