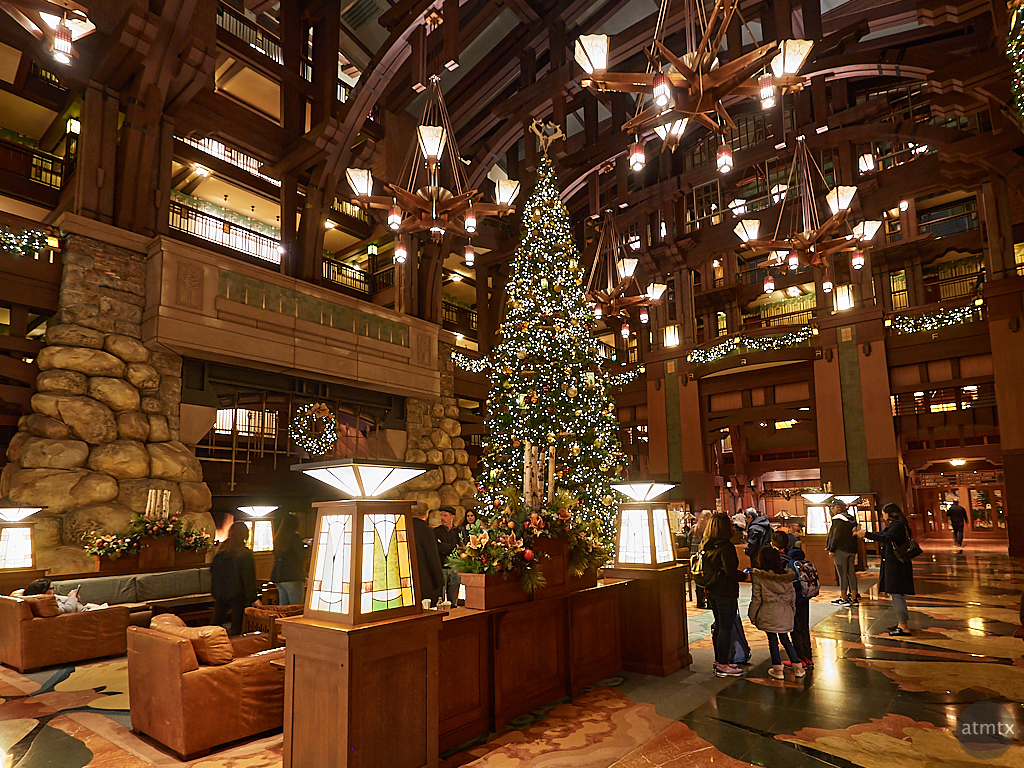 I talked about the Disneyland Hotel yesterday, which is the OG hotel at Disneyland. While attractive, we decided to splurge for the Grand Californian. It’s not the nicest hotel I ever stayed at, but it was the most expensive. Disney definitely charges a premium during the Christmas holiday season.

The Grand Californian is absolutely grand. The interior lobby, shown here, is the highlight and is inspired by the early 1900s Arts and Crafts movement. To me, it looks like some kind of giant, idealized National Park lodge.

It’s an impressive looking structure. But in the usual Disney-style, look closely you notice it doesn’t have the details of a historic building. To be fair, it isn’t historical. It’s modern construction from 2001 made to look old. It wows with scale but lacks finesse.

Beyond the architecture, however, we picked it for its proximity to the parks. It’s the closest hotel to the action in the middle of Downtown Disney. In fact, the back door of the Grand Californian leads straight into Disney’s California Adventure. My family traveled with my mother-in-law, who has an ailing knee, and we used a wheelchair. We decided to pay a premium for convenience.

Beyond my snobbishness with the architecture, we had a great time staying there. And, paying the extra money was worth it. What Disney does well is to create fantasy worlds. Best not to look closely, which might break the illusion. But, if you are willing to suspend belief, the parks, the rides, and the performances will take you to another world. Ultimately, the hotel added to the trip-of-a-lifetime experience that we will remember fondly.

One thought on “Disney’s Grand Californian”