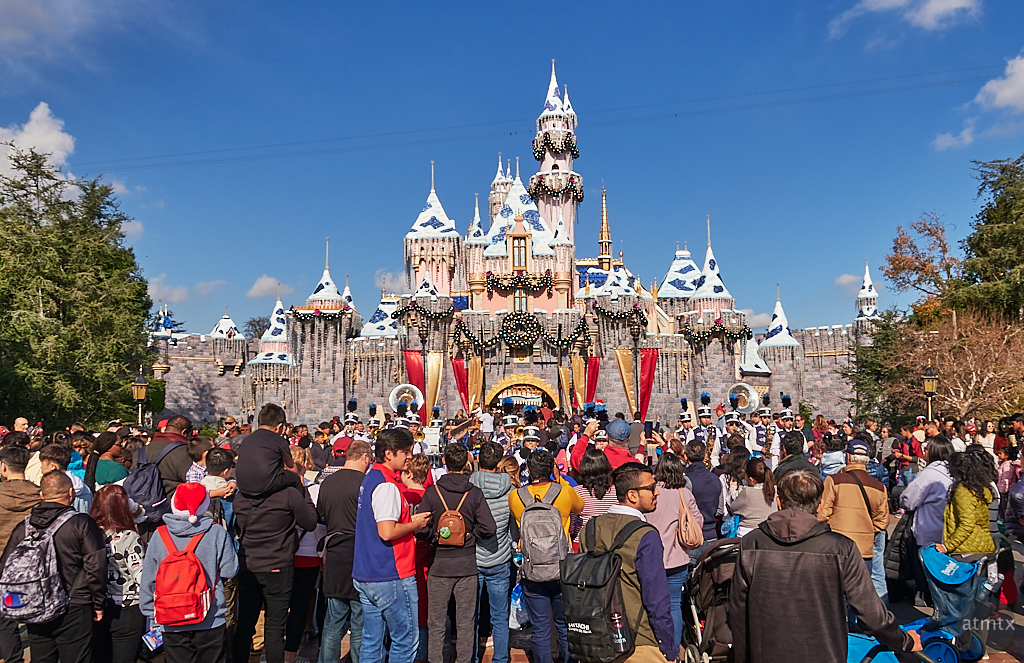 When we last left Disneyland, before the Portrait Intermission, we spent the entire day in California Adventure. Now, we jumped over to the other park that contains the original Magic Kingdom. The naming of these parks is complicated. I think the entire complex, including the two parks, hotels, and Downtown Disney, is called Disneyland Resort. The original park that we are visiting today is called Disneyland Park.

Unlike California Adventure, which is not as popular as the original, Disneyland Park is crazy crowded. Especially mid-day, as you can see here in front of the centerpiece castle. Somewhere behind the mass of people, there is a marching band.

We were there around Christmas time, which made it extra packed. There is virtually no chance to make clean people-less architectural photos here like I did at California Adventure. No sweat. I wasn’t expecting to and took effortless snapshots just to document.

In retrospect, it seems crazy to spend a chunk of money to visit such a crowded place. Especially now that we’ve been accustomed to staying socially distanced during the lost year of the pandemic