Documenting the historic Aloha Tower, I was driven to capture the other historic structures in downtown Honolulu. Another half-a-mile from the tower is the most historic of all — the Iolani Palace. Built in 1882, it was a real palace for Hawaii’s Royalty. I’m starting a short series of significant and beautiful buildings that I found. Walking from Chinatown, through downtown, to this historic area, I realized the core of Honolulu is quite compact.

You might remember that I featured the palace and its gates about a month ago. That was from a moving tour bus. This time, I brought my big camera to make high-quality images.

This perspective-correct architectural capture doesn’t break any new ground. It’s a high-resolution image in so so light. Back in 2016, when I last visited, I made a more interesting moody image with a modest point and shoot. I had piggybacked on someone’s wedding shoot. 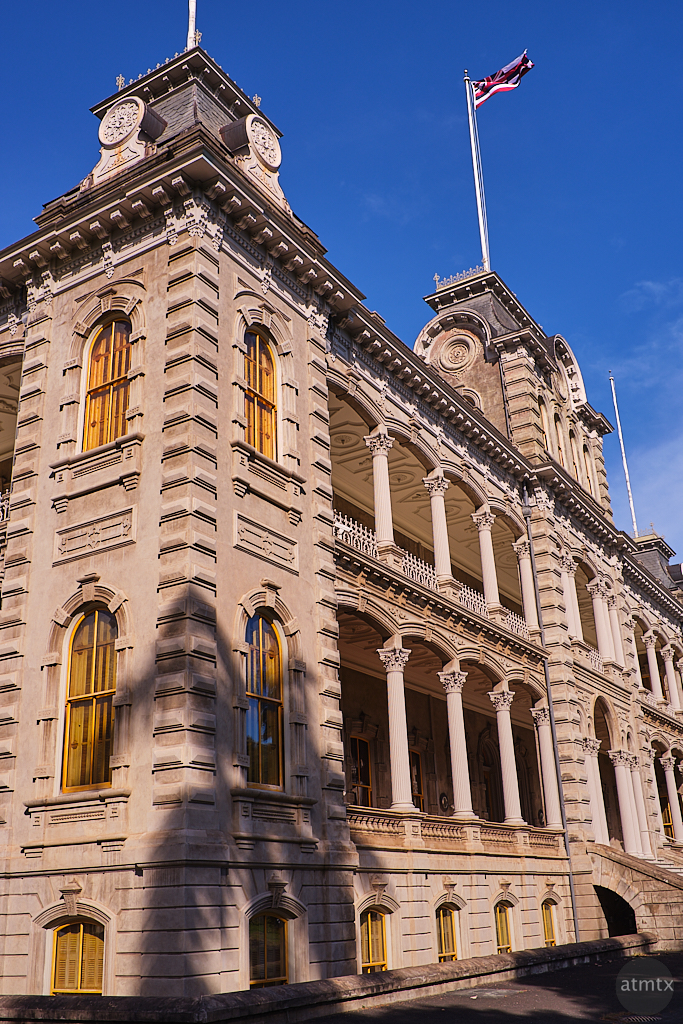 This second picture of the palace is somewhat more interesting, I think. The angle shows its ornate facade with the Hawaii state flag flying proudly. I like the shadow of a palm painting the surface.