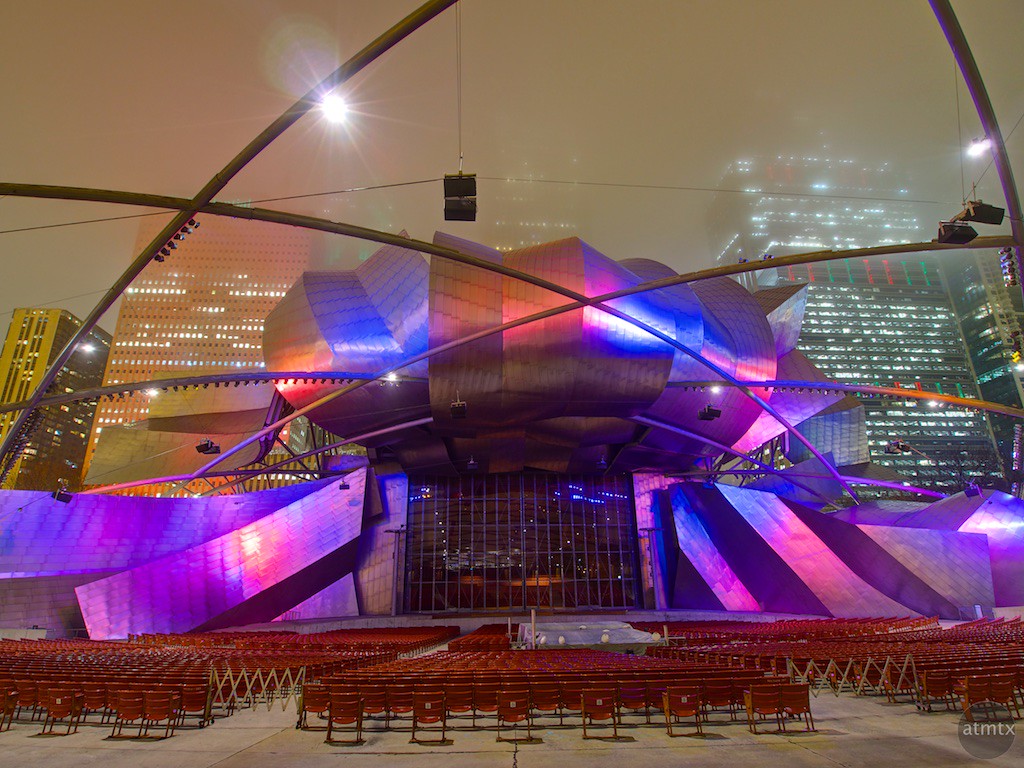 Several years ago, I began noticing these grand artistic monuments in my Flickr stream. They were from a place called Millennium Park in Chicago. On my December trip to the windy city, I finally got to see and photograph them in person.

I’ve heard about the “Bean” and even the strange animated monolith. What I didn’t realize was, the park is a haven for civic art and architecture. It was uplifting and wonderful, unlike the disappointing Chicago Architecture Biennial. I didn’t remember this place when I lived in Chicago in the late 80s. What I didn’t realize, until I did research, is that Millennium Park is new, having been completed in 2004. It was built above a grungy railroad right of way. Hats off to Chicago for investing in public infrastructure and bringing whimsy and art to the masses.

The alien spacecraft looking structure is the Jay Pritzker Pavilion, which I should have recognized as the work for Frank Gehry. It retains his signature look made famous by the Guggenheim Bilbao and also the Walt Disney Concert Hall in Los Angeles.

On the opposite side of the architectural spectrum, the Millennium Monument a nearly full-sized replica of the original peristyle which stood in the same location between 1917 and 1953. It’s decked out in lighting, which I assume, is seasonal to the Christmas holiday.

This image was a bit more complicated than it might appear. I had to create a 3 image HDR to capture the color and background, without blowing out the colored lights, especially the reds, which can be challenging for digital. 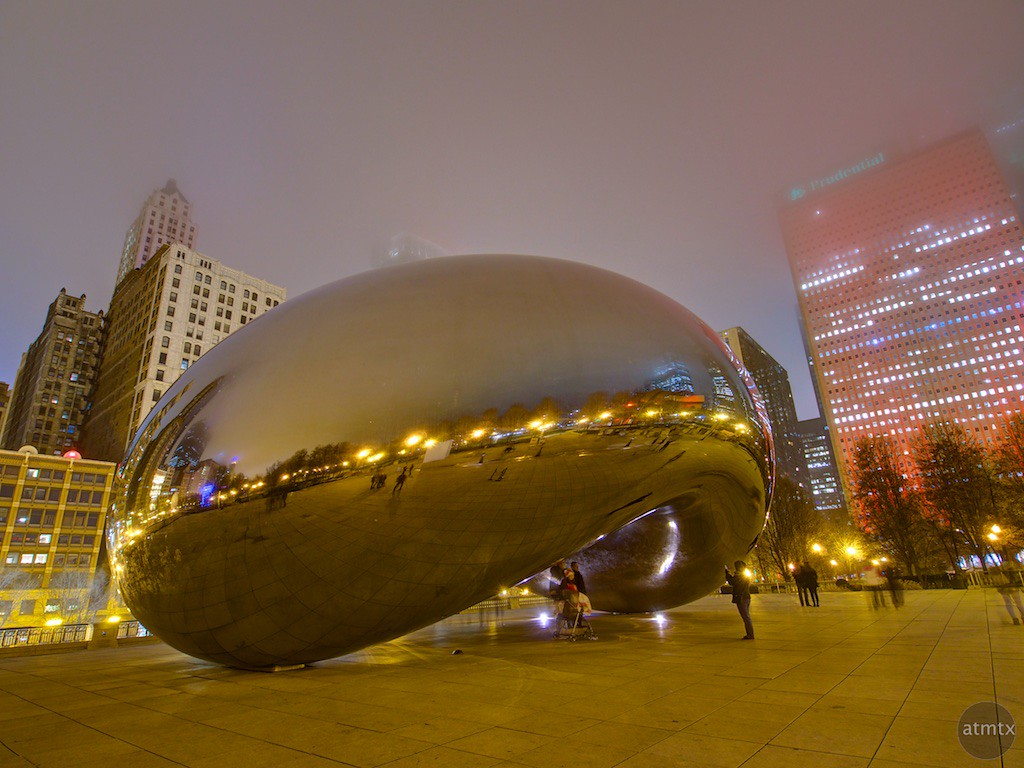 I was most interested in shooting the “Bean”, which is apparently called the Cloud Gate, officially. It is by far the most popular, which attract selfie shooters like magnets. I spent a while there, capturing various angles and tried desperately to limit the number of visitors flowing into the frame. A nearly impossible task, for sure, but multiple frames allowed me to pick the least intrusive compositions. What I ended up with is a nice level of human activity, which gives a liveliness to the public space.

The Crown Fountain is composed of two 50 foot glass block towers which feature projections of Chicago’s citizens. It reminds me of a time portal from the future, seen in science fiction. The animated, glowing translucent blocks look more futuristic to me than even the other decidedly space-age structures.

Of course, I used HDR, like the other images, but this one was more involved. Even with 3 images 2 stops apart, the projection was hard to capture properly. I ended up compositing an image exposed for just for the giant face and later blended it back into the image. I’m happy with the overall effect.

As was the case for the entire Chicago (and Madison, Wisconsin) trip, I used my Olympus OM-D EM-5 Mark II and the 9-18mm wide-angle lens. These were shot on tripod to maximize image quality and to minimize effort when creating HDRs. I don’t create as many High Dynamic Range photos recently, but still enjoy making them on occasion. In-body image stabilization is wonderful, as I often mention, but there is ultimately no substitute for a stout by decidedly cumbersome tripod.

2 thoughts on “The grand monuments of Chicago’s Millennium Park”