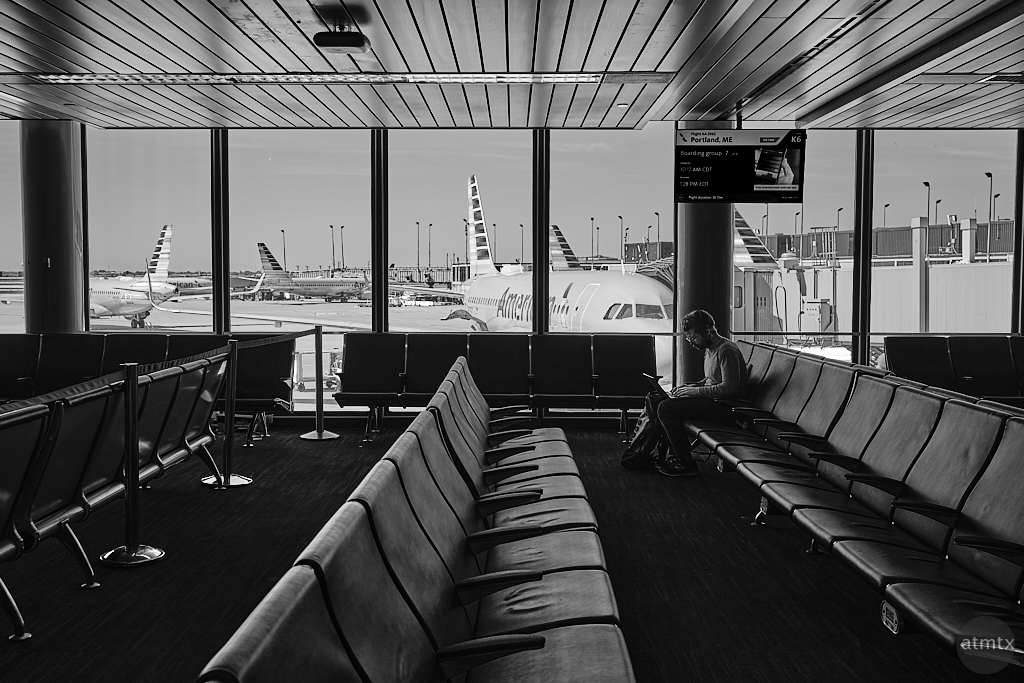 I made it from Austin to Chicago’s O’Hare on time and scheduled to be there for an hour and a half until my 2nd leg to New York’s LaGuardia. It didn’t work as well as planned. But that’s a story for tomorrow’s post.

A few hours after the packed mayhem at Austin’s airport, this was the scene in Chicago. No, not every waiting area was this sparse. And, I’m sure that Chicago had more passengers than Austin. However, O’Hare is a gigantic airport — one of the world’s busiest. They scale better for handling hoards of people.

That’s ultimately the problem with Austin-Bergstrom Airport — lack of headroom. Twenty-three years ago, Bergstrom was a giant step up from the dinky Mueller Regional airport. But now, it’s overwhelmed. There are plans to increase the gates. And nearly double their size over the next decade. Like Austin’s overloaded road system, it may be challenging to keep up with demand.