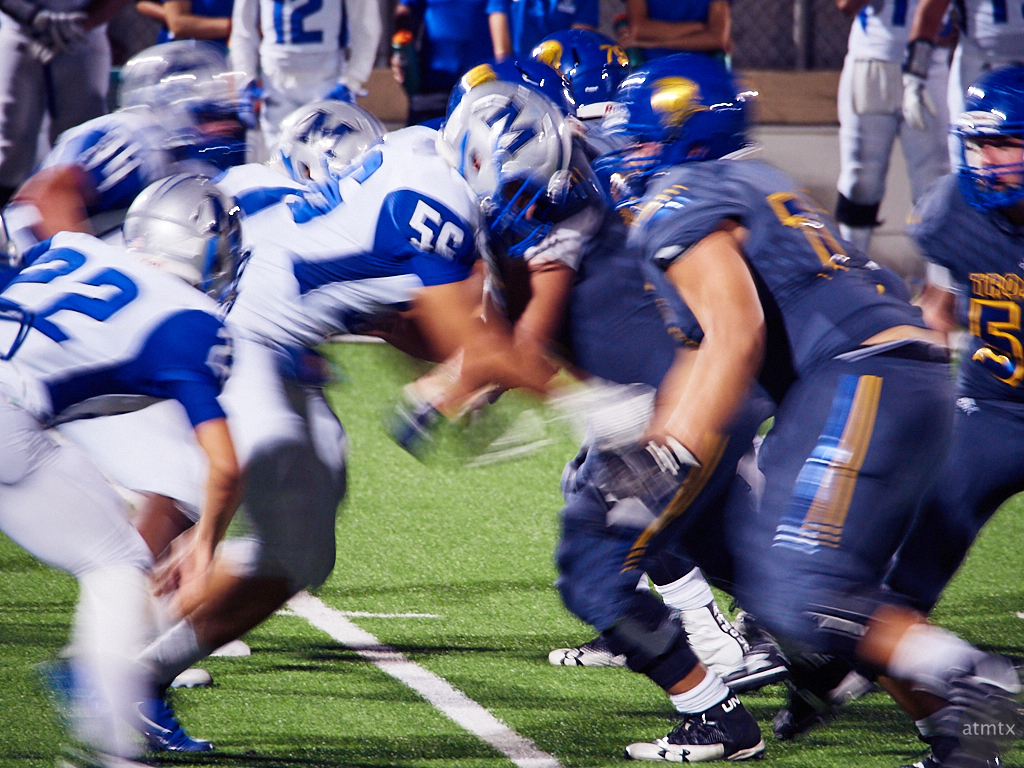 Today’s post is an example of making lemonade out of lemons, photographically speaking. I was using a slow, very long telephoto, at night, with not much of a chance to shoot a crisp high quality action photograph. I decided instead to create the optimal motion blur, which for me, is rather enjoyable. Making an abstract artistic image moves beyond the usual sports photo.

On the last day of August, I was there to take in the rivalry between the Anderson Trojans and the McCallum Knights at the Taco Shack Bowl. I’ve been there several times, including blog coverage from 2013 and 2014. This year, I wasn’t in serious photography mode. Rather, I was there to casually test equipment — busting out the Olympus 75-300mm lens.

The Olympus 75-300mm is an affordable long telephoto and quite compact. Understandably, it has a modest aperture range of f4.8-6.7, which works great during the day, but is rather limiting at night. I shot this photo at ISO 1600 at 1/30 of a second at f7.1. The in-body image stabilization worked well at a 600mm equivalent but, of course, it can not magically stop action. Which I didn’t mind, since I got the effect I was looking for.

There are key qualities to motion blur. You need the right amount — not too much or too little. There’s also the right type of motion blur, which needs to works well, compositionally. I also like it when all my subjects have a consistent amount of blurring. Of all the photos I shot that night, this is my favorite.