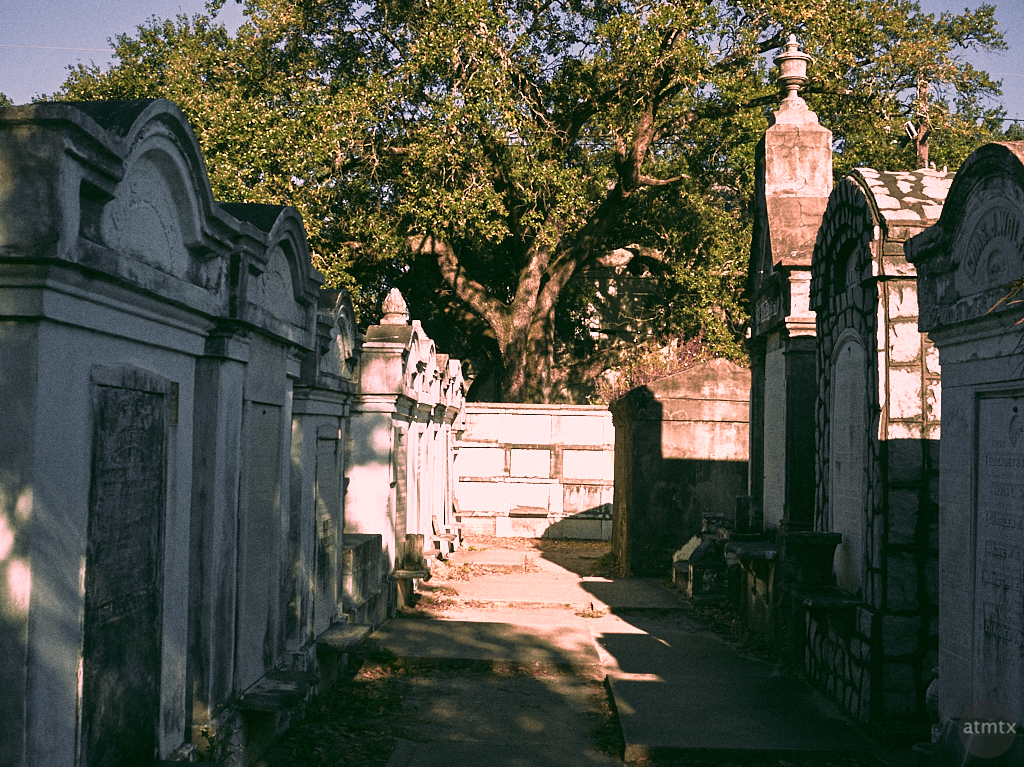 Continuing with the film simulation experiment, here’s the second one, that I took at the same non-spooky (at least in the daytime) cemetery in New Orleans. For this photo, I basically copied and pasted most of the core settings from yesterday’s photo, and it did a pretty good job. Not perfect, of course, but I think it generally captures the feeling of the original film photo, below.

Yesterday’s took a lot more effort, where I burned, dodged and added color tints at multiple levels. Even then, I still lack the skills or the tool to do a complete job. That got me thinking about film simulations in general — they might be a lot more difficult to do than we are lead to believe. I’ve played with a few presets and iPhone applications which are supposed to simulate film, but to my eye, they don’t seem to closely mimic the intended original. 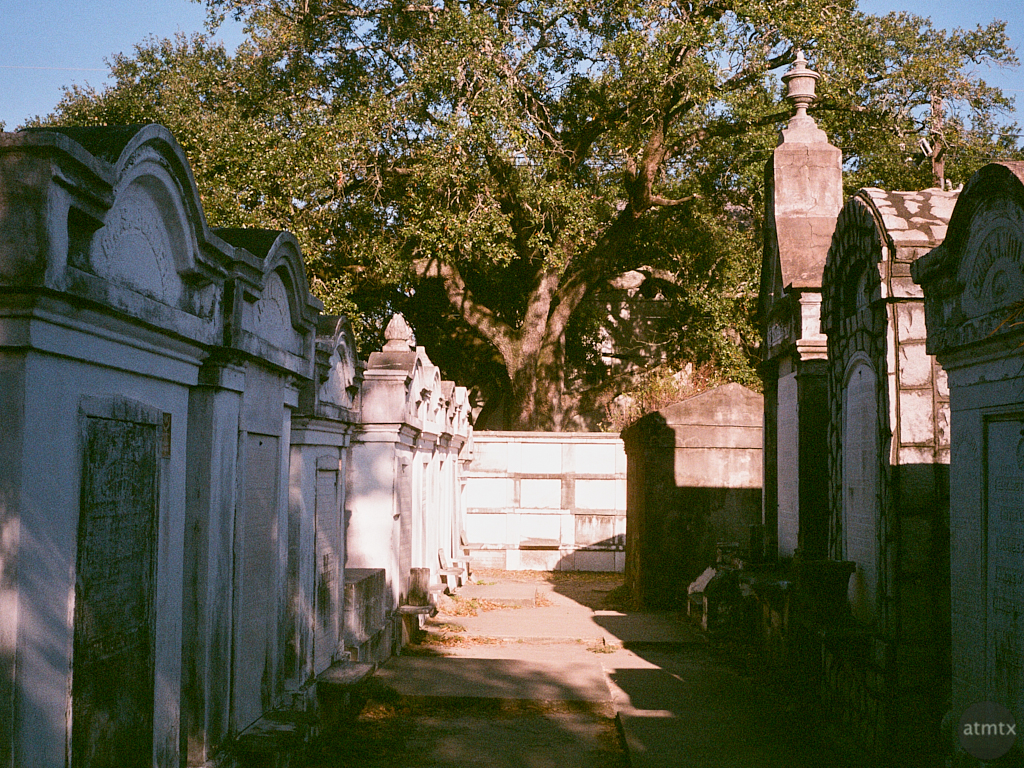 The analog look of film is more elusive than expected. I have a series which I call Film-ish, that changes the look of digitals into something different. Does it really look like film, maybe, maybe not. Is it important? Probably not. If you want the look of film, why not just shoot film, right? But, because of the ease of digital, I think it might be interesting to approximate its look, perhaps if only to apply an Instagram-esque effect.

But, I hope it’s more than that. Post-processing should be more than randomly adding filter effects. I think certain images look better with different processing. Whether it be the sharp perfection of digital, a moody and contrasty black and white, the soft muted grainy tones of underexposed film or even, believe it or not, a rich and enthusiastically processed HDR. Ultimately, this is my attempt to create more photos that may eschew perfection, but attempts to imbue emotion.