Throughout my wanderings during this year’s SXSW, I kept on seeing interesting characters — Halloween like. I knew that it was part of some promotion. After all this is SouthBy where companies spend all kinds of money to make a splash and to get noticed. As I approached Rainey Street, the frequency of sightings increased. I made portraits, of course.

It was Amazon. Turns out, the on-line bookstore turned world dominator was making a big deal about Good Omens, a new Amazon Originals TV series made along with the BBC. Based on a 1990 novel “Good Omens: The Nice and Accurate Prophecies of Agnes Nutter, Witch” by Terry Pratchett and Neil Gaiman, the show is set to “air” on May 31st. I think I’ll watch it, just to see if it has anything to do with the characters I photographed.

I shot most of these along Rainey Street with my portrait setup of choice, a 50mm equivalent on my Olympus PEN-F. Amazon also had a huge Good Omens area setup on one of the rapidly disappearing parking lots in downtown Austin. The line was long and I wasn’t interesting in waiting. I did score a promo Good Omens umbrella, which seemed useful since some slight sprinkles threatened to turn more serious. 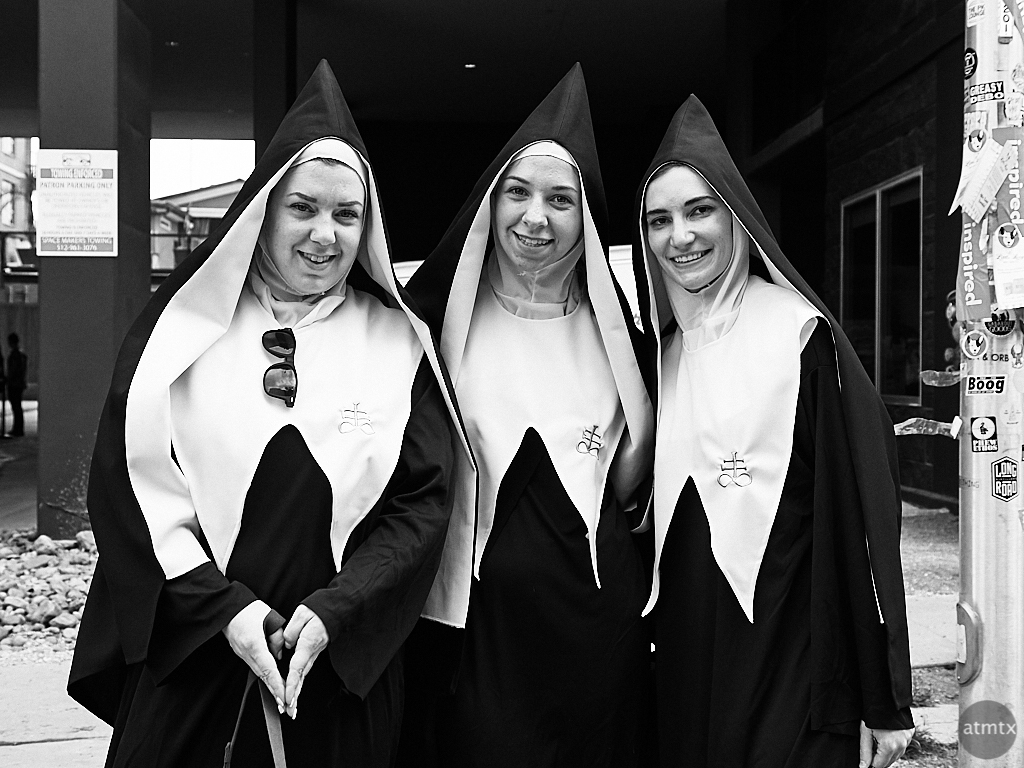 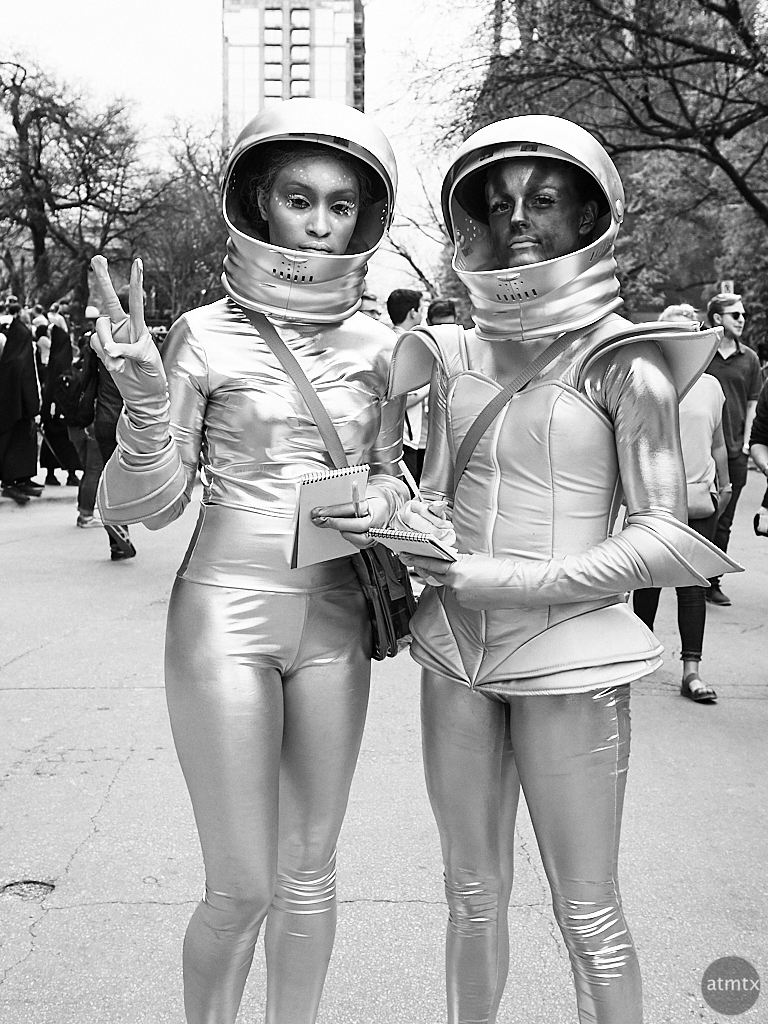