Yesterday, I finally revealed the details of the common link the binds the last eight days of photos. A wonderful 2011-era point and shoot camera, the Olympus XZ-1. I explained that this old 10MP camera has special color powers, a CCD sensor instead of the modern CMOS. I think it renders colors in a special way. However, the CCD sensors can be grainy, which is probably one of the reasons why the industry moved to CMOS. The grain, however, can work well for black and whites.

This is the final post of photos that I made in 2013. A miscellaneous batch that I discovered in my archives that convinced me to rebuy this vintage camera. This small camera, though not really pocketable, unusually has a neck strap that works well slung on the body. The thin, low-profile body doesn’t add much bulk and can be used without a case. It’s a great carry around camera to capture worthy images almost anywhere. Today’s post is a companion to “The Joy of a Carry Around Camera: Part 1 – Color”, which I posted two days ago.

The camera works well up to ISO 200, but that isn’t as limiting as one would expect. It has decent image stabilization which allows me to shoot static scenes in surprisingly low light. In the first photo, I somehow shot that at ISO 100 at 1/2 second shutter speed. I’m pretty sure I didn’t use a tripod so I must have braced myself against something. The default image stabilization isn’t that good.

Always having a camera on you means a chance to take pictures of mundane things. Things that you wouldn’t bother with if you have to take the camera out of a bag. The photo of the airport van is an example. I like this rather Zen still life. Perhaps because it’s something you usually don’t see pictures of.

Of course, pictures capture history. How about a Tesla dealer back in 2013, only a year after the Model S was announced. Tesla has sure sold a lot of cars since then. Though the long term fate of the company is still equally uncertain.

Finally, we have the Sony Outlet store. My favorite hangout when my wife spent a long time looking at clothing at the giant outlet mall in San Marcos, halfway between Austin and San Antonio. That Sony store is gone now but it’s captured in my archives and on this blog.

Had enough pictures from the past? Well tomorrow, I’ll feature photos from 2019 that I made with my new rebought Olympus XZ-1. 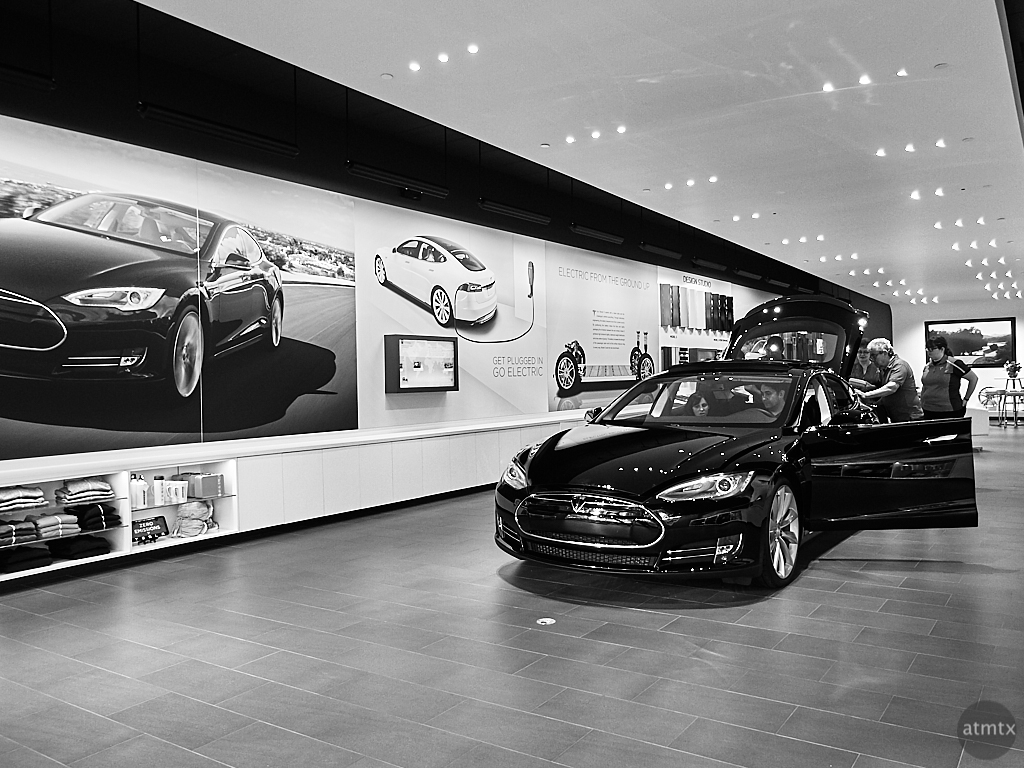 4 thoughts on “The Joy of a Carry Around Camera: Part 2 – Monochrome”