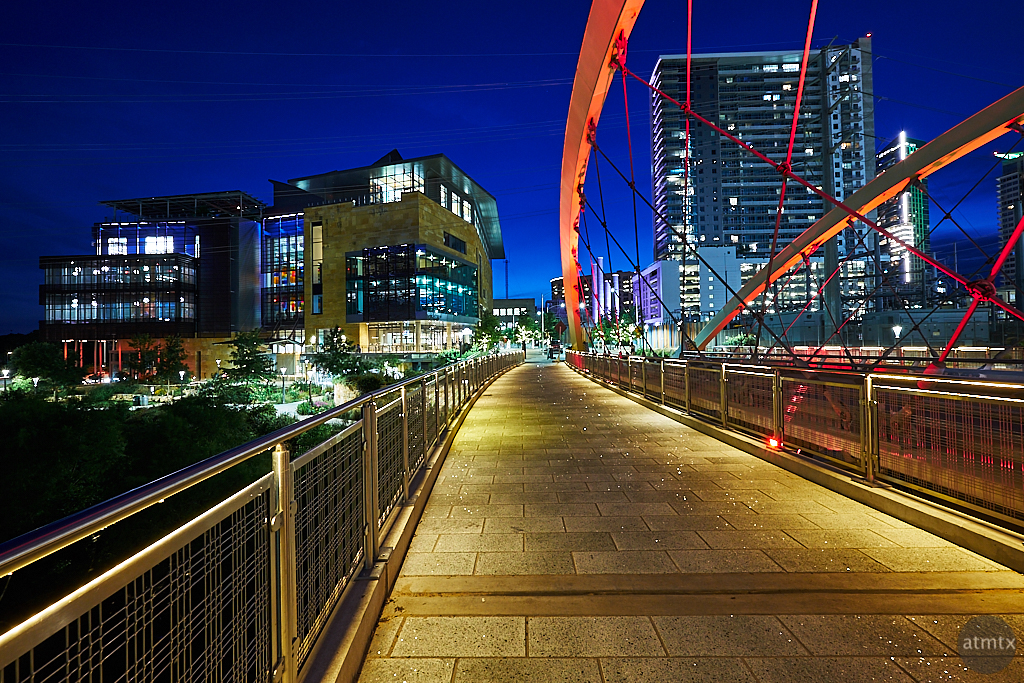 I’m starting this photo essay seven minutes after I made yesterday’s photo. You can tell that the peak blue hour has passed and, even though I’m facing west, the skies are beginning to darken.

It’s a similar composition to this photo that I made with the Olympus XZ-1. How does a Fuji with a big sensor shot on a tripod compare to a handheld photo with a point and shoot? Well, you can be the judge. The Fuji, with a super wide-angle, is clearly more vibrant. But, you probably can’t appreciate all the image quality differences with these small web images.

I created all eight photos with the Fujifilm X-T10 and the Fuji 10-24mm f4 lens shot on a tripod. I used the same technique that I mentioned yesterday, trying to be perfectly robust with how I made my photos.

The photo essay starts on the bridge and I continued making images as I walked back to the car. I know in the world of bridges, this is a modest one. Even the 360 Bridge in Austin is a lot larger. But I like how the 2nd Street Bridge fits into its environment. On the east side, we now have a towering wall of skyscrapers. In the west, we have the new Central Library and its nicely landscaped grounds. It’s currently my favorite area in downtown Austin.

As I moved further away, you can better see how the bridge sits in the urban landscape. The bridge lighting cycles between green, yellow, orange, red, purple and back to green. The exposures lasted anywhere from 6 to 14 seconds. So, getting a vibrant red, which is my favorite bridge color, was harder than I thought. The exposure was long enough that the color would change as I was making the pictures.

Shooting with a tripod is somewhat constraining, especially since I’ve generally moved away from them with the Olympus. But, using a tripod ensures maximum image quality and optimal apertures. However, it was a bigger pain in the neck when I used to create HDRs, shooting at least three different exposures per scene. Now, taking only one exposure makes tripod shooting somewhat more enjoyable.

In fact, I might have rekindled my appreciation for urban landscapes with tripods. It’s a very different kind of photography from making street photographs and portraits. It’s slower-paced and relaxing. 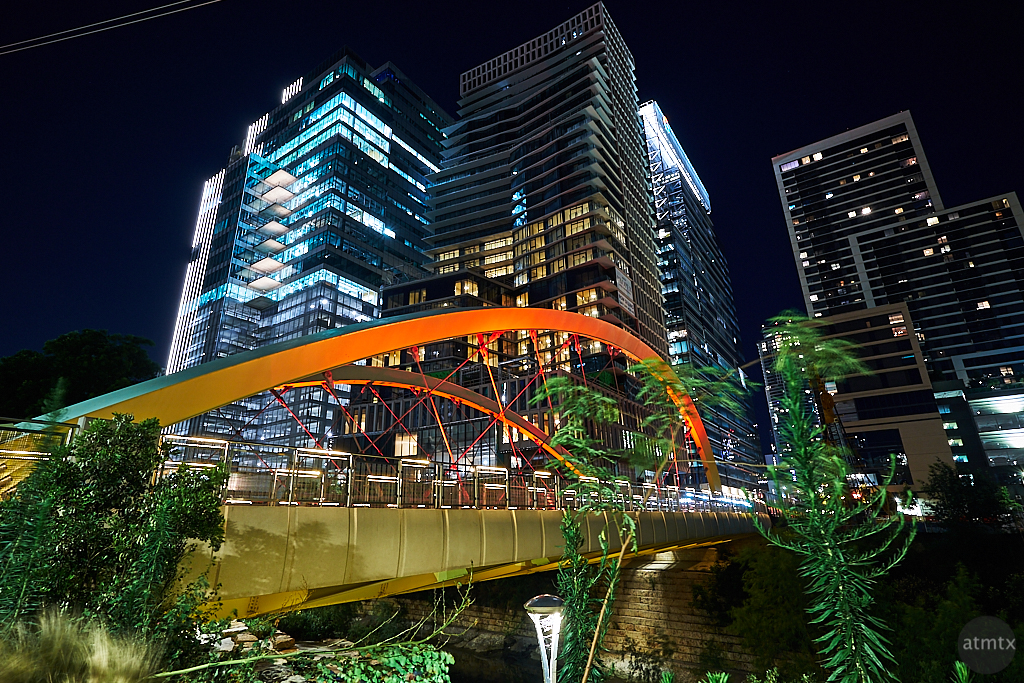