Oklahoma is the neighboring state north of Texas. Like many states, there is a rivalry, though Texas is the giant state in the area. I suppose some Texans look down on Oklahoma, sort of like New York looks down on New Jersey. I don’t much care. However, there is one downside to Oklahoma. They don’t have any Buc-ee’s, at least for now.

During our road trip from Austin to Tulsa, Oklahoma, we stopped at two Buc-ee’s in Texas. Wanting one more rest stop and a light snack, six hours into our trip, we found a McDonald’s in Eufaula, Oklahoma. I took that picture of that tower from the parking lot. 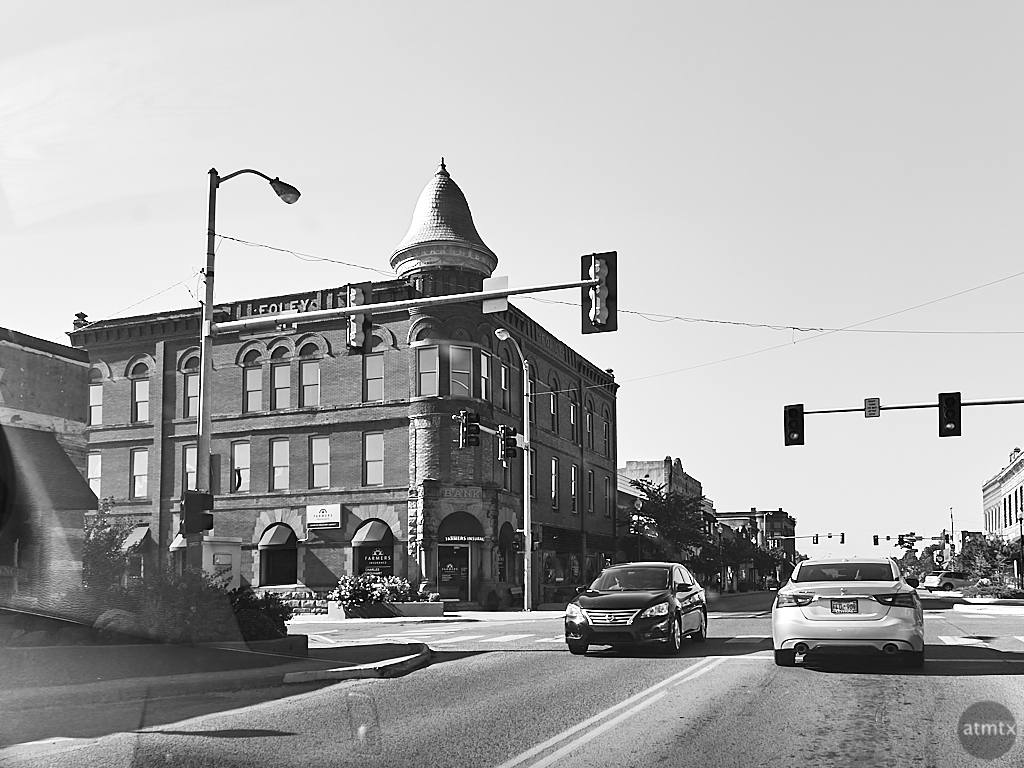 After more than six hours of driving, my wife took over the reins. While the trip had been on major highways up until this point, we ended up going through a series of small towns. Whatever. We just followed what our smartphone navigation app told us. Lucky for me, I got to make drive-by photos of these towns now that I was a passenger.

If I were traveling alone, with more time, I would’ve stopped for some serious small-town photography. For this trip, however, quick drive-by snapshots would suffice — but not always with the best framing. I used the Canon G1X Mark II, which has a long zoom range. Though it’s a slow camera and not the best for quickly framed shots while driving briskly. 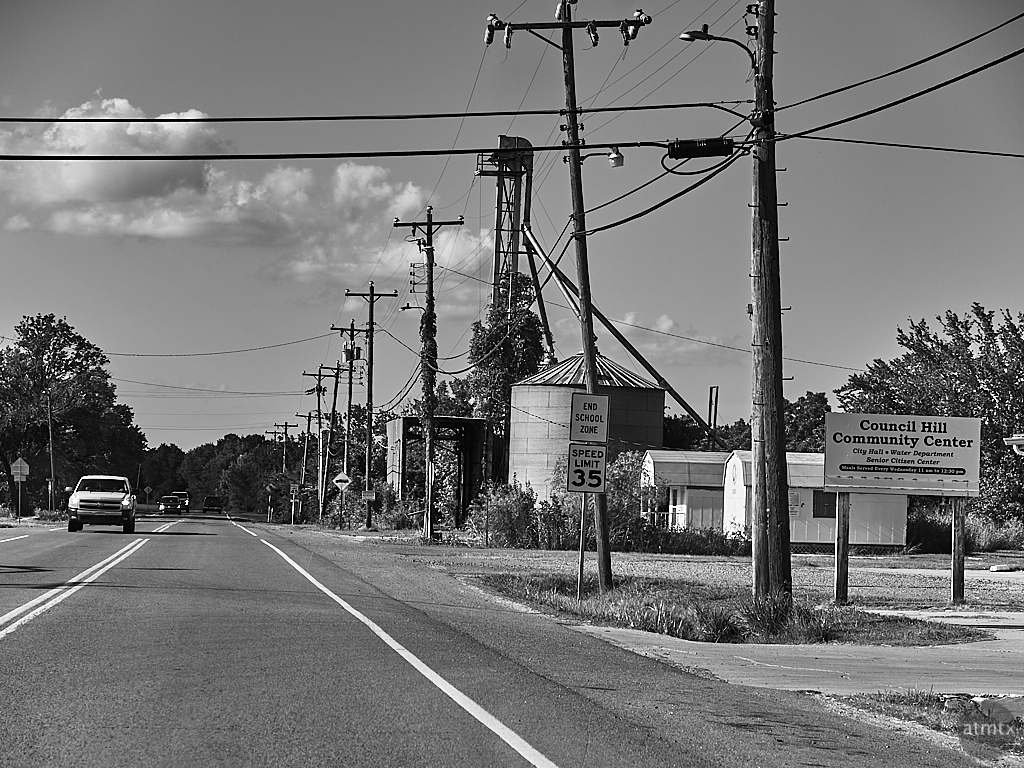 It took some detective work to figure out the towns that I passed through. I didn’t keep records or have GPS coordinates, so I used signs to give me clues. I started with Council Hill and plugged it into Google Maps 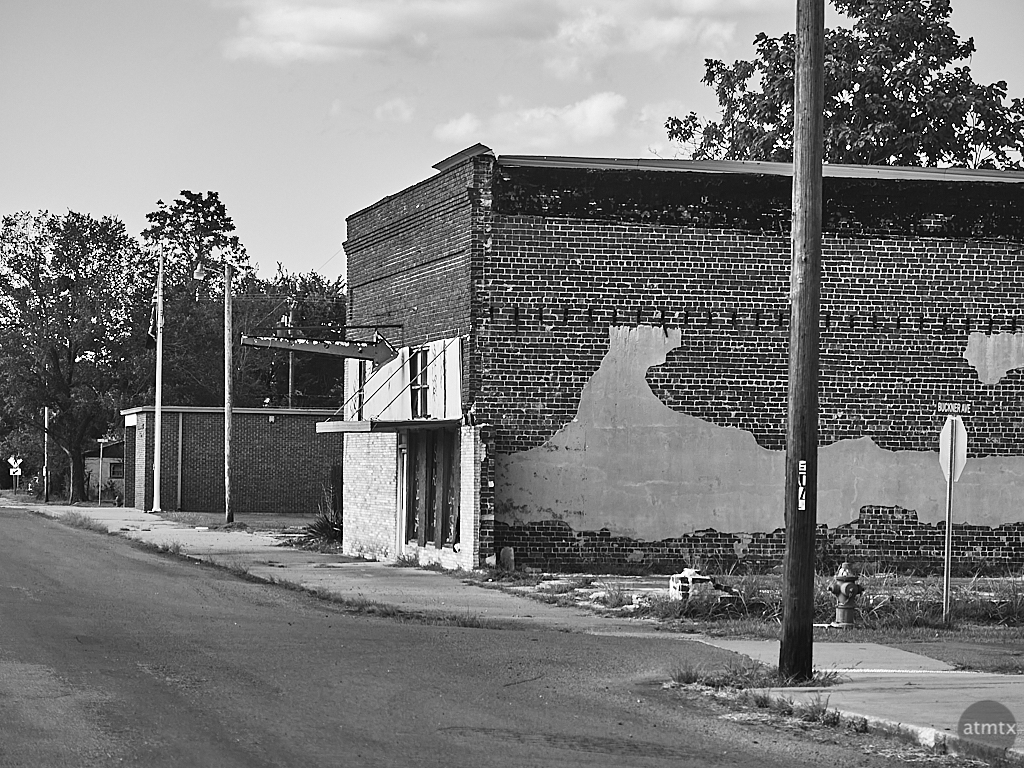 Being a nerd, I then used Google Street view to visually find where I made these photographs. I found these two buildings in the small town of Boynton. They were the hardest to find since they lacked any location-identifying signage. 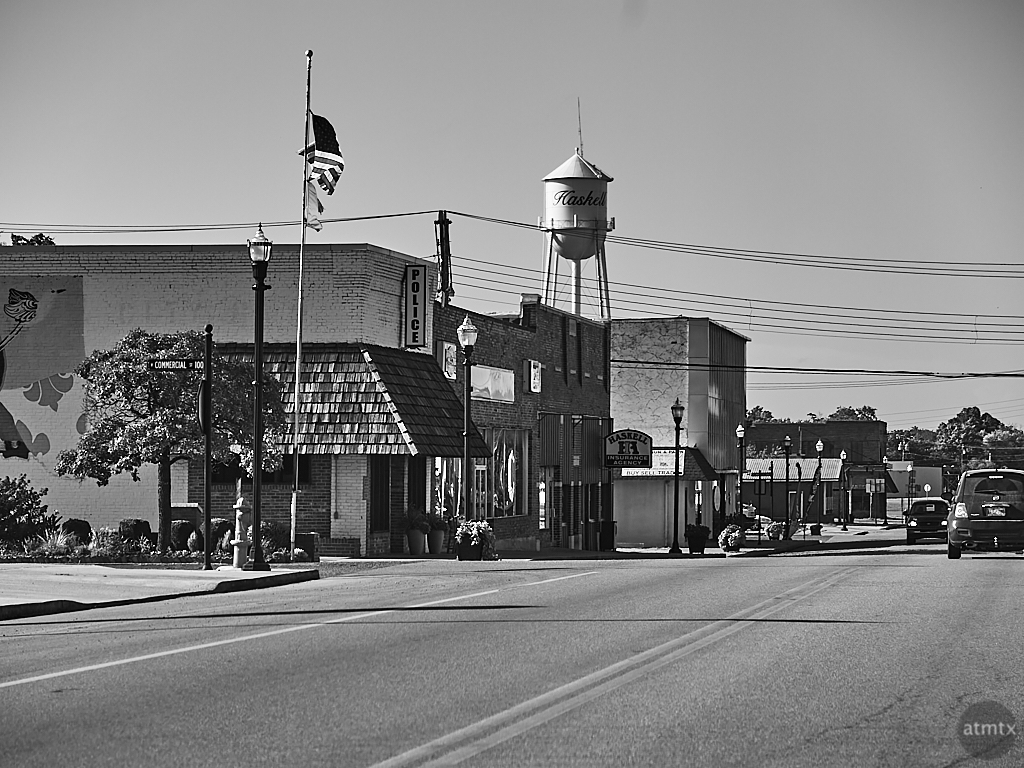 The last small town was Haskell, clearly identified by the water tower. We drove north on US 64, past Haskell, and arrived in the suburbs of Tulsa. Somehow, we had veered off the major highways for a while, adding some time to our journey. Though, it was worthwhile since we got to see small Oklahoma towns that you would miss traveling on the interstate.