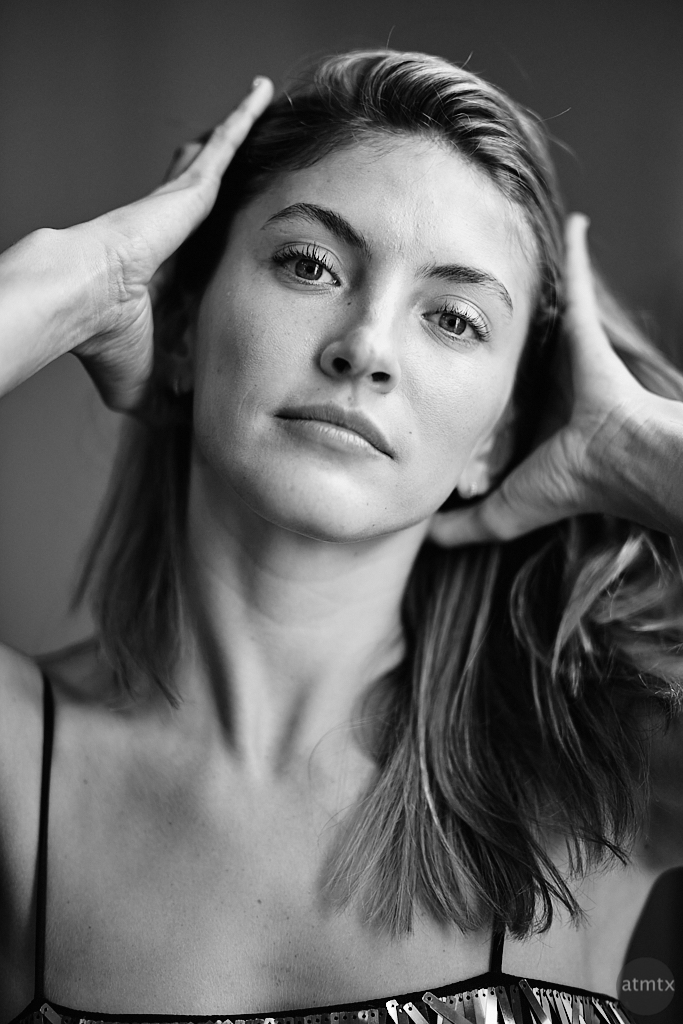 As I reviewed my images from the Fujifilm Studio Event that I’ve been talking about recently, I noticed this rather interesting image. It’s courtesy of the extremely shallow depth of field created by the Fuji 50mm f1.0 lens shot an f1.0. As Morgan switched her poses — by chance — I caught her where just her eyes are in focus.

At this distance, and with the large aperture, there is really a thin sliver of sharp focus — think millimeters. Morgan just happened to look at me straight on so that both of her eyes were equidistant from the lens. However, because of the tilt of her head, her nose, mouth, forehead, and hair are out of focus. The image works because for portraits, having the eyes in focus is the key. This was just a lucky shot, but it also shows the eye focus on the older X-E3 does an admirable job even with the f1.0 lens.

Incidentally, I ran into the Fujifilm representative today at Precision Camera. He asked if I used the Acros film simulation, which is Fuji’s well-respected black and white effect. I didn’t. Instead, I opted for post-processing the RAW in Capture One using my standard black and white conversion technique.

2 thoughts on “Just the Eyes”