I mentioned yesterday that I attended a Fujifilm / Precision Camera event last month. I featured a portrait of Morgan, also seen here being shot by another participant. To keep socially distanced, there was a small number of photographers who were all masked. I got to shoot first. After a number of shots, I passed the baton to the next photographer.

The lighting was all set up by the people in charge. So this was not a class where we experimented with lights. Instead, it was more of an opportunity to use Fuji gear, specifically the GFX line, to make portraits. Yes, if one is cynical, you can say it’s an attempt by Fuji to sell more expensive cameras. But, in their defense, that’s the business they are in.

For me, since I already own a Fuji GFX 50R, I’m already a captive customer. The entire set of GF lenses was also available to borrow for free. However, I just used my GF63mm, which I like anyway for portraits. I did contemplate using the GF110mm f2, which is the classic portrait lens. But, since the lighting was set up for f8 anyway, I didn’t bother. If I were outside, I would’ve loved to use the 110mm at f2 to blur out the background. 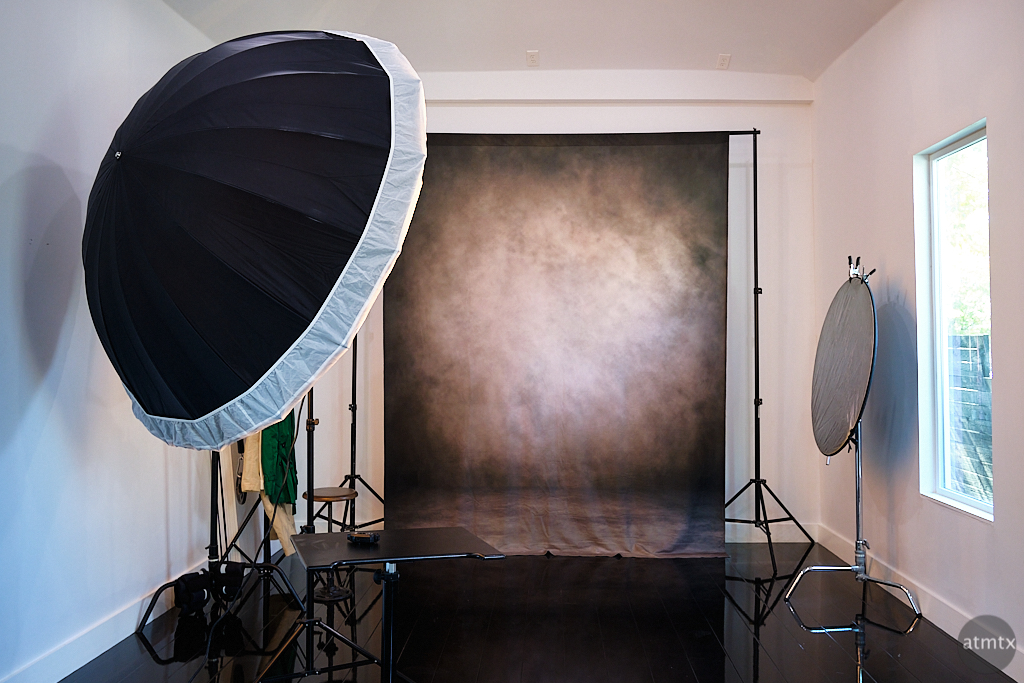 The studio space is fantastic, and it’s owned by a photographer who shoots Fuji professionally. Located downtown, on the east side, it was an old house converted into a portrait studio. Not only did I have fun making portraits, but it was also neat to use a professional space.