After the Porsche Unseen exhibit, I headed west a few blocks to the DC/Warner Brothers event. As a non-badge holder, I couldn’t get into the Warner Brothers festivities upstairs. However, they allowed public access to the DC Comics exhibit on the first floor. They also had a real Batmobile in the back alleyway.

I’ve never been a comic books fan, though I’ve seen most of the Batman movies. The first ones in the early 90s seem decent enough. I preferred them over the campy TV series. Then they got steadily worse. It might have been the 1997 Batman & Robin where I fell asleep in the theater. So did my friend that went with me. I think we ended up walking out halfway.

The more recent reboots seemed darker and better — though I haven’t bothered watching them in theaters. There are so many versions that it’s overwhelming to a casual follower. When this year’s, The Batman, arrived, I was thoroughly unenthusiastic. However, I documented the Batmobile anyway, and I didn’t like the design. The chunky and unsophisticated look definitely seemed like the anti-Porsche. By the way, this Car and Driver article documents all the previous Batmobiles. Which is your favorite? I like the 1989 and 2005 versions.

Then, I recently watched The Batman on HBO. At nearly 3 hours, it may be the darkest version yet. While action-packed, it also had a film-noir detective vibe. I unexpectedly liked it. I’ve now come to appreciate this new Batmobile. It fits with the character of the movie. 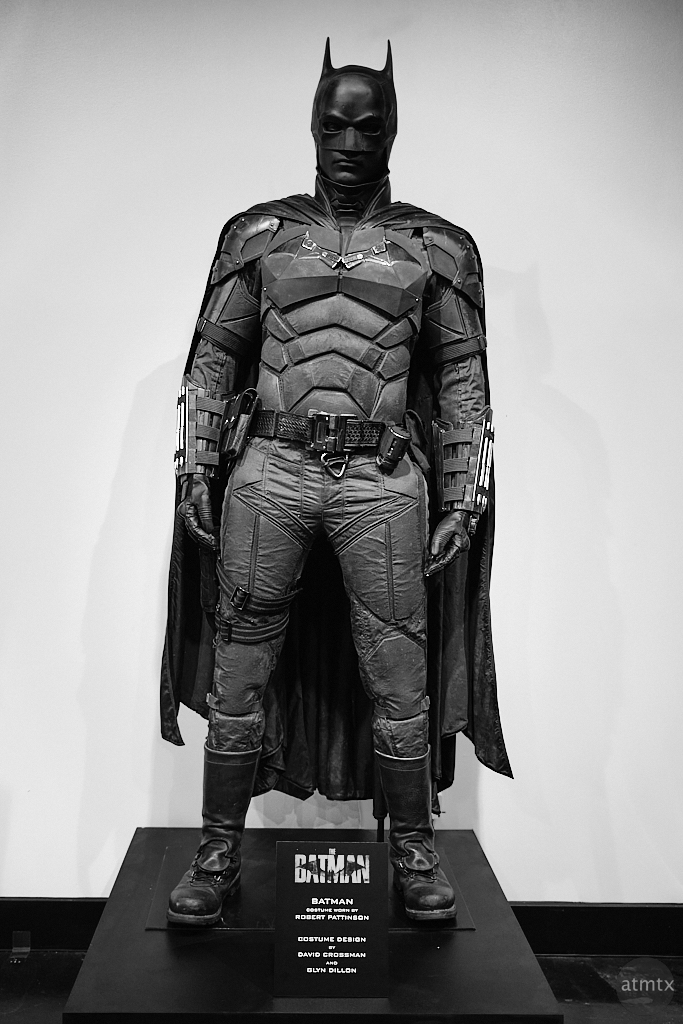 There was also an exhibit of costumes from The Batman. I included this for completeness.

While I had my doubts, I’m glad I kept an open mind. What I didn’t like, I’ve come to appreciate. It seems magical to see actual props that were used in the movie. Making the experience a bit more authentic.

One thought on “Batmobile and Batman”