Here are black and whites from the second day of E-M1 testing. I received my loaner, a pre production OM-D E-M1, from Olympus on Wednesday. On Thursday, I tested it at Drink and Click, a photo walk / social event, which I posted yesterday. These photos are from Friday night. I headed to the heart of downtown Austin and shot along Congress Avenue and 6th Street, despite some heavy rains. I figured, since this Olympus is weather sealed, it should be fine. 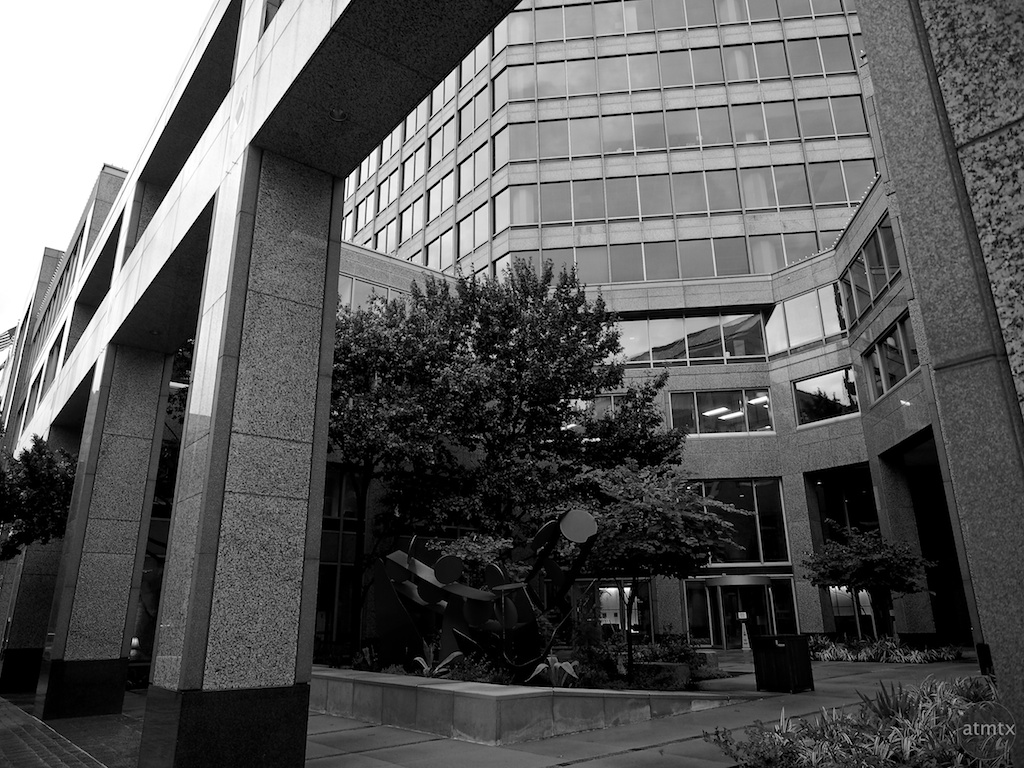 By the time I got there, the rain had mostly stopped so I really didn’t get to test the weather resistant seals. For the first half of my test, I started with the pre production Olympus 12-40mm f2.8 lens. As much as I like to shoot with primes (non zooming lenses), It’s nice to have a zoom to get alternate framings, especially for architecture. Though I’ve travelled these streets often, the 24mm to 80mm equivalent gave me extra range to explore new compositions.

I shot architecture down Congress Avenue, the main north-south street through downtown. As I turned the corner on to 6th, my subjects began to shift from buildings to people. 6th street can be a rich area for interesting people — a haven for street photography. But even on a Friday night, this most famous Austin bar district doesn’t come alive until at least 9:30pm. The bars and streets are empty, getting a breather and preparing for the onslaught that would happen in a few hours. 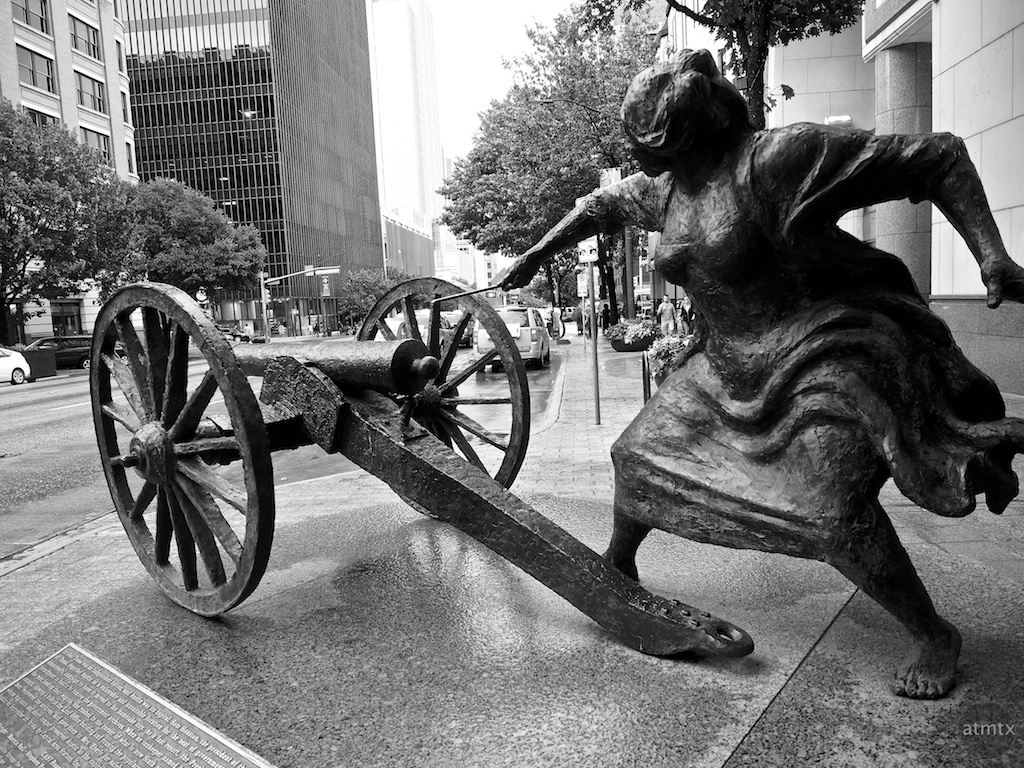 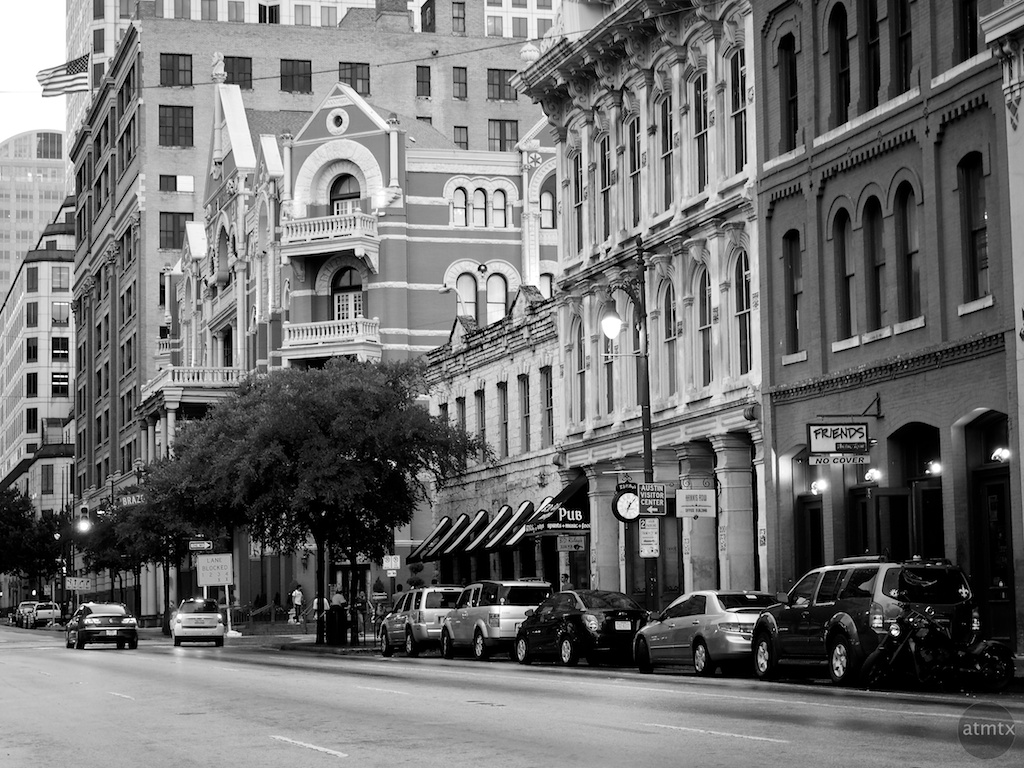 Shooting with the 12-40mm certainly makes it convenient — I’ve never used a constant f2.8 zoom before. The big aperture makes this practically a do it all lens. Standard kit lenses have variable apertures that range from f3.5 to f5.6., which means these cheap zooms collect 2 to 4 times less light. They work fine for day light but as evening approaches or you try to shoot indoors, you quickly run up against its limitations. You are forced to break out that nasty flash, which is what most people do. And unless you use advanced flash techniques, even DSLR photos with flash look only slightly better than a point and shoot. 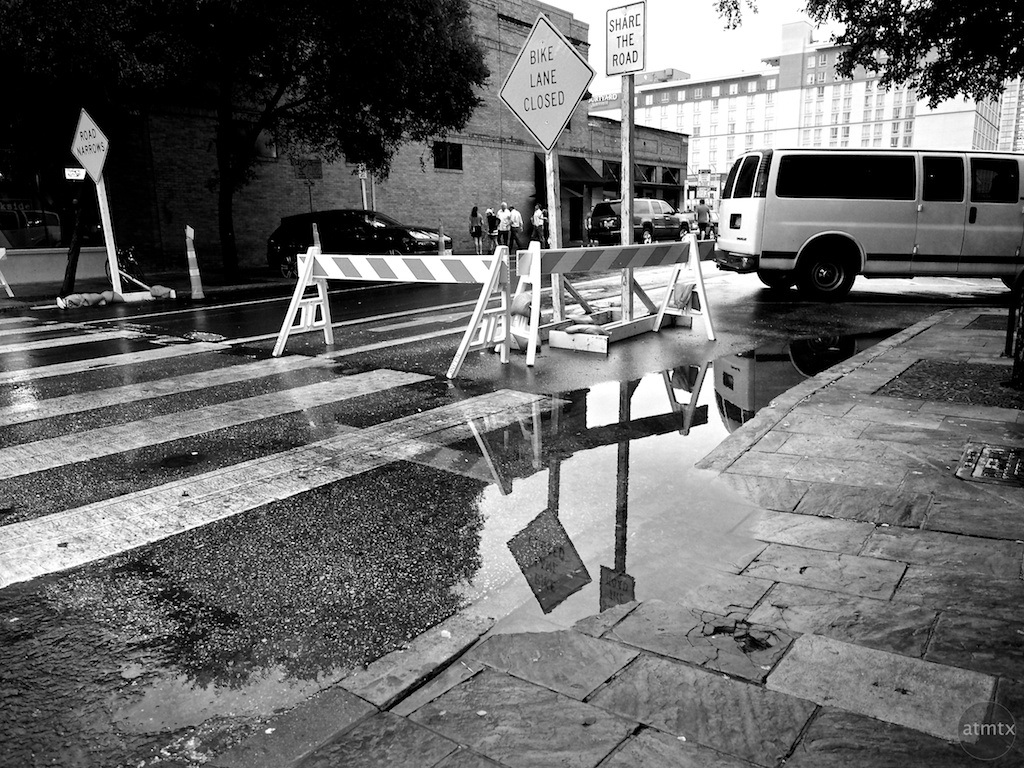 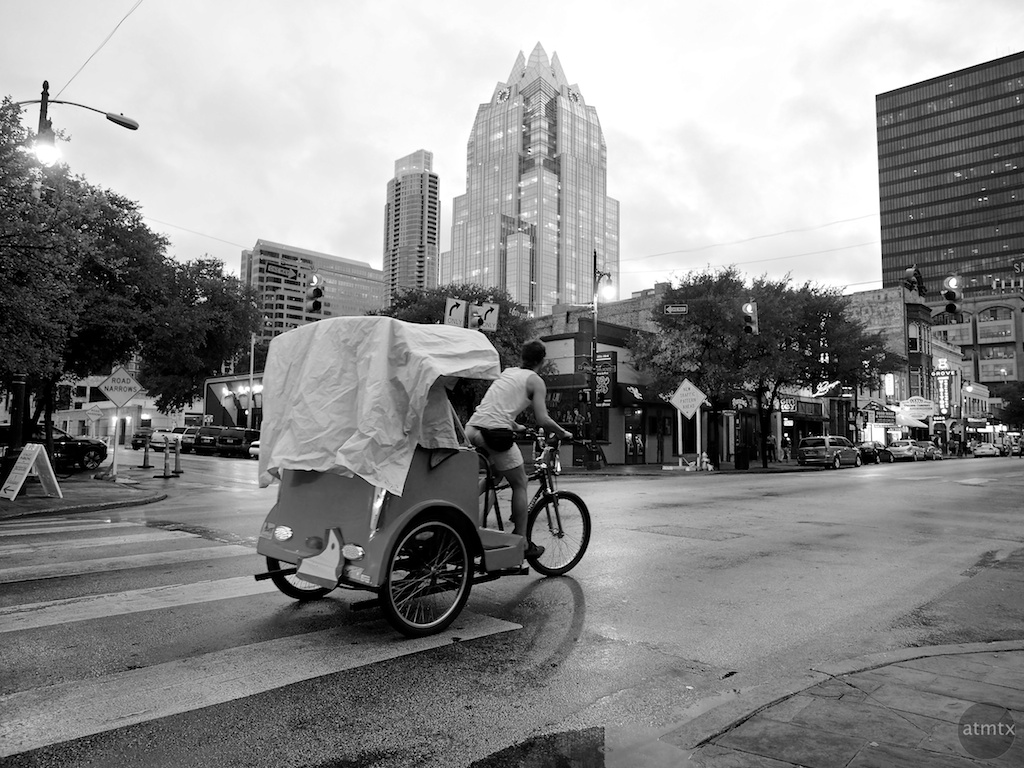 A f2.8 zoom and good high ISO performance, like the E-M1 has, may eliminate the need for flash in many cases. You’re still going to need flash in a dark restaurant but evening shots in the city or indoor photos at normal lighting levels should work fine. The problem with f2.8 zooms however, are the size of them particularly on DSLRs. Sure wedding photographers and photojournalist use them because they have to but these lenses are not for the faint of heart (or for people with weak backs). But the Olympus 12-40mm f2.8 is different. Because the micro 4/3 sensor is smaller, the lens can also be smaller. For about the size of a kit lens on a DSLR, you can have a full-fledged f2.8 zoom. That is one of the big advantages for the micro 4/3. 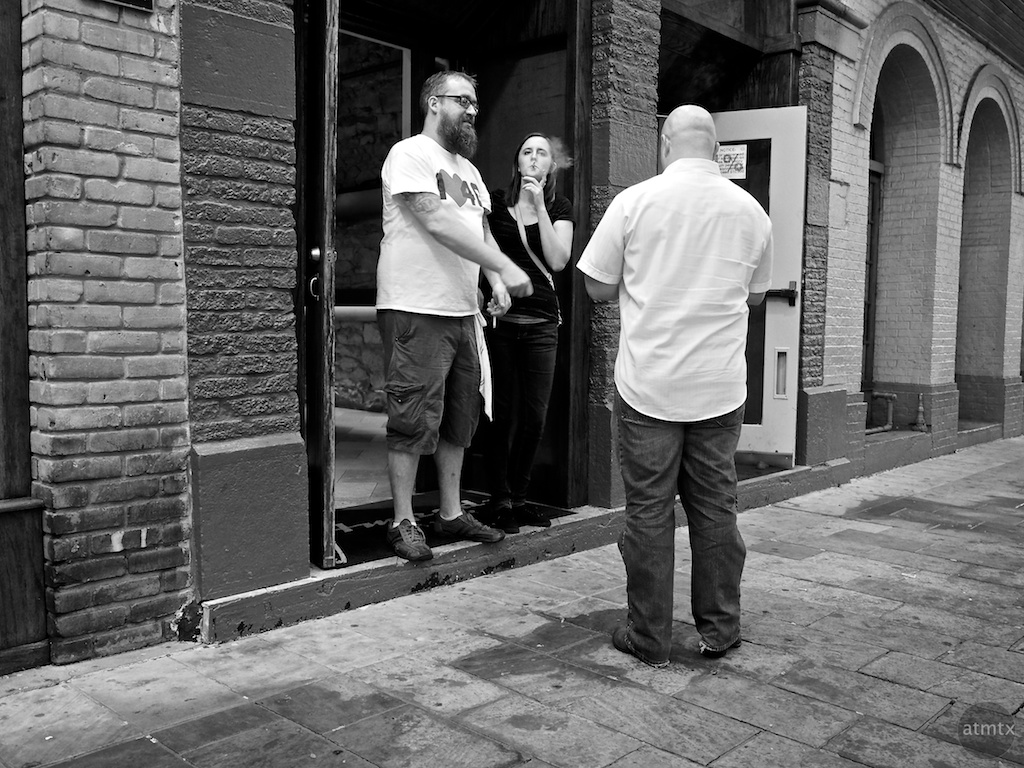 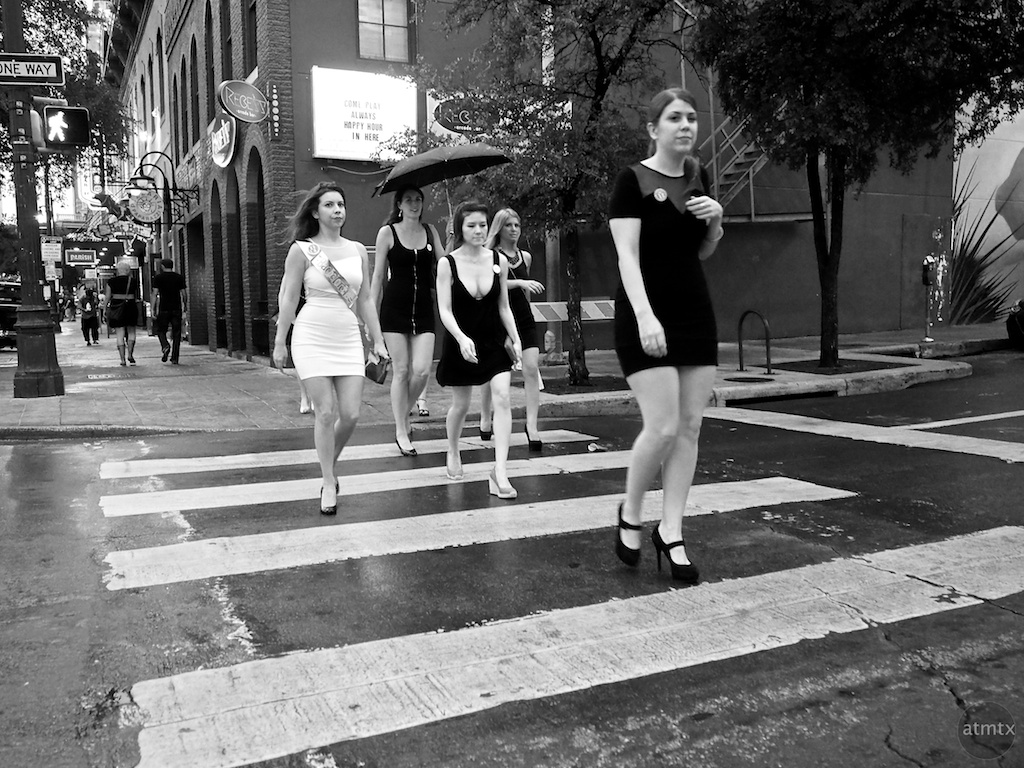 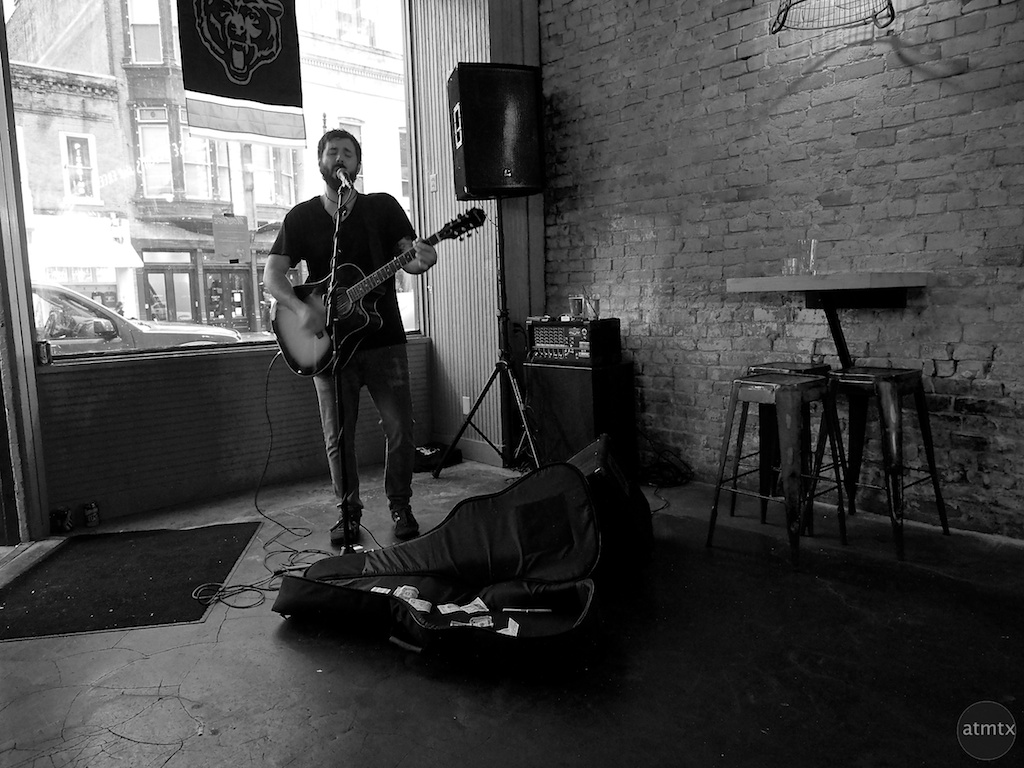 If you don’t need to catch fast action at night, then the 12-40mm zoom may be all you need. I used my f1.4 prime for night street photography. But even a dark street scene like the one below will be possible with the f2.8 zoom. All you have to do is slow down the shutter and boost the ISO. The E-M1’s built-in 5 axis image stabilizer will allow you to hand hold in marginal light. 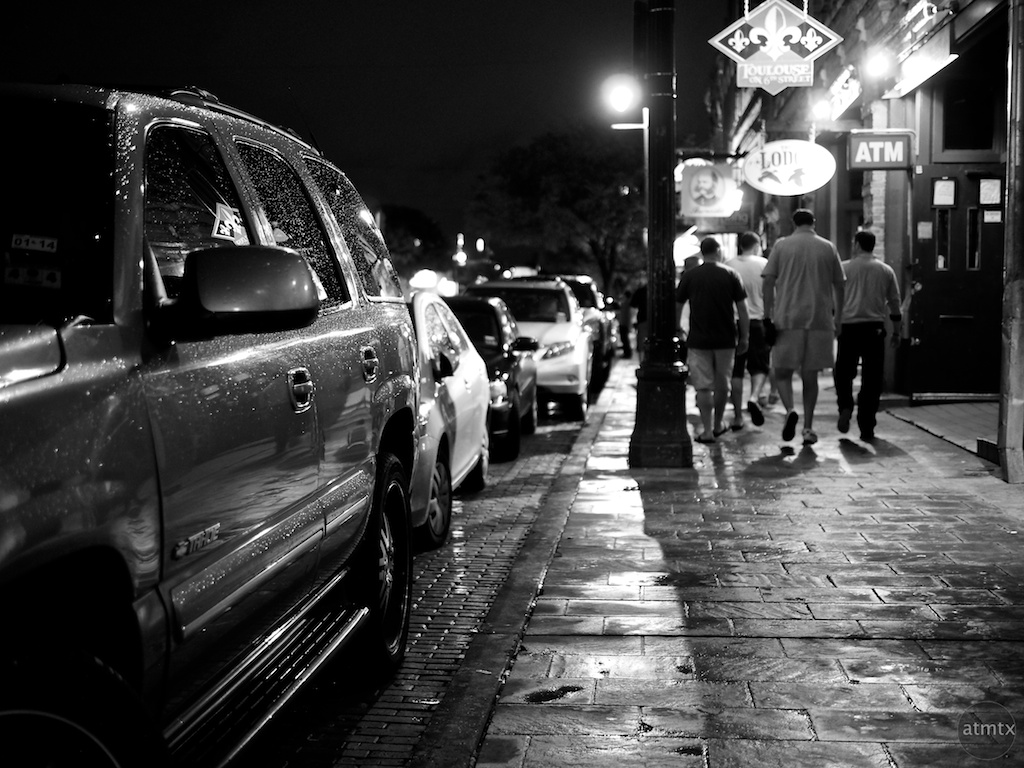 I shot a lot last Friday night. For my next posting, lots of color from 6th street. When the sun goes down and the evening lights begin to glow, I’m in my element. We will see how the OM-D E-M1 does for urban night photography, my favorite.