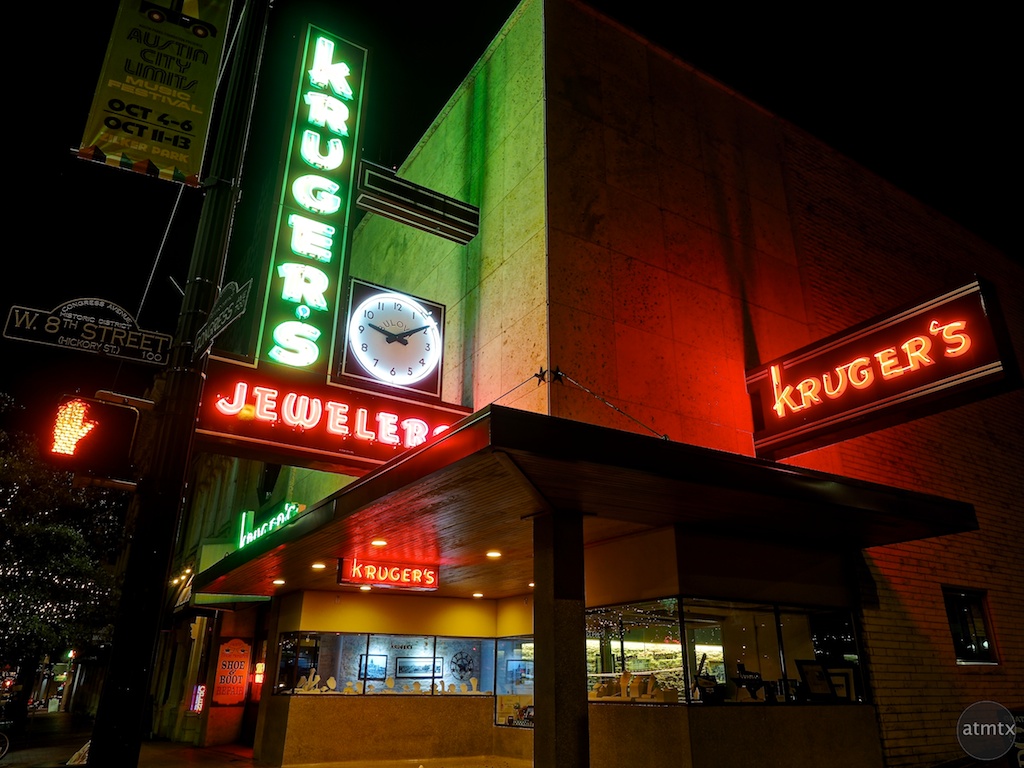 The Olympus OM-D E-M1 now has in camera HDR processing. If memory serves, this is the first time Olympus has added this feature to a micro 4/3 camera. The recent Pens, the E-P5, E-PL5 and E-PM2 include an HDR bracketing mode which does not actually generate HDRs inside the camera. These bracketing modes make it easier to take multiple photographs at different exposures.

As you may know, I’m sort of an HDR aficionado and know a good deal about creating them. I’ve honed my style and technique over the last several years. So how does the in camera processing compare to what I can do manually?

There are many styles of HDR so your opinions might differ. I prefer a natural and realistic rendering. I like lots of color with sharp details but generally dislike the heavy, grungy tone mapped looked. Based on this, I’m not a fan of the E-M1 in camera processing. See how the the neon sign is blown out and the details of the walls, diminished.

The camera has two different HDR settings, shown below, unedited JPEGs straight out of camera. These HDR settings and the HDR bracketing modes are easily accessible from a labeled button on the top left of the E-M1. Even after post processing the Olympus HDR JPEGs, however, I wasn’t able to get them looking the way I liked. I tried to add more contrast, for example, but couldn’t get the crispness I desired. 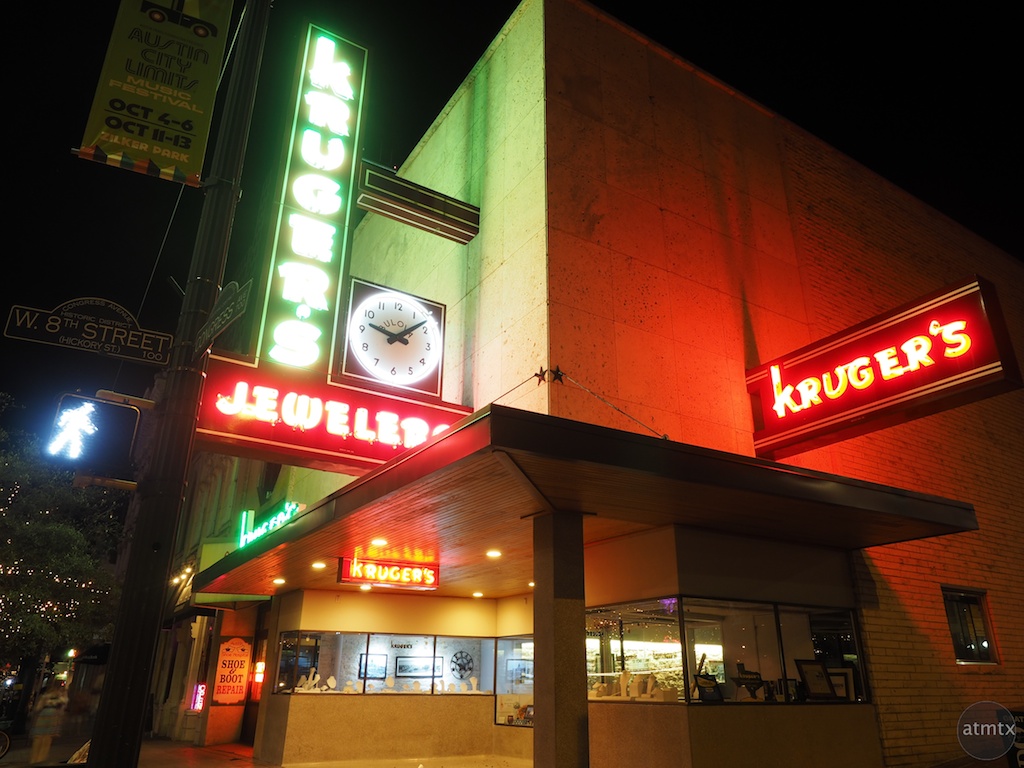 The image at the top is the HDR I created manually. I used the E-M1 bracketing feature, 3 images at 2 stops apart. I used my standard process, creating it using 3 separate programs. I use Photomatix to blend the 3 photos into a single HDR file. I optionally use Pixelmator to layer blend parts of the HDR image with the original exposures. Finally, I use Aperture 3 to sharpen, set color temperature, saturate and apply the final touches. In most cases, it takes me about 10 minutes to create one manually. I usually use RAW photos but used JPEGs in this case since I don’t have a RAW converter for the E-M1.

Keep in mind that the look of a HDR can vary quite a bit depending on what is being photographed. Shooting nature during daylight might work a lot better, for example. I didn’t have time to extensively test this feature but the several HDRs I’ve created that night had a similar look. These urban night landscapes are my favorite HDR subject so that’s the kind of photos I used.

Finally, my Sony NEX-5 from a couple of years ago also has in camera HDR. I prefer the NEX-5’s in camera processing a lot more, though the Olympus user interface is a lot better. I wish I had the time to shoot the same scene from the Driskill Hotel. That would’ve been an interesting test.