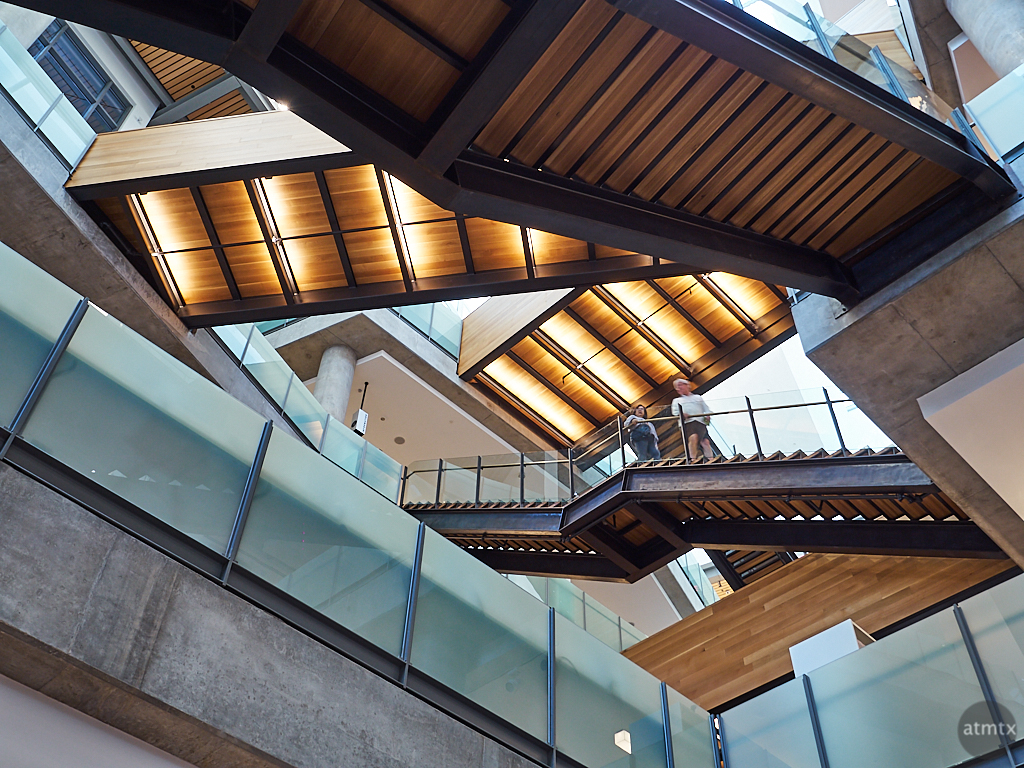 There are people in Austin who doubted a need for a new central public library. After all, in a world of Google and electronic books, who needs an old-fashioned paper book lending system. But there’s an opportunity to redefine what a library is for the 21st century. Instead of a research and book lending system, how about a community center where people can interact in person and share the act of exploration and story telling. That’s what I hoped the new library will become, and from what I see, the Austin Pubic Library has succeeded in this effort.

The architecture is dramatic, light filled and inviting. It encourages people to explore and linger. What initially seems like a disorienting conglomeration of stairs and bridges starts to make sense, after a while. The open areas that face the central core are social. Tucked away, away from the noise and activity, are the serious reading and research rooms.

Interior and exterior decks overlook the changing and growing Austin skyline. Portable computers can be checked out for a couple of hours, which augments a bank of readily accessible desktop computers. And there’s even a cafe and a future restaurant that completes this social space. Is this still a library? Well, they still have books for checkout, of course. But it’s updated for the new century where meeting people, physically, in a public space become even more critical. After all, so many people now just interact passively, online.

Electronic communication is important, but it’s a pale approximation of meeting someone in person. This central library is not a place of electronic simulation. It’s a place where you see, greet and talk. And if this place can foster communication and allows people to share disparate points of view, I think it has succeeded in its mission.

So without any further words, here’s a dozen more images of the interior. Hope you enjoy them. 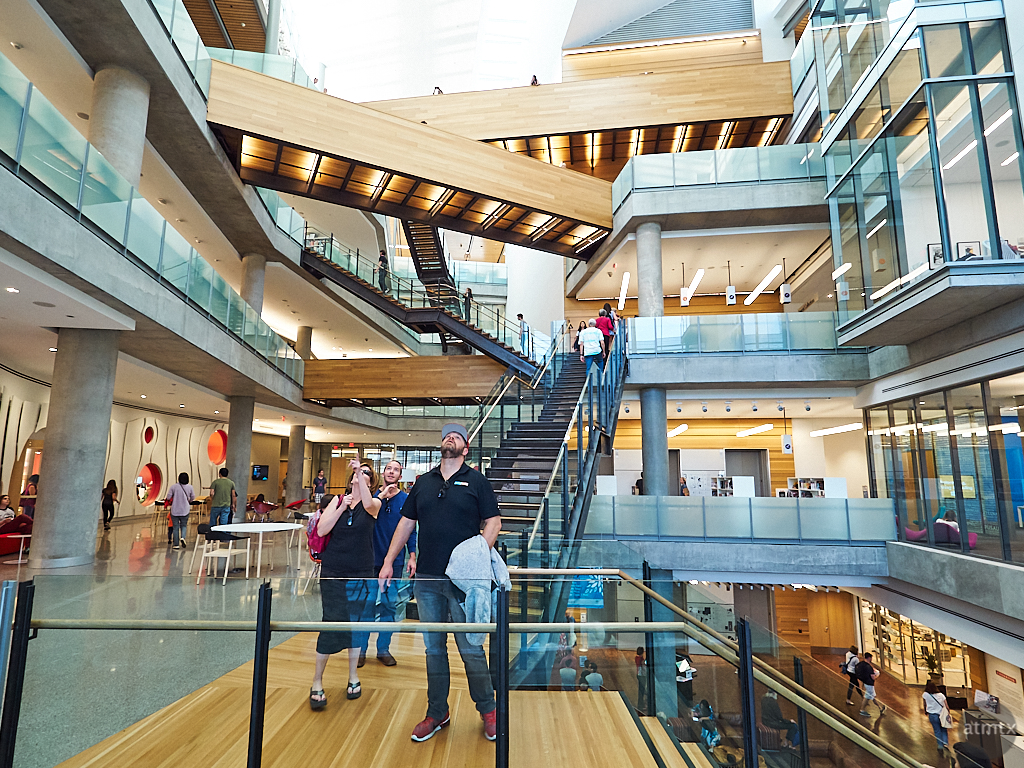 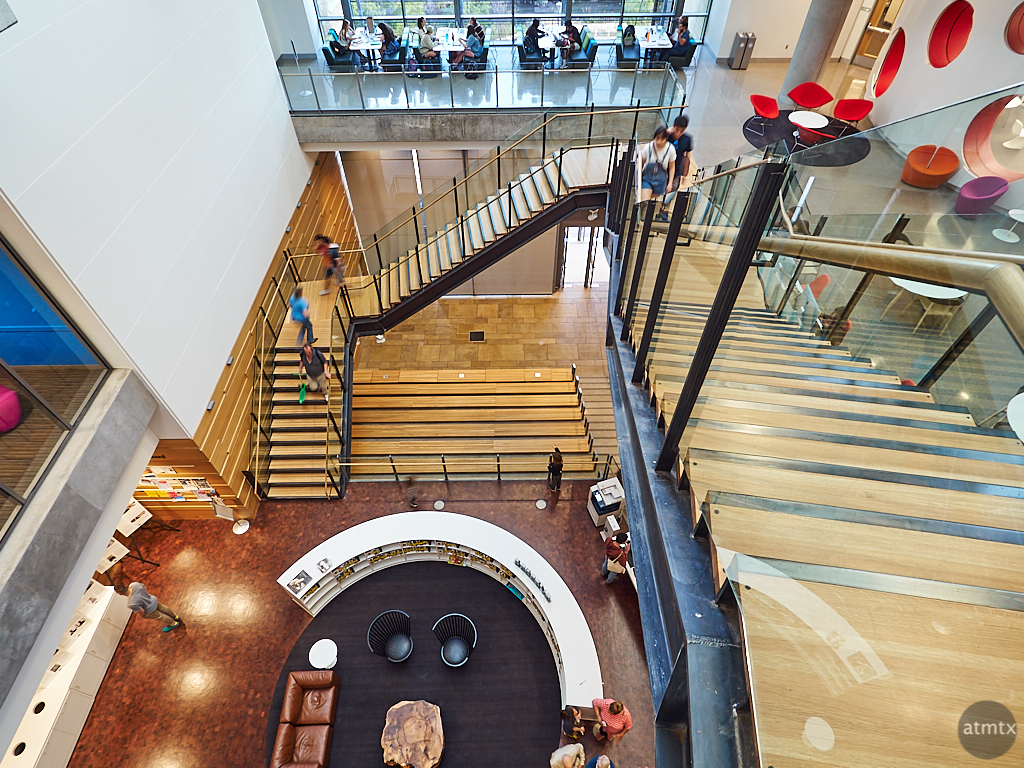 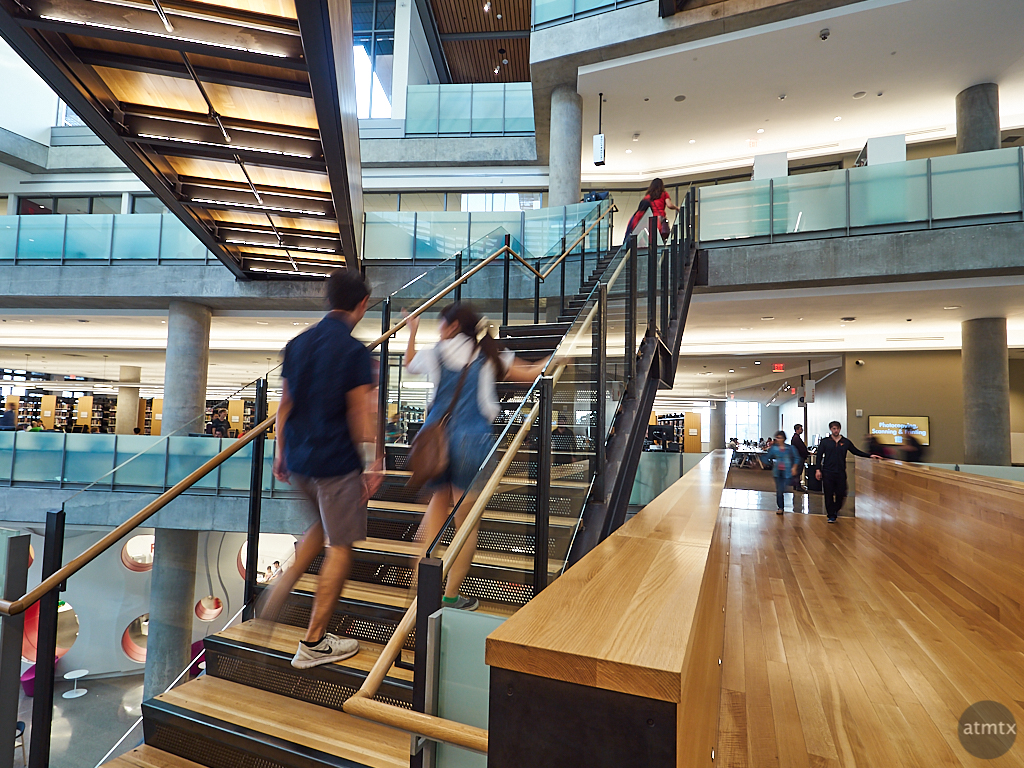 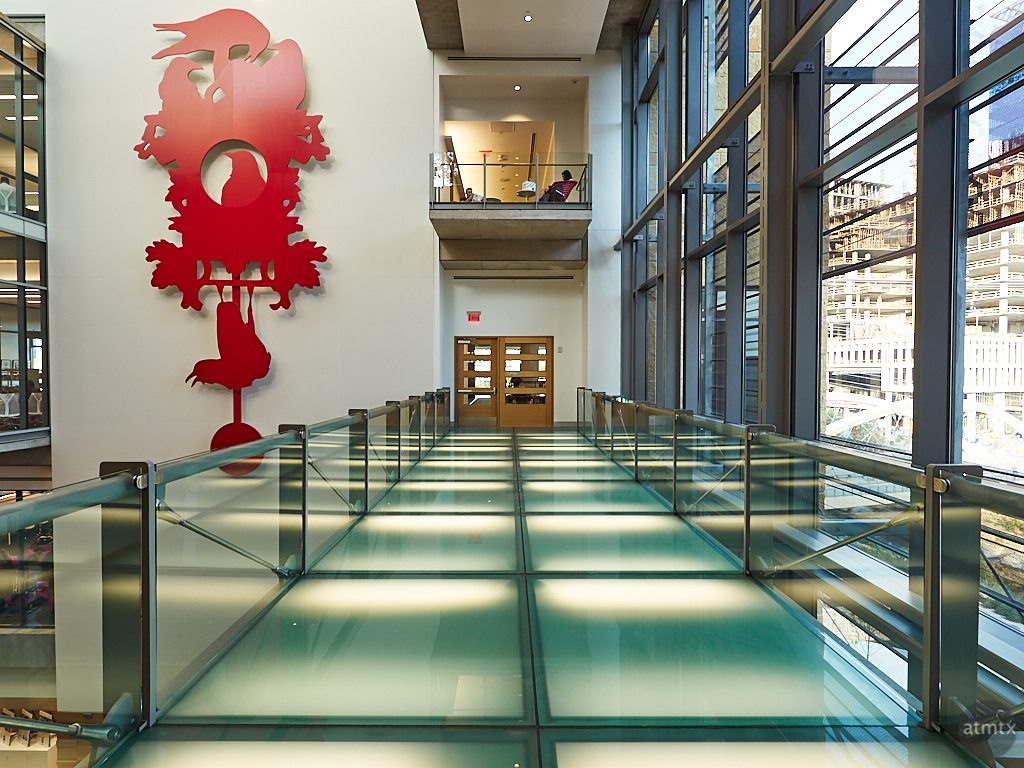 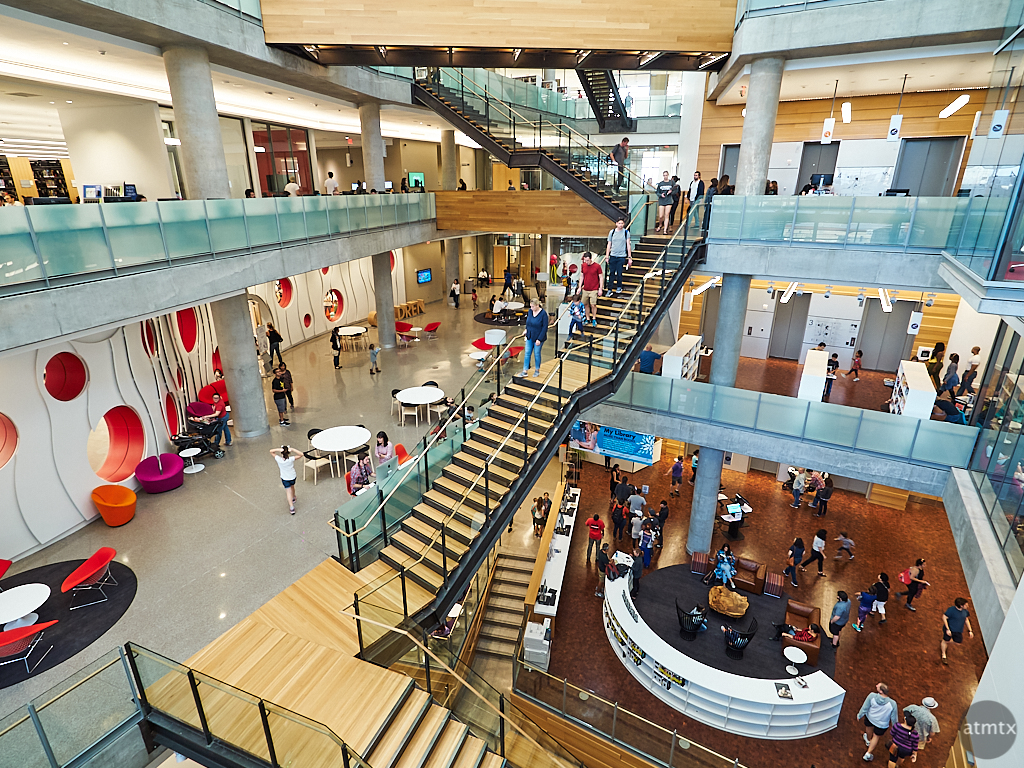 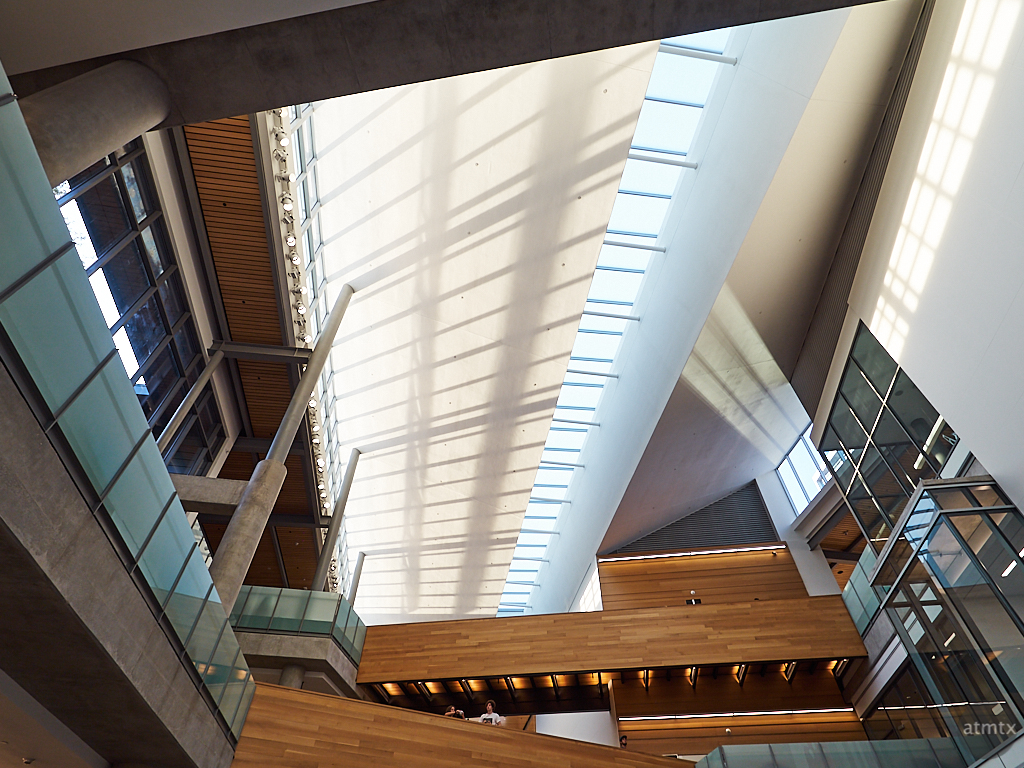 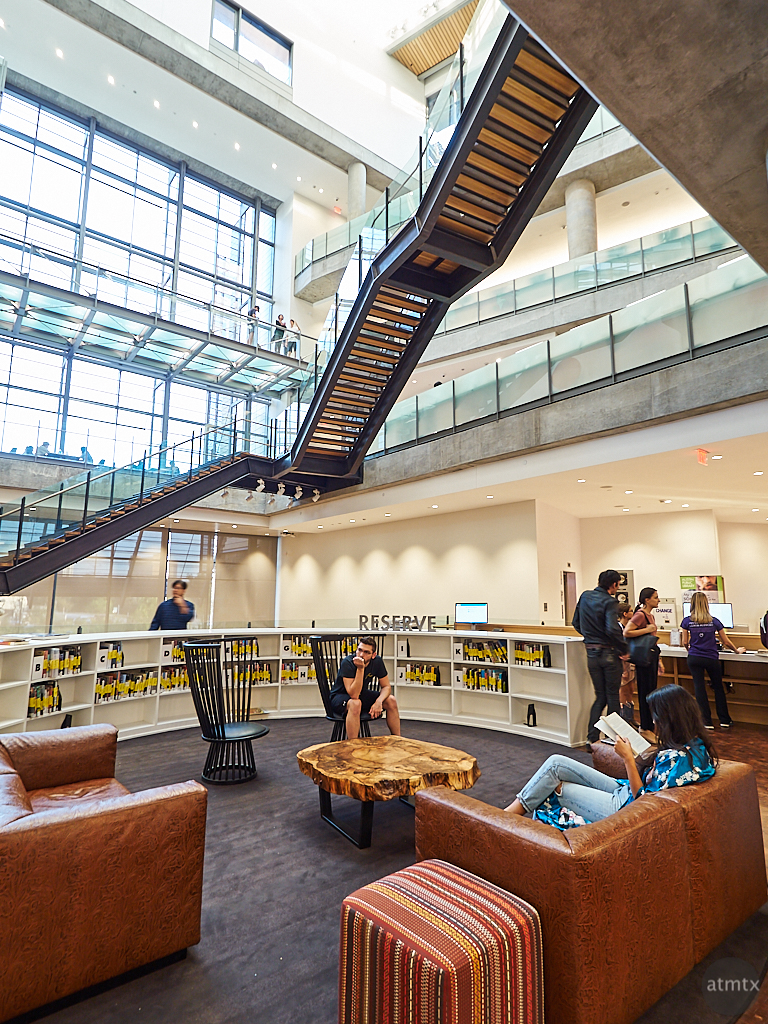