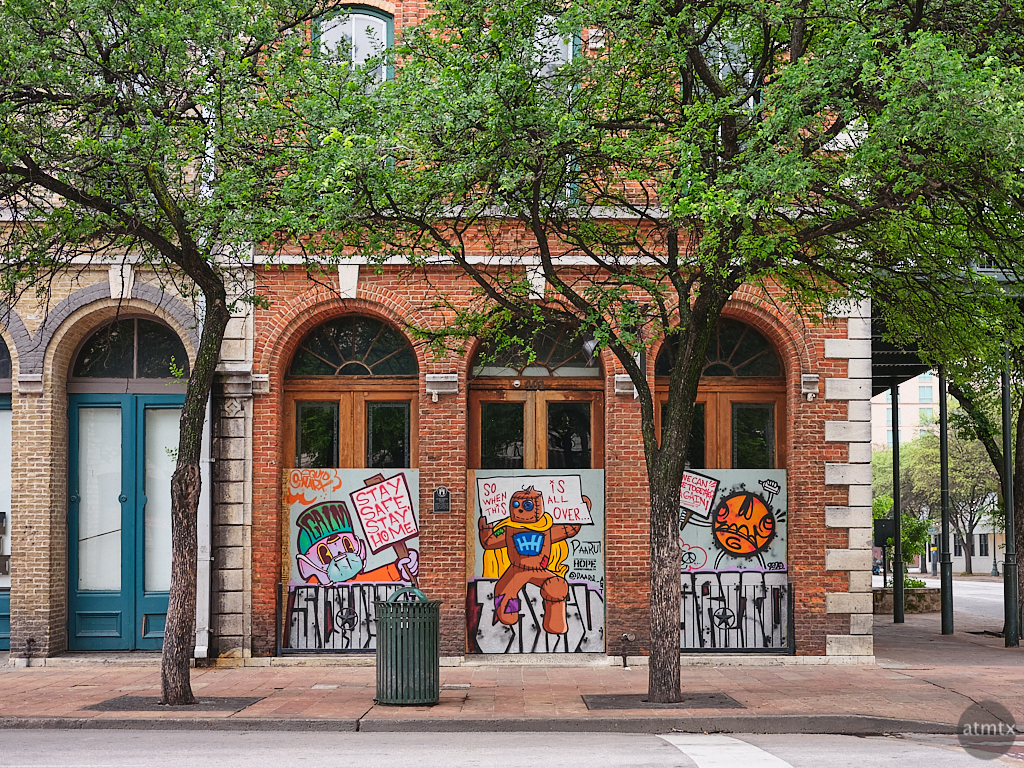 During the first lockdown of downtown Austin during the pandemic, in March and April, plywood was put up to protect the closed businesses. Most were bars, particularly along East 6th Street. In short order, the plain wood was adorned with colorful murals. Artists had swooped in to lesson a scary and deteriorating situation.

I visited a few times to document. The area was devoid of most people. The unfortunate homeless remained, struggling more than usual. I noticed photographers, too, drawn by the historic occasion. The rest of downtown was eerily quiet.

I took a different approach than most, capturing the colorful murals as well as the architecture of the buildings themselves. That put the works of art in context to the overall streetscape. This approach was also born out of necessity. I used the Fujifilm GFX 50R with 50mm f3.5 prime, which gave a fixed 40mm equivalent. The lens was not wide enough to capture the entire mural close up. Thus, I made these pictures from across the street and cropped in. The high-resolution 51MP sensor afforded me this option. 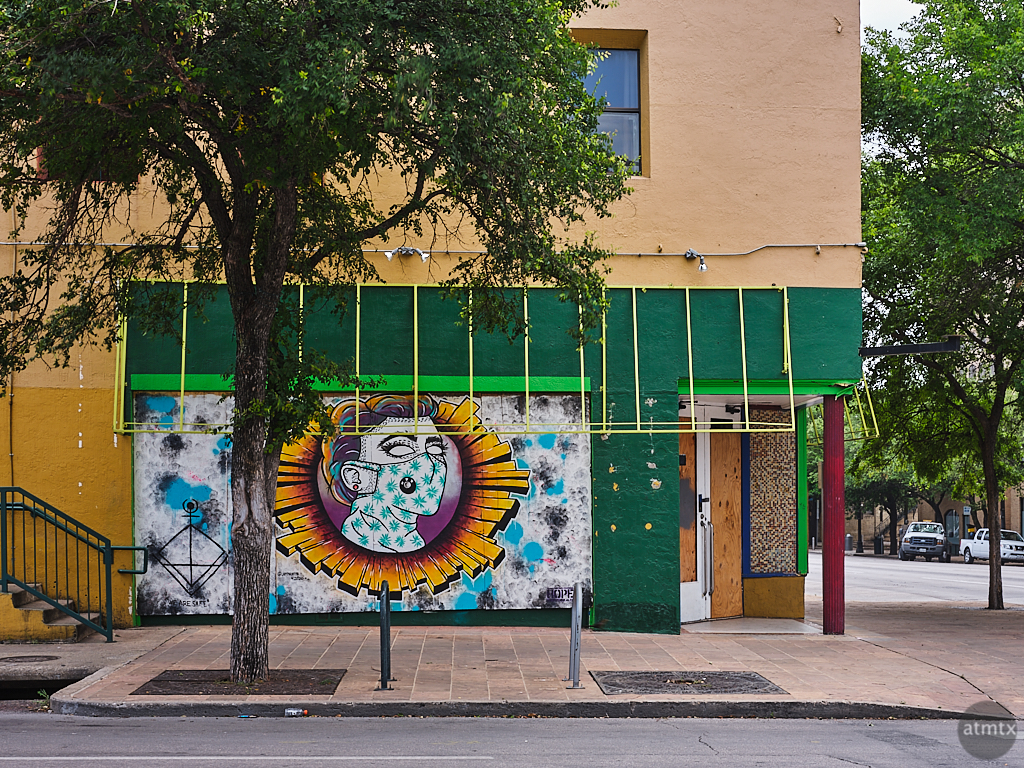 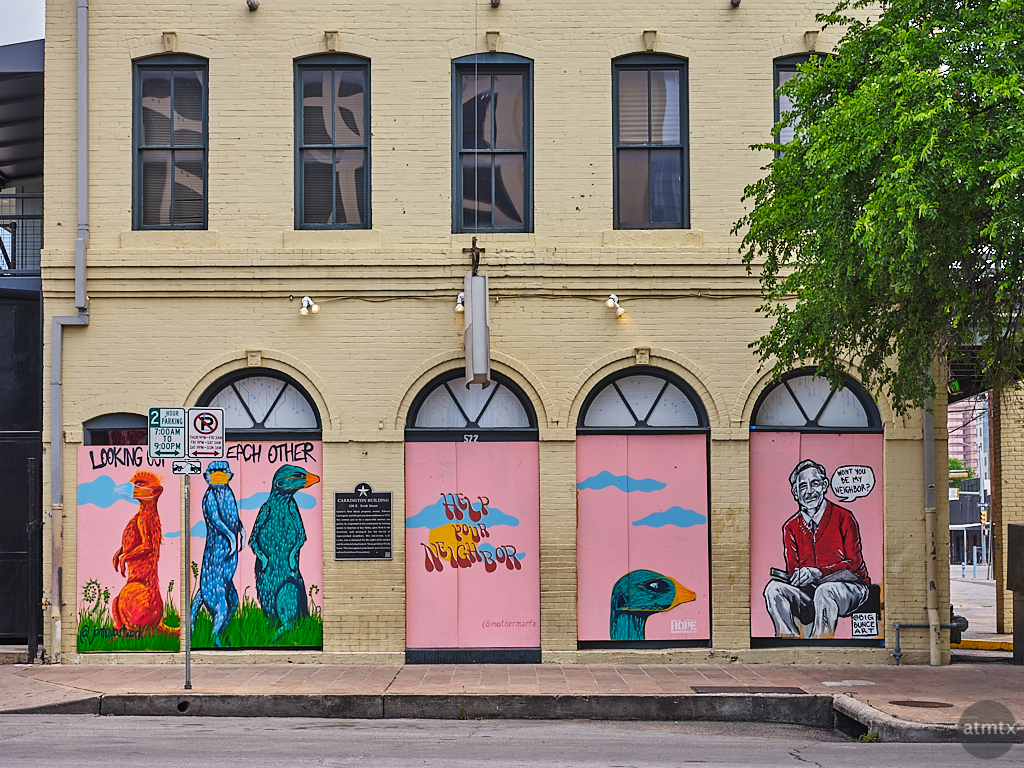 There were fewer parked cars than usual, and I was able to shoot most buildings without the clutter of vehicles. Alas, not all of them, unfortunately.

I corrected any perspective distortions with post-processing and also cropped so that you see a similar framing for each structure.

You may recognize these murals from yesterday’s pandemic portrait of Katharine and Wesley.

I’ve mixed two different days of shooting in this photo essay. On my first visit on April 5th, I shot handheld. When I discovered that more murals were added, I made a second visit on April 28th, where I was more methodical using a tripod.

However, I visited downtown consistently in February and March, as part of my A Changing Austin series. I made this photograph of the Joseph Nalle building in late March, before the murals was added. 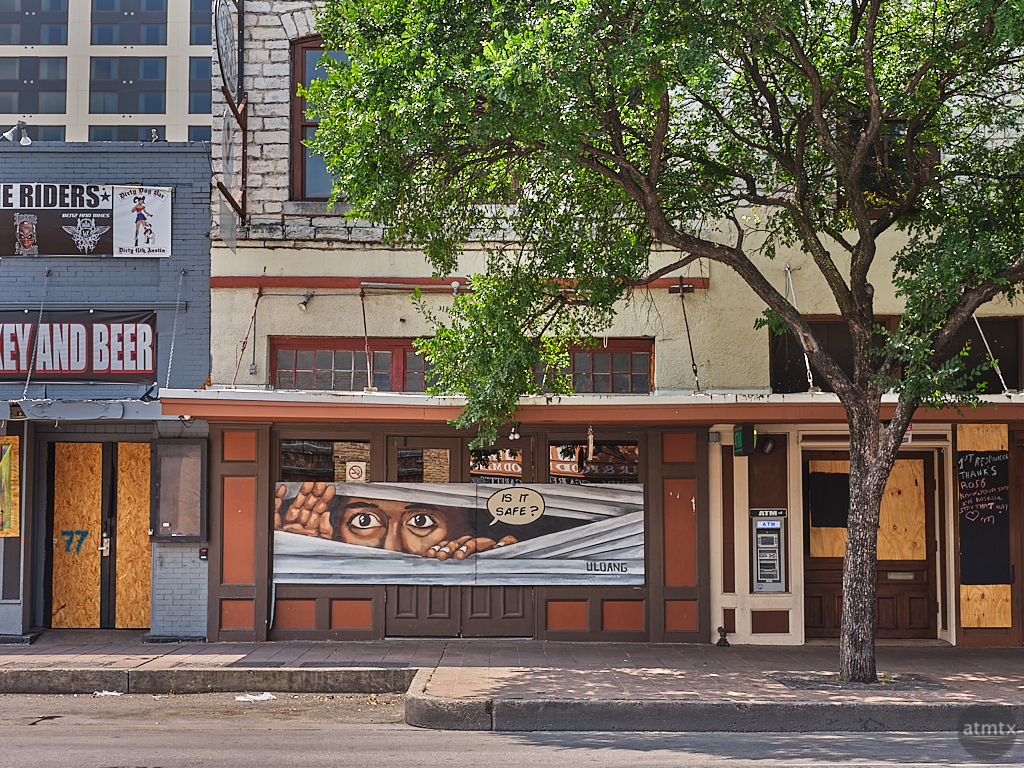 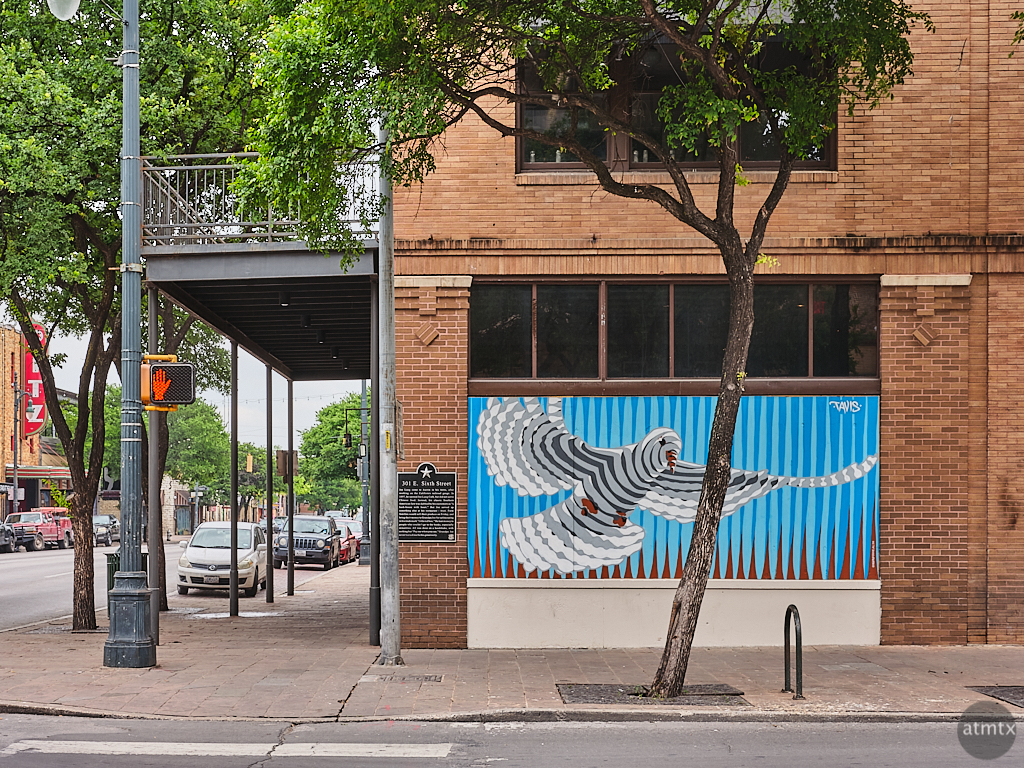 I captured all of the murals in this section of East 6th in April, though I have not displayed them all in this photo essay. I wasn’t fond of some aesthetically, particularly due to the placement of cars. With my second camera, the Fujifilm X-T10, I also made closeups of each. Perhaps someday, I’ll share those too.