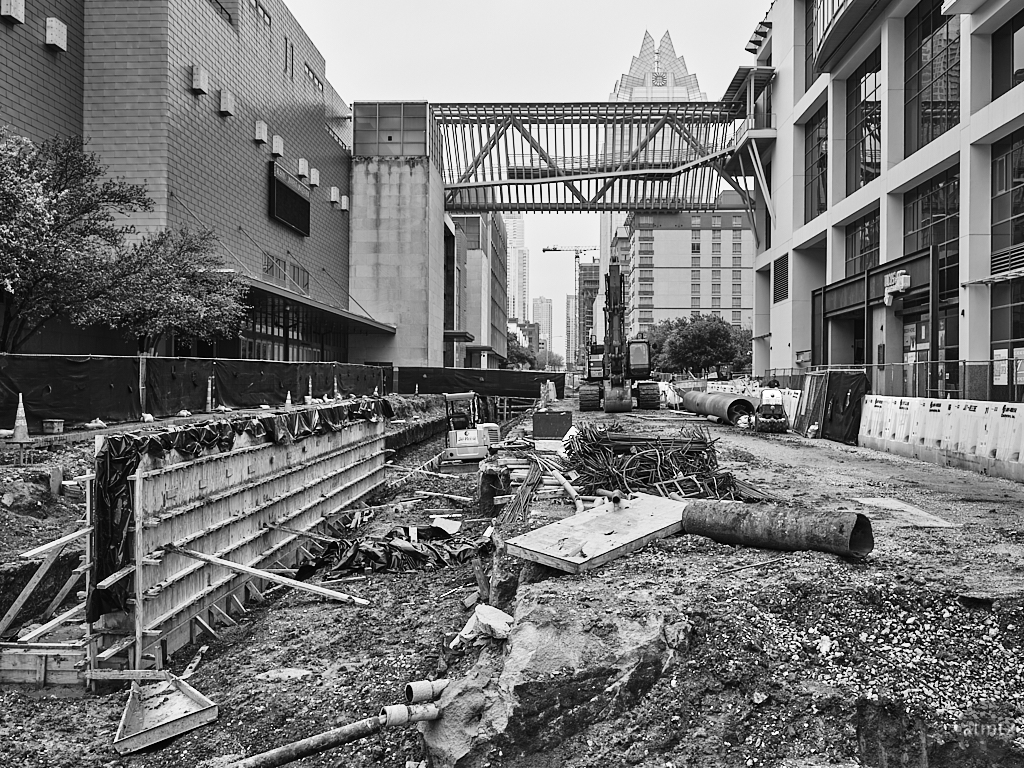 We have a commuter train in Austin, a rather humble one by any measure. But, we are slowly beefing it up. The rebuilding and enlarging of the downtown station is a significant improvement. It will eventually have two tracks so the volume of the trains can be increased.

The building on the left is the north side of the Convention Center, and the sky bridge connects to the Hilton Hotel on the right. During SXSW, this area is congested, with long lines waiting for the limited service. Hopefully, the newer station and more frequent service will alleviate that. Landscape improvements will tie the Convention Center to Brush Square Park across the street.

There are even more elaborate plans for future system expansion with multiple train lines. One is supposed to go from downtown to the airport. The most ambitious part is for a short underground tunnel with a few stations — sort of a mini-subway. All of this hinges on the ballot measure on this year’s election.