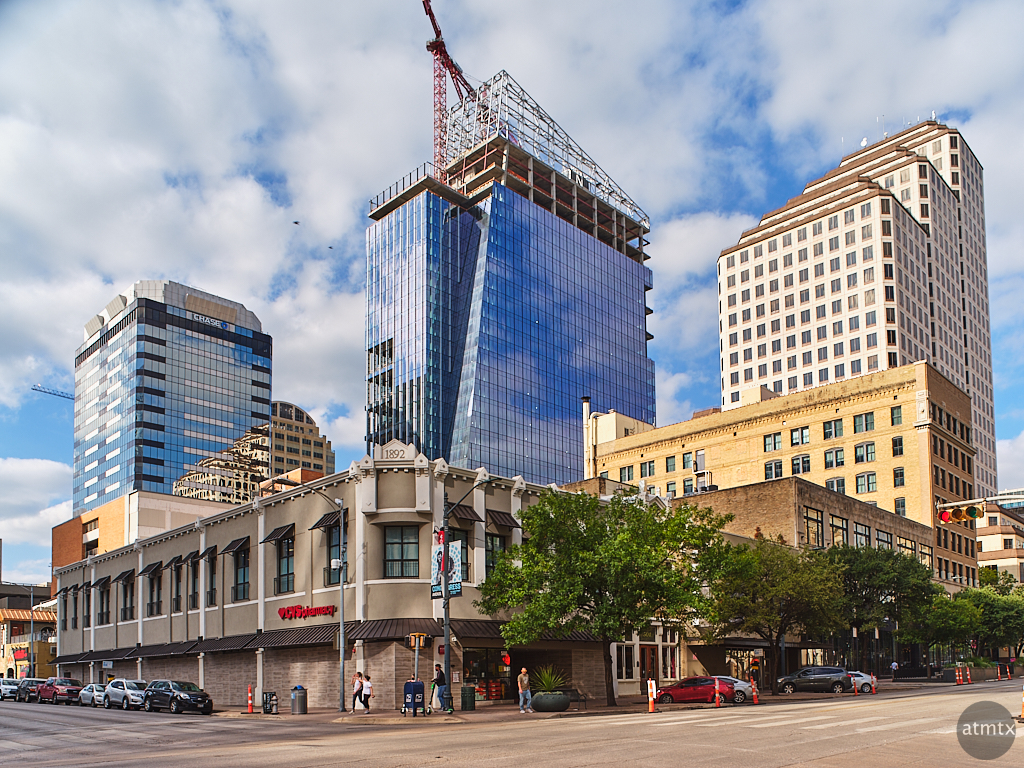 After making this picture of the new Indeed Tower rising, I realized it represented 130 years of Austin’s architectural evolution.

Upfront, we have a two-story building built in 1892, which now houses a CVS pharmacy with all of its original facade covered. The yellow brick building on the right is the Scarbrough Building, completed in 1910. At 8 stories, it’s considered Austin’s first skyscraper.

Finally, in the middle, we have the Indeed Tower that is currently under construction. At 36 stories and 141 feet taller than One American Center, it’s topped out and has reached its final height. The Indeed Tower is far from the highest in Austin, however. The Independent Condominium is 148 feet taller and is currently Austin’s tallest. And under construction, 6 X Guadalupe is scheduled to be 847 feet and 66 floors tall, another 157 feet taller than The Independent.

Austin’s first supertall at over 1000 feet is in the initial planning stages. If built, it potentially might be the tallest in Texas. Beating out the skyscrapers from Dallas and Houston, which are much larger cities. We will see how long Austin’s current building boom will last.

2 thoughts on “130 years of Architectural Evolution”