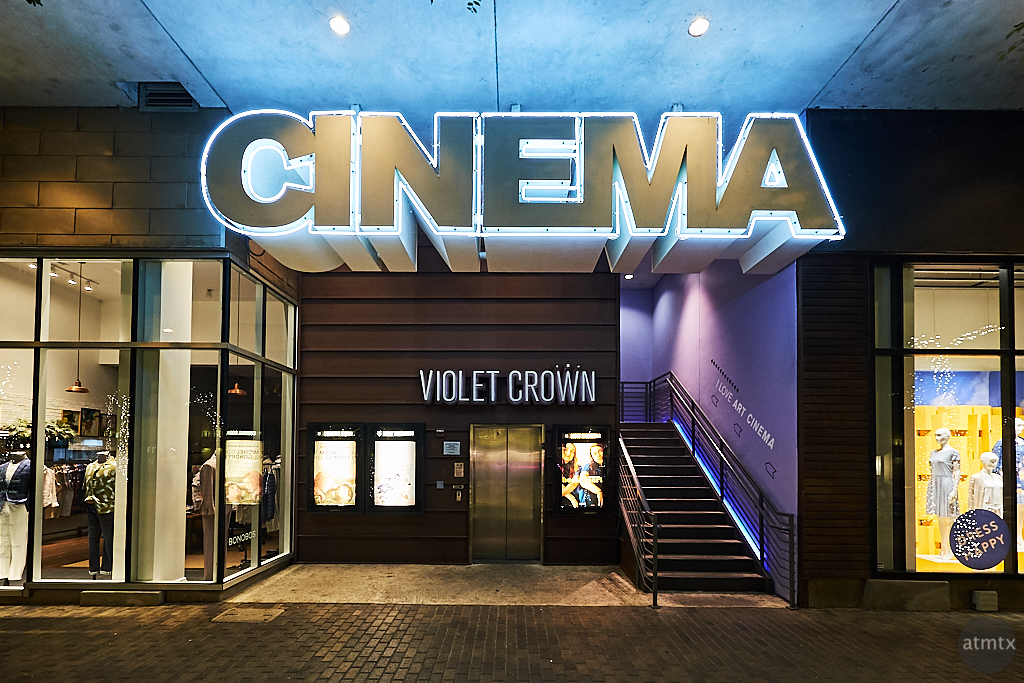 I’ve always admired the design of this movie theater. It’s one of those art cinema places often featuring independent, international, and documentary films. I remember it was playing “Finding Vivian Maier”, which I didn’t watch there, though I caught it later on Netflix. In fact, I’ve never watched a film at the Violet Crown. I should make the effort to go if only to support local businesses. I’m not into international films but I do like documentaries.

This is the last super-wide-angle photo of this series. I shot all the photos from the last nine posts on the same night, testing out the Fujifilm 10-14mm f4 lens which I bought earlier that day. I started out with some uncertainty about the lens. I was struggling to make compositions that I liked. But the super-wide pictures I made of the library interior made me happy. And, the subsequent photos were okay. It’s a work in progress and I’ll need to shoot more to get it dialed in. It’s a specialty lens that works really well for certain subjects.

With enough wide-angle architecture for a while, I’m going to feature a new mini-series starting tomorrow. Different subject, different style, and different equipment. Nothing out of the ordinary for me — just a change of pace.

3 thoughts on “Cinema with Style”